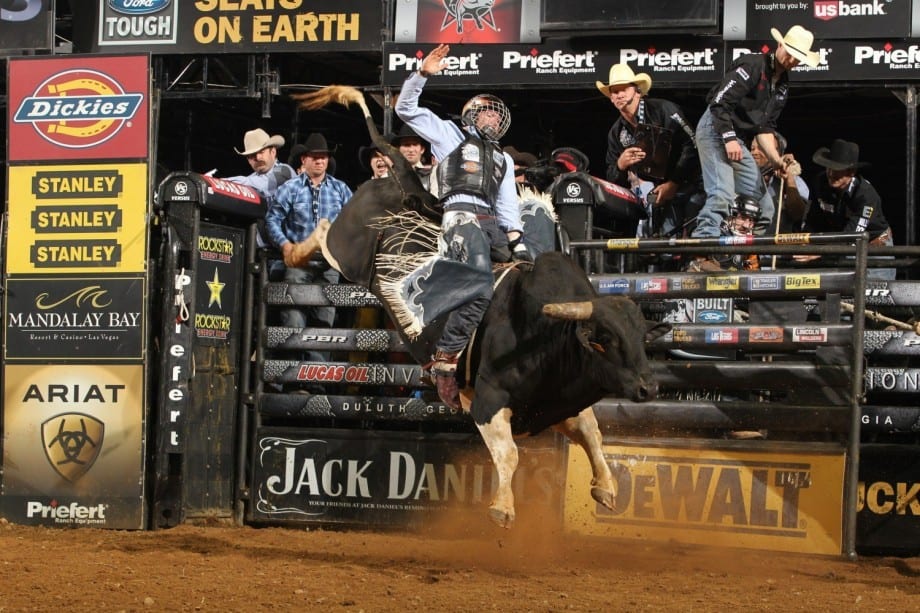 Debbie Fincher looked at him.

“You have a very sick child, and I don’t think he’s going to make it through surgery. If he does, he won’t live long after that.”

Debbie returned to the waiting room crying hysterically, harrowed by the hellish reality that the next purchase for Travis, instead of Christmas presents like every other sophomore in high school, may be a coffin.

“They said—they said he’s not going to—make it,” she choked, her body convulsing uncontrollably and slowly crumbling to the floor as if every joint was collapsing.

Her brother grabbed her. Then he slapped her in the face.

“I don’t want to ever hear words like that come out of your mouth,” he said sternly. “God is not going to let him die.”

“It drove me nuts because I was the one that did it.”

After spending Thanksgiving in Colorado Springs with his mother, Travis went to his dad’s house for the weekend in Edgewood, New Mexico, just east of Albuquerque.

Travis, his father George and his cousin Levi were wrestling in the living room like they always do, when all 185 pounds of George and 140 of Levi landed on the delicate 120-pound frame of Travis—and primarily on his cheekbone.

It hurt, of course. But Travis was a bull rider—and a good one at that, acclaimed by his peers and expected to make a dent on the Professional Bull Riding Tour whenever he turned 18. His opponent was usually a 2,000-pound, four-legged creature. A measly wrestling wound was nothing.

The next morning, George went into Travis’ room to wake him up to do school work (Travis was homeschooled by Debbie). “I don’t feel good,” Travis said.

“Alright, let’s take the day off from school,” George replied.

The next morning, George went into his room again. “Travis, get up and take a shower.”

“Nah, I need to get a shower first.” (Pause. Panic. Confusion.) “Alright, you’re going to the doctor.” If Travis’ life was an allegorical bull ride, he was about to get tossed and then trampled. Three days after the wrestling accident, his skin was a sickly yellow, his body and cheek were swollen, and he was glued to a hospital bed unable to communicate, breathe naturally or think clearly.

He unknowingly had one before the wrestling incident, and when George’s hip landed on the side of his face, the infection spread like fire, infiltrating his eye socket and making his forehead swell like a baseball.

“It drove me nuts because I was the one that did it. I just kept thinking, ‘What the hell did I do?,’” says George, quietly and transparently, as he recalls that day when he was drowning in a deluge of guilt and worry. Only a few days before, Travis was enjoying Thanksgiving dinner with his mother’s side of the family in Colorado Springs. And now this. “But they (the doctors) weren’t reacting like it was an emergency situation,” Debbie says. “They were letting him die.”

Debbie knew something wasn’t right. So she contacted the chief of staff at the hospital and pressured the doctors to perform surgery that night. Soon, she got her way. Travis went into surgery that evening, the doctors believing it’d be his last night on earth.

“They basically told me he was going to die and there was nothing I could do about it,” Debbie says. “That was the first horrible moment.”

“There’s a miracle in here. I can feel the presence of God.”

The second worst moment came when Travis was declared septic, meaning that his entire body had become an infection. They put him on three antibiotics. Nothing helped. They performed ultra- sounds on him so they could see his organs. They couldn’t even see them because of the swelling.

The first surgery had gone well, considering they expected him to die. But even after they removed the infection from his eye, it continued to spread throughout the rest of his body. It became so powerful that his body could no longer contain it. It quit fighting.

“I remember sitting in that hospital room and just watching the clock go by,” Travis says. “I didn’t know if it was ever going to end—if I would ever come out of this.”

Again, the doctors told George and Debbie that their son would die. But they’d been through it before. And as Debbie says, they weren’t the “type of people who take ‘no’ for an answer.” So they said “no” to death, calmed down, started praying and began playing praise music in Travis’ room.

That’s when the nurse walked into the room and could sense something supernatural taking place. “There’s a miracle in here,” she said. “I can feel the presence of God.”

Travis’ swelling went down the next day.

“The only way to calm him down was to talk about bull riding.”

By the time Christmas rolled around, things were looking up. It wasn’t a normal Christmas, by any means. Fifteen to 20 of his family members gathered in the hospital, like they had been for the last month.

“It was the longest month of my life,” says George, who can hardly recall what transpired because of his blurred mental state.

But there were positives nonetheless. Travis could once again communicate. And doctors believed they had his infection under control. Still, to be certain, a man named Dr. Ellison spent all of Christmas Day researching Travis’ situation and monitoring him be- cause he didn’t want it to come back.

“I’ve been looking at this,” Ellison said. “And I think we’re going to have to do one more surgery. I’m going to clean out the whole cavity.”

Two days later, they were preparing to rid the infection once and for all. That morning, however, his surgery was delayed, and Debbie sat patiently at the end of Travis’ bed rubbing his feet.

The two of them were talking. Travis was being his goofy self. Debbie was being her loving self. Then Travis kicked Debbie.

“Travis! Why did you do that?” Then he did it again. And again. And again. “Something is wrong! Something is wrong!” Debbie screamed. Ellison came in and knew immediately that the infection had gone to his brain, triggering a foray of unpredictable seizures. They per- formed a CAT scan, rushed him into surgery, and Ellison notes that the only thing that comforted Travis during the whole ordeal was talk of bull riding—even though every doctor and nurse knew he’d never be able to ride bulls again. But at least in the moment, talk of bull riding calmed him down, allowing Ellison and his team to cut Travis’ forehead open from sideburn to sideburn and enter the brain.

“They told me three times during this that he would die,” Debbie remembers. “They also told him he would never ride bulls again. I remember one time, the doctor left the room and Travis said, ‘What will I do if I can’t ride bulls?’ I said, ‘You will ride bulls. We won’t listen to the doctor.’”

Before the surgery, Travis always wore a cowboy hat while riding bulls. And despite his slim chance of living and even slimmer chance of riding again, he ordered a helmet anyway.

He believed he would ride again.

“I was just waiting for an opportunity, waiting for God to show me what I needed to do—what I had to do. It always came back to bull riding.”

The day before, Travis and his family had gone to ask Dr. Ellison if Travis could ride bulls again. Knowing how much Travis loved bull riding—how just the mere mention of the sport breathed life into his dying body six months before—Ellison looked at him and gave him his answer: “I’ll tell you one thing: I won’t ever tell you not to ride bulls.”

“I was just waiting for an opportunity, waiting for God to show me what I needed to do—what I had to do,” Travis says. “It always came back to bull riding.” Two years later, Travis was on the Professional Bull Riding Tour at age 18. In his first event in Grand Rapids, Mich., he finished third; and in his next event, he captured second place in Columbus, Ohio, scoring 92.5 points on “Yellow Jacket,” one of the most ruthless bulls of all time whom he used to dream of riding watching television as a kid.

“That goes to show how good God’s grace is. I would not have walked out of the hospital if it wouldn’t have been for that. Not only be able to walk again, and function, but to be able to do what I love better than before it happened. It’s still amazing to hit rock bottom like that and then be better off than before.”

Nearly a decade later, God has blessed Travis with a family of his own. On June 5, 2011, he and his wife, Jessie, welcomed their first child, a girl, Bentley Leigh.

Even though it’s been a good year personally, he’s struggled on the circuit.

Thanks to an ankle injury that required 17 screws and three plates, Travis was forced to miss the PBR World Finals for the first time in seven years. But perhaps “struggle” is the wrong word. What he went through—that was a struggle. “I was just kind of down and out (this) whole season,” Travis says. “But to think and relive everything I went through back then, I realize that this year is nothing. We just believed that God had me in His hands. And six months later, I was riding bulls again.”

Six months after surgery, Travis Briscoe was in the bucking chute. It was April 29, 2004, and fittingly, he was in the town of Truth or Consequences, New Mexico, the site of his first amateur rodeo since the sinus infection that nearly buried him. The truth was that he loved bull riding, but he was about to find out whether following his passion would have its consequences. The day before, Dr. Ellison had cleared him to ride, and now, after a sleepless night and an emotional trip to the stadium, the ride was upon him. “I was just anxious and scared and just about every emotion I could go through, I went through it that day,” Travis recalls.

The bell rang. The gate flew open. Dirt flew up. Seconds flew by. And before he knew it, he heard the 8-second whistle,

thereby enabling him to earn points. He was back. “It wasn’t reality until I was actually there,” Travis remembers. “Little did I know, I wasn’t going to start where I left off. I was going to comeback stronger and better than I already was.” The people watching that April 29 had no idea what Travis had been through — no idea he had escaped death three times, no idea he was never supposed to ride bulls again, no idea that this was the first day of his life. And no idea that he ordered his helmet…on his deathbed…just six months before.

Stephen Copeland is a staff writer at Sports Spectrum magazine.