Airing It Out -- From Tebowing to Linsanity

By Brett Honeycutt Apr 15, 2012
On the surface, it seems kind of crazy that people in the Christian and secular communities have all of a sudden latched themselves to Tim Tebow and Jeremy Lin as if Tebow and Lin were the first ever Christian athletes. Don’t get me wrong, I think all of the attention is great... 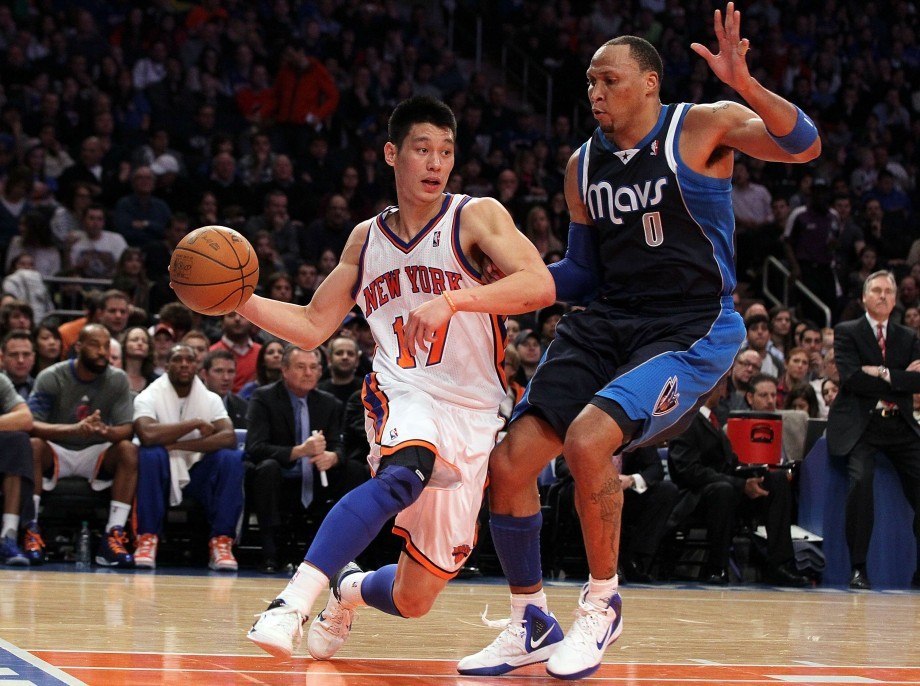 On the surface, it seems kind of crazy that people in the Christian and secular communities have all of a sudden latched themselves to Tim Tebow and Jeremy Lin as if Tebow and Lin were the first ever Christian athletes.

Don’t get me wrong, I think all of the attention is great.

I’m just saying it’s kind of strange, at least on the surface.

What made me think about this even more was when Christianity Today reporter Ted Olsen emailed to ask my take on the Lin/Tebow phenomenon and all the attention being given to their faith. He recognized that our magazine has highlighted Christian athletes, including Kurt Warner, David Robinson, and others, for decades. Yet he wondered why their faith stories didn’t catch on with everyone like Lin’s and Tebow’s stories.

It becomes even more puzzling when you consider this: Neither of them are any more outspoken about their faith than Kurt Warner, Albert Pujols, Zach Johnson (the 2007 Masters winner who basically gave a testimony to a nationwide audience), Kaka (an international soccer star known for pulling off his jersey after goals and revealing t- shirts that say, “I love Jesus” or “I believe in Jesus” or “I belong to Jesus” or some other Christian saying pointing to Christ), Mariano Rivera (one of the strongest Christians in baseball), or even the late baseball Hall of Famer Gary Carter, whose faith was mentioned in nearly every story I read on his death in February, and also the late Pro Football Hall of Famer Reggie White (an ordained minister who was nicknamed “The Minister of Defense” and was one of the most feared linemen in the NFL).

Again, all of them were more outspoken or just as outspoken as Lin and Tebow (and many were better on the field). So what’s the difference? It may sound simple, but I think it lies in social media. Most of them were near the end of their careers when social media was on the rise, with the exception of Kaka (who is an international star in a sport that America, as a whole, hasn’t embraced like they have overseas) and Johnson (who plays in a sport dominated by news about Tiger Woods, whether Tiger is playing well, bad or even playing at all).

But, like the others, Kaka’s and Johnson’s faith stories were already out there before social media blew up. Most knew their story.

Some may argue the excitement is because people are looking for role models. But we had role models with those other athletes I mentioned and Christians knew their faith stories, too. Others might say it’s because Lin and Tebow are considered underdogs, but Johnson was a huge underdog when he won The Masters. He was ranked 56th in the world, becoming the first person outside the top 50 to win the event.

Tebow came along at the right time when social media was catching like wildfire, and Linsanity seemed to be the result of the media needing to fill the gap after Tebow’s season ended.

I say that because it seemed like the media, and regular people in the social media world, all of a sudden started making comparisons to Tebow after Lin had one or two good games. Remember, most sports fans knew a lot about Tebow when he was playing football at the University of Florida and they knew he was a strong Christian.

However, most sports fans couldn’t have told you much about Lin before his first breakout game. For starters, they wouldn’t have even known his name, or that he went to Harvard, played in the NBA Developmental League or that he was even a Christian, which is why I said that the media took two storylines (Christian and underdog) and went to super hyper drive.

From that, you get Linsanity.

Some people may say that Tebow’s following (and even Lin’s following) has created the buzz, but they have those followings because of social media. Both of those athletes are at the age (Lin is 23 and Tebow is 24) where they connect with younger age groups who are the very people driving the social media train.

Now, not only do ESPN’s Rick Reilly, SI’s Joe Posnanski, or SI, ESPN, and newspapers have a voice in what we see and read, but regular people, like you, have a voice through social media, whether you retweet, share on Facebook or view a YouTube video.

Hey, I hope it continues. It’s great for the Christian community and the cause of Christ. God can use anything, any person, and at any time. He’s God. If you don’t believe that, read Isaiah 55.

Tebow and Lin seem to be solid believers and deeply committed to Christ, which is so refreshing. In today’s world, their impact could be on the level of what Billy Graham’s impact was when he was speaking to countless people and seeing thousands come to Christ. A great example of the impact Tebow has had is when John 3:16 was googled a crazy amount of times (some say it became the most googled item) just because it was attached to Tebow.

The only thing I would caution is that these athletes are human, and if too many Christians hold them up too high then many will be let down if they fall.

The lesson? Their stories, as well as other Christians, should cause people to look to Christ, not replace Him.

This column was published in the April 2012 Sports Spectrum DigiMag and Vol. 27 No. 3 print issue. Print and digital subscribers, log in and view the issue here. Brett Honeycutt is the managing editor of Sports Spectrum magazine. His column addresses topics from a biblical perspective. Follow him on Twitter-@Brett_Honeycutt.