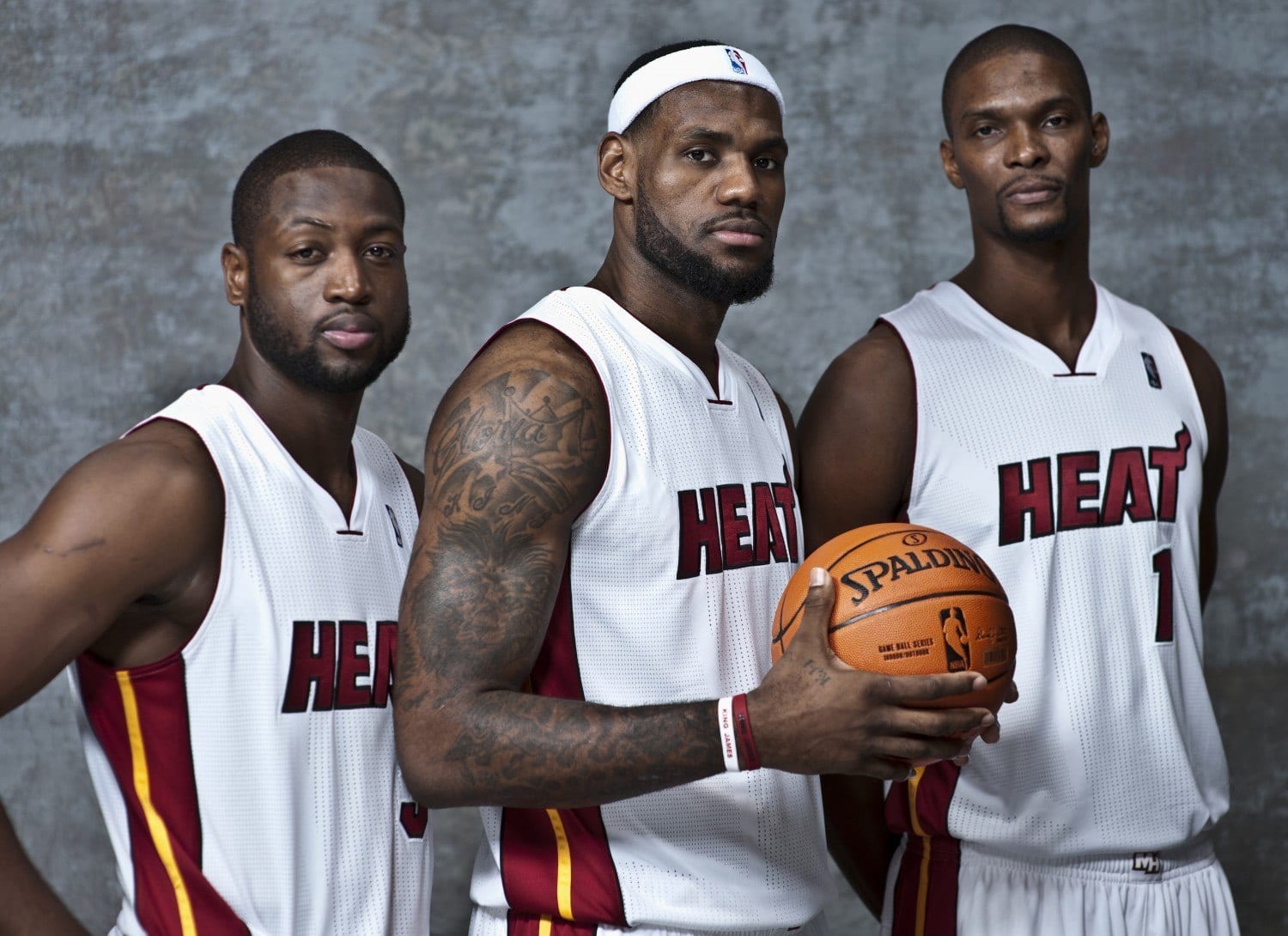 1. I’m convinced there are three great teams this year. The three best players in the NBA, Lebron James, Kobe Bryant and Kevin Durant, all have a strong chance of winning a title this season. I always enjoy when the best players are on good teams instead of being on rebuilding teams. Those three guys are the obvious leaders, but each is surrounded by tons of talent that allows for success. You can make a case that the Thunder, Heat, or Lakers will win it all, but I’m convinced the Lakers win this year. I believe Steve Nash will do such a great job of getting Kobe, Dwight Howard and Pau Gasol their touches that teams will have a tough time stopping them, despite their difficult 0-3 start to the season.

2. I’m convinced the most exciting team to watch this year will be the Los Angeles Clippers. Chris Paul is such a great passer and Blake Griffin is an amazing dunker. They added Grant Hill and Lamar Odom to go along with Caron Butler, Chauncey Billups, and Deandre Jordan. They will score lots of points and dunk all the time.

3. I’m convinced rookie Anthony Davis will be a great NBA player. He will make an immediate impact in the NBA. He showed he was a winner at Kentucky and the fact he spent time around all the top players in the NBA on the gold medal-winning U.S. Olympic team only made him better.

4. I’m convinced the Brooklyn Nets are better than people realize. I think Deron Williams and Joe Johnson could be the best backcourt in the NBA and their front court provides the rebounding and defense they need to be a dangerous team. I’m convinced the Nets will be a team nobody will want to be matched up with in the playoffs.

5. I’m convinced the point guard position is the most talented in the NBA right now. It’s very similar to what we are seeing in the NFL at the quarterback position. The NBA used to be loaded with big centers, but now we hardly see any. Now, almost every team has a strong point guard including some very young promising players like Kyrie Irving, John Wall and Jeremy Lin. Plus, these great point guards are in their prime: Rajon Rondo, Chris Paul, Deron Williams, and Tony Parker.

6. I’m convinced the Utah Jazz will be a legit team this year, and the NBA world will start talking a lot about them. With Al Jefferson and Gordon Hayward and newcomer Marvin Williams, they have the makeup to be one of the West’s top teams.

7. I’m convinced the Orlando Magic will be the worst team in the NBA. They are going to go through a few years of rebuilding after letting go of Dwight Howard. It will be tough to be an Orlando Magic fan for a long time.

8. I’m convinced Lebron will win the MVP again. He’s clearly the best player and I think he’s only getting better.

9. I’m convinced the Washington Wizards will be the most improved team. They have a good balance of young players and veterans, and I’m positive John Wall will be a great point guard.

10. I’m convinced the New York Knicks will have a disappointing season. They have too many old players. It’s great to have solid veterans, but they just have old players. Plus, their main stars, Carmelo Anthony and Amar’e Stoudamire, don’t gel well enough to be a championship contender.

UNPACKIN’ it with Bryce Johnson is a radio show that unpacks the truth about faith, sports, life and entertainment.  Join Bryce as he interviews intriguing guests and has inspiring conversations. Find out more on www.unpackinit.com.  You can also follow Bryce on Twitter: @BRYCERADIO. This column was published in the All-Basketball, October 2012 DigiMag.