Airing It Out -- Heart control

By Brett Honeycutt Dec 17, 2012
Early on the Saturday morning of Dec. 1, 2012, Kansas City Chiefs starting linebacker Jovan Belcher killed his girlfriend after shooting her nine times. He then drove approximately five miles to Arrowhead Stadium where he thanked his coach, Romeo Crennel, and his general manager, Scott Pioli, for everything they had done for him. Then he shot himself to end his own life... 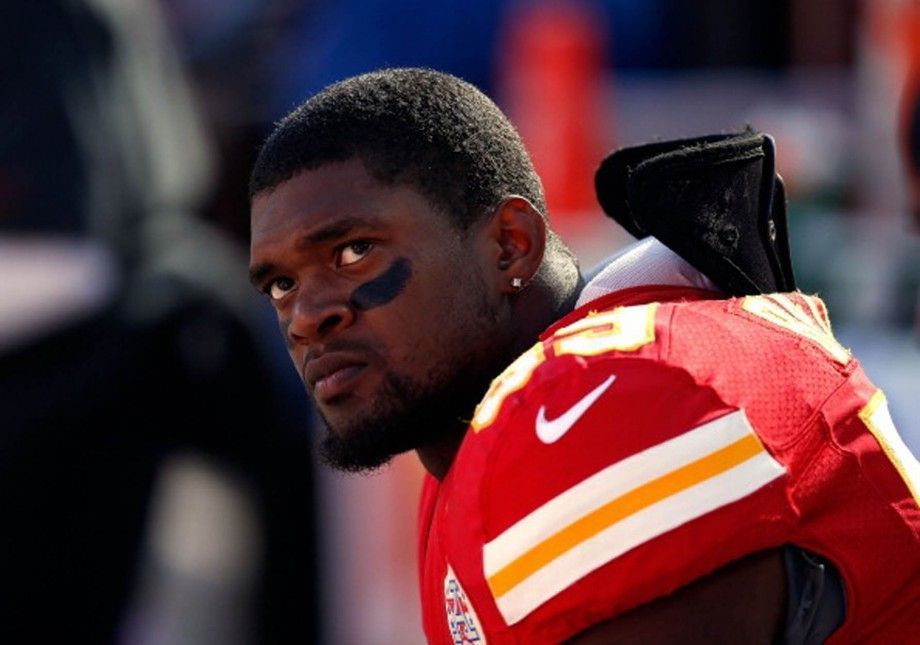 He then drove approximately five miles to Arrowhead Stadium where he thanked his coach, Romeo Crennel, and his general manager, Scott Pioli, for everything they had done for him.

Then he shot himself to end his own life.

After contemplating this for days after the incident, it hit me that part of the tragedy was the brief life Belcher, his girlfriend, Kasandra Perkins, and their daughter had lived here on earth and the brief life they had lived together.

Belcher was only 25 years old, and his girlfriend only 22. Their daughter, Zoe, was only three months old when her parents left this earth.

Belcher’s unthinkable actions had created a void in multiple people’s lives and orphaned a child who will never know her father and mother.

Another part of the tragedy hit me as well—that insensitive, irresponsible, and negative people in the media would, only hours after the killings, begin debating gun control.

At best, it’s grandstanding, shameful and a heartless exploitation of a tragedy.

NBC sportscaster Bob Costas was one of the culprits who brought the debate to us the next day, shoving the issue into people’s living rooms during halftime of Sunday night’s telecast between the Dallas Cowboys and Philadelphia Eagles.

During halftime, he quoted noted FoxSports.com columnist Jason Whitlock, the other culprit, who, in his piece, made an unfortunate and unsubstantiated claim by saying: “If he did not have a gun they would both still be alive.”

Even though I’m amazed each time people in the media politicize something, especially something as tragic as a death, I shouldn’t be because facts don’t seem to matter to them—only their opinions, usually based on emotions.

To be honest, it makes me want to put them in a time machine and warp them back to the Revolutionary War when our ancestors were fighting for their lives—with guns. Or, stick them in a car headed to Ciudad Juarez, Mexico, ranked as one of the world’s worst places to live because of the drug-infested environment where drug cartels shoot, stab and cut off people’s heads. Why? Because, as ABC TV affiliate KVUE in Austin, Texas, noted in a November story, regular citizens have difficulty purchasing guns to defend themselves because Mexico has one of the toughest gun control laws in the world. The criminals have guns because they obtain their guns illegally, because, well, criminals do illegal things like that.

If Costas and Whitlock visited America’s past and Mexico’s present, I’m sure they would have different opinions.

Gun control is not the answer. Cain didn’t kill Abel with a gun, and O.J. Simpson’s ex-wife, Nicole Brown Simpson, along with Ronald Goldman, weren’t shot to death; they were stabbed to death.

The countless hours spent debating gun control after the incident, though, was nearly as unthinkable as the crime itself. People kill people, and people use guns, knives, baseball bats, and anything they can get their hands on because they’ve lost control of their emotions. Crazed, deranged, thoughtless and heartless are adjectives that come to mind to describe people like that—and it all stems from some sort of emotion, whether it’s anger, bitterness or misguided passion.

What killing really boils down to, though, is a heart issue, not a gun issue.

If it was a gun issue, then we should outlaw any instrument used to kill someone (knives, baseball bats, lampstands, and even alcohol, which indirectly causes people to kill others). But we aren’t doing that because people, again, ignore the facts and have politicized a serious issue (the majority of one political party believes we should have the right to bear arms, and the majority of another party believes we should limit that right or do away with that right all together).

The argument for limiting or doing away with guns is based on the premise that someone who is thinking about killing someone, and didn’t have a gun or have access to a gun, will think longer if they have to use any weapon other than a gun. Their reasoning is that it’s too easy to quickly pull a trigger, and it’s too hard and time-consuming to kill someone by any other means.

But when a person shoots someone nine times, emotions are already too high. They’re out of control and would use anything to kill the other person.

Thinking otherwise is naïve at best. I point you, again, back to Exhibit A (Cain and Abel), and Exhibit B (O.J. Simpson’s ex-wife, Nicole Brown Simpson, and Ronald Goldman, who weren’t shot to death with a knife).

You’re probably wondering why I’m even talking about this, but I’m doing so because I’m fed up with people in our country allowing the media to think for them. People have accepted and parroted the ideas that shoot across the airwaves without giving it an ounce of thought or introspection.

Here’s hoping that we see the heart of the matter and that we work on changing lives, not by trying to take guns out of people’s hands, but by introducing them to Christ, discipling them and helping them grow in their faith.

That is what Jesus, not the media, teaches us to do in order to truly save lives.

This column was published in the November 2012 Sports Spectrum DigiMag. Print and digital subscribers, log in and view the issue here. Brett Honeycutt is the managing editor of Sports Spectrum magazine. His column addresses topics from a biblical perspective. Follow him on Twitter-@Brett_Honeycutt.