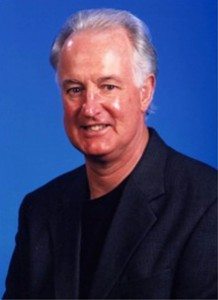 Pat Williams, co-founder and senior vice president of the Orlando Magic joined Bryce Johnson on the UNPACKIN’ it radio show to discuss sports, faith and family. Pat is also a motivational speaker and has spent more than 50 years in professional baseball and basketball as a player and executive.

Williams is the author of more than 75 books. He and his wife, Ruth, are the parents of 19 children, including 14 adopted children from four nations. You can listen to the full interview at www.unpackinit.com

BRYCE JOHNSON: You’ve been involved in the NBA for a long time. Do you still love it, and what’s your overall view of the league right now?
Pat Williams: Bryce, I’m still fascinated by it. This is my 44th year in the National Basketball Association. My first season was 1968, so I’ve seen an awful lot of change, and I’ve seen an enormous amount of growth. The internationalization of the game has been spectacular…and, yes…the games are still intriguing to me, the athletes are still intriguing…I follow what’s going on with each team very closely. I still root extra hard for our Magic here in Orlando. I’m just riveted by the sport…The game has never been played under a more glaring spotlight.

BRYCE JOHNSON:   What has God been teaching you recently?
Pat Williams: Well, the most recent teaching comes through my cancer diagnosis. I was diagnosed 22 months ago with multiple myeloma, which is cancer of the bone marrow, the blood in the bone marrow, so that has been a major issue here. I think the Lord has been teaching me that we are going to have storms in our life. I think all of us have either come out of a storm, or we’re in the middle of a storm, or we’re heading into one. And, in the middle of the storm, how are you gonna react? What are you gonna do? How are you gonna deal with it? I’ve been a Christian for many decades, but never really faced major adversity, but the cancer diagnosis got my attention. And I think, at that point, Bryce, you have one of two choices: You can turn your back on God and shake your fist at Him and play the “Why me?” game, or you can just do a flying leap into His lap and hold on around his neck as tightly as you can and ride through the storm holding onto the Lord. And that’s what I’ve been doing.

BRYCE JOHNSON: You and your wife have adopted 14 international kids. What have you learned through adoption?
Pat Williams:  I’ve learned that parenting is not easy, but children need your time. They need your attention; you’ve got to figure out the right balance between love and discipline. I think that’s the key. They need unconditional love, but that has to be balanced with the right amount of discipline. And the other thing I’ve learned is, at 18, they are leaving home. That needs to be planted in their minds from the time they’re very young, that at 18 they’re going to college or they’re going into the military or they’re going into the workforce, but they’re not hanging at home playing video games.

BRYCE JOHNSON: Since you are involved with the Magic organization, what was your thought process during the whole Dwight Howard saga in Orlando?
Pat Williams: Dwight, what are you thinking? What’s going on in your mind? Why can we not get through to you? This is your city; this is where you started as an 18-year-old. There’s something special, Dwight, about being in one city your whole career, a la John Havlicek or Tim Duncan or David Robinson or Cal Ripken…Dwight, to have a monument outside the building of you, this is your town.

BRYCE JOHNSON: How do you feel about players staying on one team their whole career or playing for multiple teams?
Pat Williams: At a certain point in their career a player has the right to make decisions and move in other directions…They have earned the right for that freedom. I, however, argue that if you can have one career in one city and start there and finish there, boy, I think that’s pretty special…and quite rare. Kobe Bryant will do it, it appears. He’ll be a one-city guy. You’re always linked to that franchise. Shaquille O’Neal, for example, started here, four years here, then off to LA, then to Miami, then to Phoenix, then to Cleveland, then to Boston. He does not have one city that is his…where he will always be linked to that one city…And, I think, at the end of your career, I think that’s kind of sad.

This column was published in the September 2012 Sports Spectrum DigiMag. Print and digital subscribers, log in and view the issue here. Follow Bryce on Twitter-@BRYCERADIO.