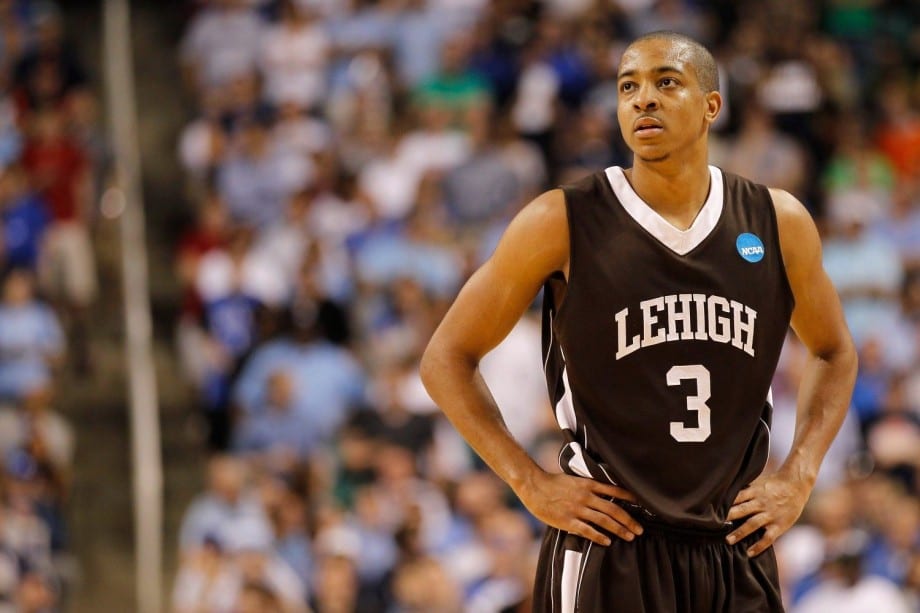 2. Texas A&M beats No. 1 Alabama (NCAA football)–Texas A&M stunned Alabama, 29-24, on Nov. 10. In the previous week, Alabama made a miraculous comeback at LSU, but they came home to a tougher challenge: Johnny Manziel. He passed for 253 yards, rushed for 92 and scored two touchdowns, torching Alabama’s vaunted defense to end a 13-game Alabama winning streak and almost spoiling the Crimson Tide’s national title hopes. The upset propelled Manziel to win the Heisman Trophy, becoming the first freshman to do so.

3. New York Giants beat Green Bay Packers (NFL)–Green Bay looked unstoppable last season, losing just one game in the regular season while outscoring opponents by 201 points. But Eli Manning and the New York Giants came to Lambeau Field and did what the Packers do to other teams as Manning passed for 330 yards and three touchdowns, winning 37-20 in one of the more unexpected blowouts you will ever see.

4. Norfolk State beats Missouri (NCAA basketball)–Missouri can thank Duke for this upset not being remembered that well. Like Duke, Missouri was a No. 2 seed (No. 12 RPI), which lost to a No. 15 seed, Norfolk State (117 RPI). Norfolk State, led by Kyle O’Quinn’s 26 points, 14 rebounds, and two blocked shots, edged Mizzou, 86-84. Missouri had a chance to win at the end, but Phil Pressey’s desperation three did not fall. Unfortunately, this upset was overshadowed by Lehigh beating Duke, as they played later that day in prime time.

5. Baylor beats No. 1 Kansas State (NCAA football)–When Alabama lost its No. 1 ranking after falling to Texas A&M, Kansas State was left in the driver’s seat to make the BCS national title game. All that was left was to beat unranked Baylor and unranked Texas. But Kansas State was blown out at Baylor, 52-24, ending its championship hopes and Colin Klein’s Heisman campaign.

6. Philadelphia 76ers beat Chicago Bulls in first round (NBA)–The eighth seeded 76ers upset the top seeded Bulls in six games in the opening round of the NBA playoffs. The upsetting thing about this upset was that Derrick Rose, the NBA’s 2011 MVP, was injured in the fourth quarter of Game 1 while the Bulls had a commanding lead. Rose was lost for the rest of the postseason and the Bulls were lost without him, losing all but one more game the rest of the way.

7. Chaminade beats Texas (NCAA  basketball)–A Division II team beat a Division I powerhouse. Texas, which has one of the largest recruiting budgets in college basketball, let a team that gets on TV just once a year, walk all over it, as the Longhonrs fell to Chaminade, 86-73.

9. Ohio beats Michigan (NCAA basketball)–Ohio was a No. 13 seed and Michigan was a No. 4 seed, but that didn’t faze the “other” team from Ohio, as the Bobcats were led by D.J. Cooper’s 21 points. Ohio hung on for a 65-60 victory, and then advanced to the Sweet 16 before losing to North Carolina in overtime.

10. New York Giants beat New England Patriots (NFL)–Once again, Eli Manning and the Giants were underdogs against Tom Brady and the Patriots in a Super Bowl. And once again, Manning led a late drive to help the Giants pull the upset. We really shouldn’t have been surprised, but we were anyway.

This was published in the December 2012 DigiMag. Aaron May is a staff writer at Sports Spectrum magazine.