TobyMac, 'Eye On It' and golf 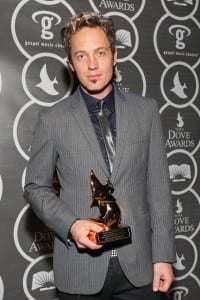 Review: Eye On It

TobyMac writes hit albums in his sleep. At least that’s what I’ve decided. I mean he’s had hit albums dating all the way back to 1992 with dc Talk’s “Free At Last.” And “Eye on It” is no different. It debuted as the top album on the Billboard Top 200 list, only the third Christian album to accomplish that feat. I could just give you those stats and you would know enough to buy this album, but I guess I’ll give you a little review.

Musically, TobyMac has always been able to evolve with the times. From grunge in Jesus Freak with dc Talk, to more heavy metal influences infused with rap on his debut solo album “Momentum,” he’s never one to stay stale with his sound from album to album. Eye On It has a bit of influence from Owl City (who Tobymac has collaborated with) and many other modern pop stars. And it’s not a bad thing, there are some incredibly catchy songs on this album like “Me Without You,” “Lose Myself” and “Speak Life.”

One thing about TobyMac’s music I can always appreciate is that there are many layers of sound. You can listen to a track a few times over and center in on a certain sound effect or riff that you didn’t necessarily pick up on the first time.

Eye On It is another stellar effort from TobyMac. Go get it before he writes another hit album.

Popularity in the Golf World

TobyMac, who played four years of collegiate golf at Liberty University, is still popular in the golf world today.

Me & my homie @bubbawatson hangin @bubbasbash…great heart on this Masters Champ! He knows wassup & wants 2 share it! twitter.com/therealtobymac…

Aaron May is a staff writer at Sports Spectrum magazine.