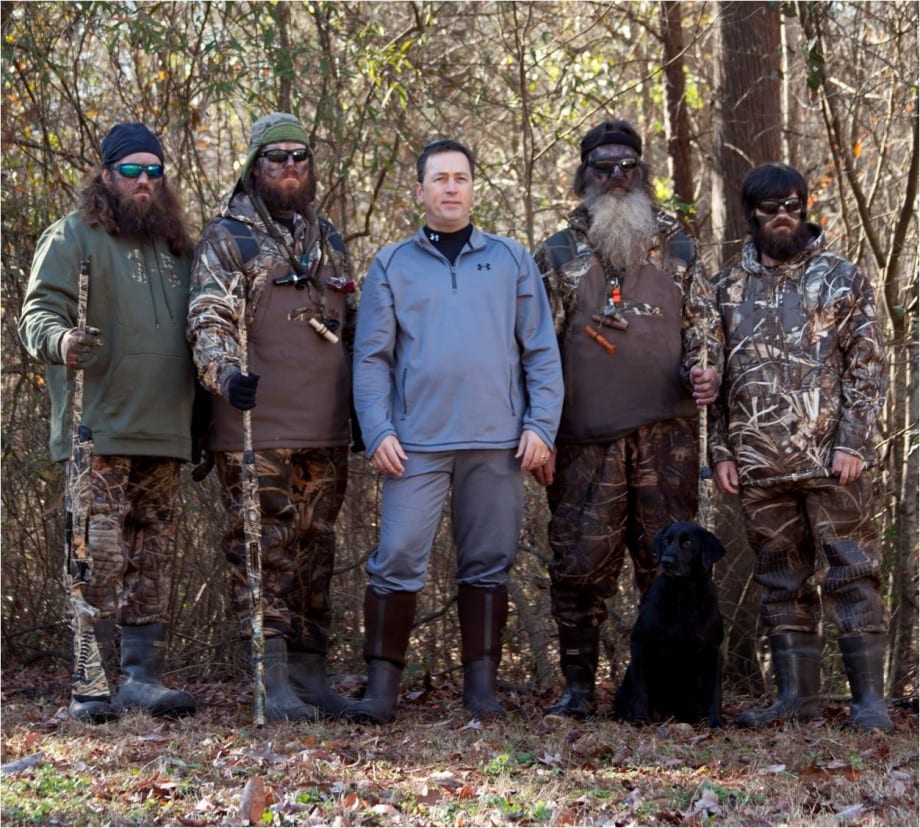 As Willie Robertson sits at his desk, signing what appears to be posters or lithographs, his oldest brother, Al Robertson, stands behind the desk, casually placing a new poster or lithograph in front of Willie each time Willie finishes signing.

It’s a perfect picture of who Al is, a behind-the-scenes (or behind-the-camera) guy who helps to keep things moving.

He is married (to Lisa) and has two daughters (Anna and Alex), he is the oldest of the four Robertson brothers (Jase, Willie and Jep) and he is the only brother not on the hit TV show, Ducky Dynasty.

He is also easily distinguishable as he’s the only Robertson brother who is clean shaven; there is no trademark beard like his brothers, father, uncle and other Duck Commander employees have. And, until about a year ago, he was the only brother not in the family business; he had been a preaching pastor at White’s Ferry Church of Christ (where the Robertson family attends) for 20 years before leaving to help with the ever-growing family business.

Even when we interviewed Willie, Phil and Miss Kay for Sports Spectrum’s special Duck Dynasty issue (an interview that Al set up), Al sat out of the view of the camera. When he thought of things to add to the interview, he would help fill in the gaps by offering anecdotes, facts or asking his family to share stories with us about certain events in their lives.

He was the glue that held things together, yet he stayed inconspicuous and seemed fine with that.

In a society, and in a reality TV world, where people are constantly looking to bring attention to themselves, it was refreshing to see someone who seemed comfortable just serving, helping and wanting to keep attention on others.

It was also refreshing talking to him on the phone and through email because we sensed a genuineness, goodness and trusting nature about him even though he didn’t know us and we didn’t know him.

At the end of the interview, when we were getting directions to attend Wednesday night church with the Robertsons, Al was getting ready to drive down the road to attend a viewing of someone from the church who had died. The following day he was going to the funeral.

He said, even though he had left being a pastor full time, that a pastor never truly relinquishes roles like trying to provide comfort to others in times of need.

It’s easy to see how his time as a pastor prepared him to be a servant leader—even as the oldest brother in the family.