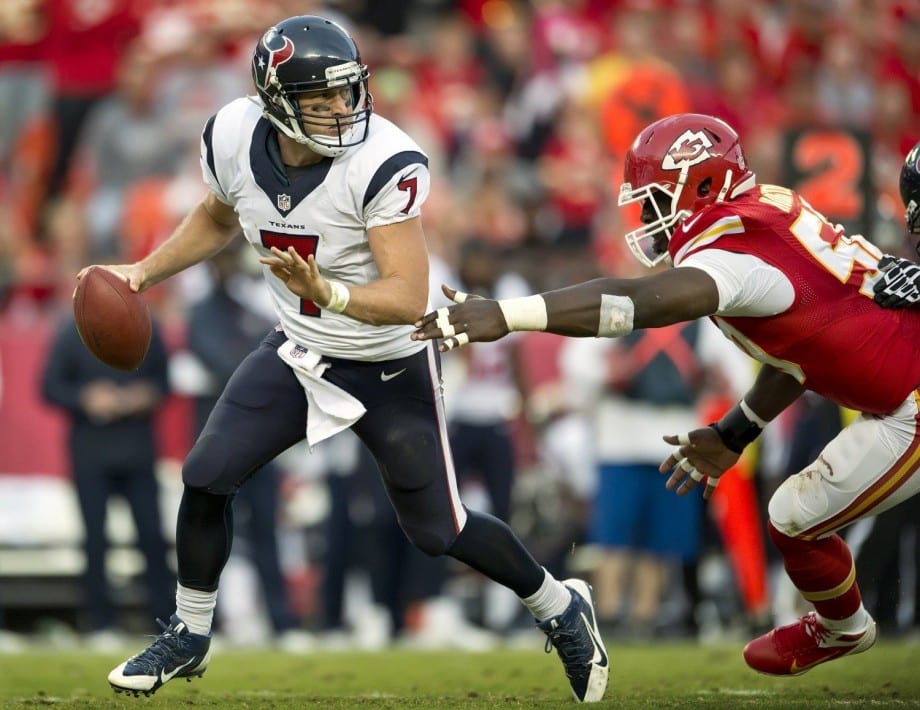 The Houston Texans have seemingly had a revolving door at quarterback this season, but it has benefited Case Keenum, one of college football’s most prolific passers in history.

For Keenum, though, the journey from top to bottom to the top again has been quick and quirky.

A year after he rewrote the NCAA record books while playing quarterback at the University of Houston, he went undrafted in the 2012 NFL Draft before signing with the Houston Texans as a free agent.

But for Keenum, the NCAA’s all-time record holder in total passing yards (19,217), touchdowns (155), and completions (1,546), as well as the Football Bowl Subdivision’s all-time leader in total offense (20,114), he had to deal with life away from the game while still being part of the team – because he only made the Texans’ practice squad and never saw the field during the 2012 NFL season.

So the adjustment to the NFL was all about playing time; he didn’t have to worry about getting acquainted to life in a new city.

Something has given him peace in difficult times like this, especially when he went through season-ending injuries in college.

“One of my favorite Bible verses is Isaiah 40:31 which says ‘those who hope in the Lord will renew their strength. They will soar on wings like eagles, they will run and not grow weary, they will walk and not be faint.’ To me, that’s a great verse to apply not just to sports, but to life off the field as well,” he said.

This season, though, has been different than 2012. He made the Houston Texans’ 53-man roster and worked his way from third-string quarterback to starter before the halfway mark of the 16-game season.

With the Texans in a slump and the team struggling at quarterback, Keenum moved to the starting role in Week 7 (besides starting quarterback Matt Schaub dealing with an injury, Schaub and backup T.J. Yates have struggled with their on-field performance).

Victories, though, have been elusive, despite Keenum putting up some of the best performances by a Houston quarterback this season.

Though the pressure to win can be enormous, Keenum realizes the pressures off the field can be greater.

“There’s a lot of pressures that the game puts on you and I’ve certainly gone through every young man’s battle in regard to dating and other temptations that the world is always throwing at you,” said Keenum, who married Kimberly Caddell in June, 2011. “As an athlete, you always have a bullseye on your back. People are always wanting things from you, and it seems that there’s always temptations around the corner. And I know that those temptations will always be around. I’ll have them now and even after I’m older…and out of football.

Brett Honeycutt is the managing editor of Sports Spectrum magazine. This story was published in the November 2013 DigiMag.