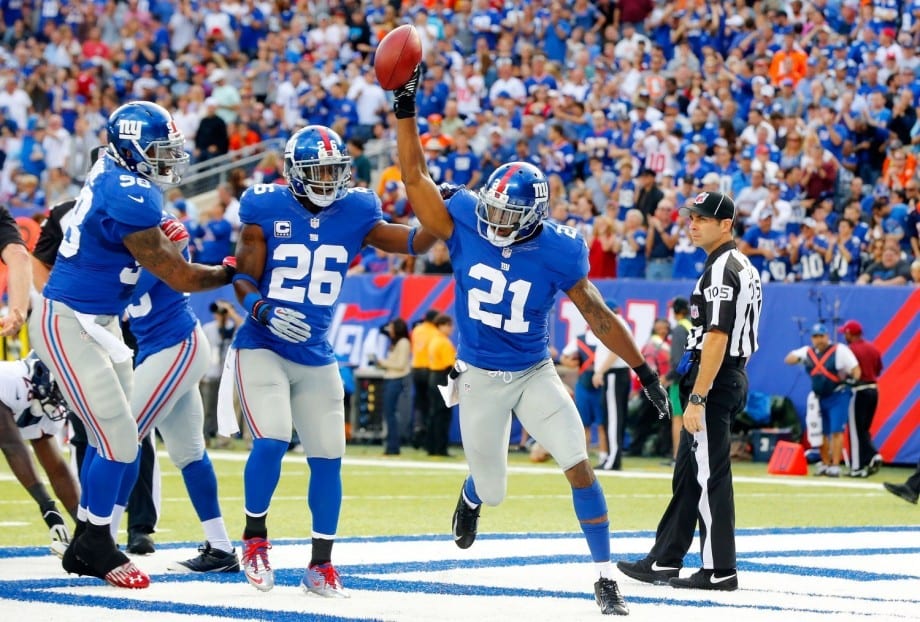 Ryan Mundy reminds us to make the most of every situation, even if the situation isn’t ideal.

Mundy was leading the New York Giants in tackles (42) and had a momentous 91-yard return off an interception (in the Giants’ first game against Dallas) before hurting his hip late in the game against Minnesota on Oct. 22.

That resulted in being replaced by strong safety Will Hill, who the Giants believe to be better in coverage. Mundy never got his starting role back.

“It’s really frustrating and disappointing,” Mundy told nj.com. “I was leading the team in tackles. I was productive. But at the same time, we still have a lot of games to play. This is bigger than me. We’re making a playoff push right now. I don’t want to be a distraction.”

Now, Mundy is playing on special teams for the Giants. Though it’s not where he feels he should be, Mundy came up with a big-time play in the Giants’ 27-13 victory over the Packers in November, when he recognized that the Packers were about to attempt a fake punt and he changed the defense.

“They (the Packers) tried to sneak one in,” Mundy continues. “I knew (John) Kuhn was the punt protector on every other punt and then they had somebody else back there.

“They put (Kuhn) on the wing. I’m thinking that this guy is a great blocker so they might be trying to get something on the edge.”

Though Mundy isn’t playing the position he believes he should be playing, his faith allows him to view the situation from a lens outside of his circumstances.

“Faith is something that is very important to me and has gotten me through some pretty rough times,” Mundy says in a promotional video for the Super Bowl Gospel Celebration at the upcoming Super Bowl. “My road to get to the NFL wasn’t the easiest. I had to transfer schools and I went through some tough situations, but I made it through. My faith was the number one thing that kept me motivated, kept me inspired, kept me going when I was down, because, like I said, I had a lot of rough times, but my faith pulled me through.”

And it continues to do so.

This story was published in the November 2013 DigiMag.