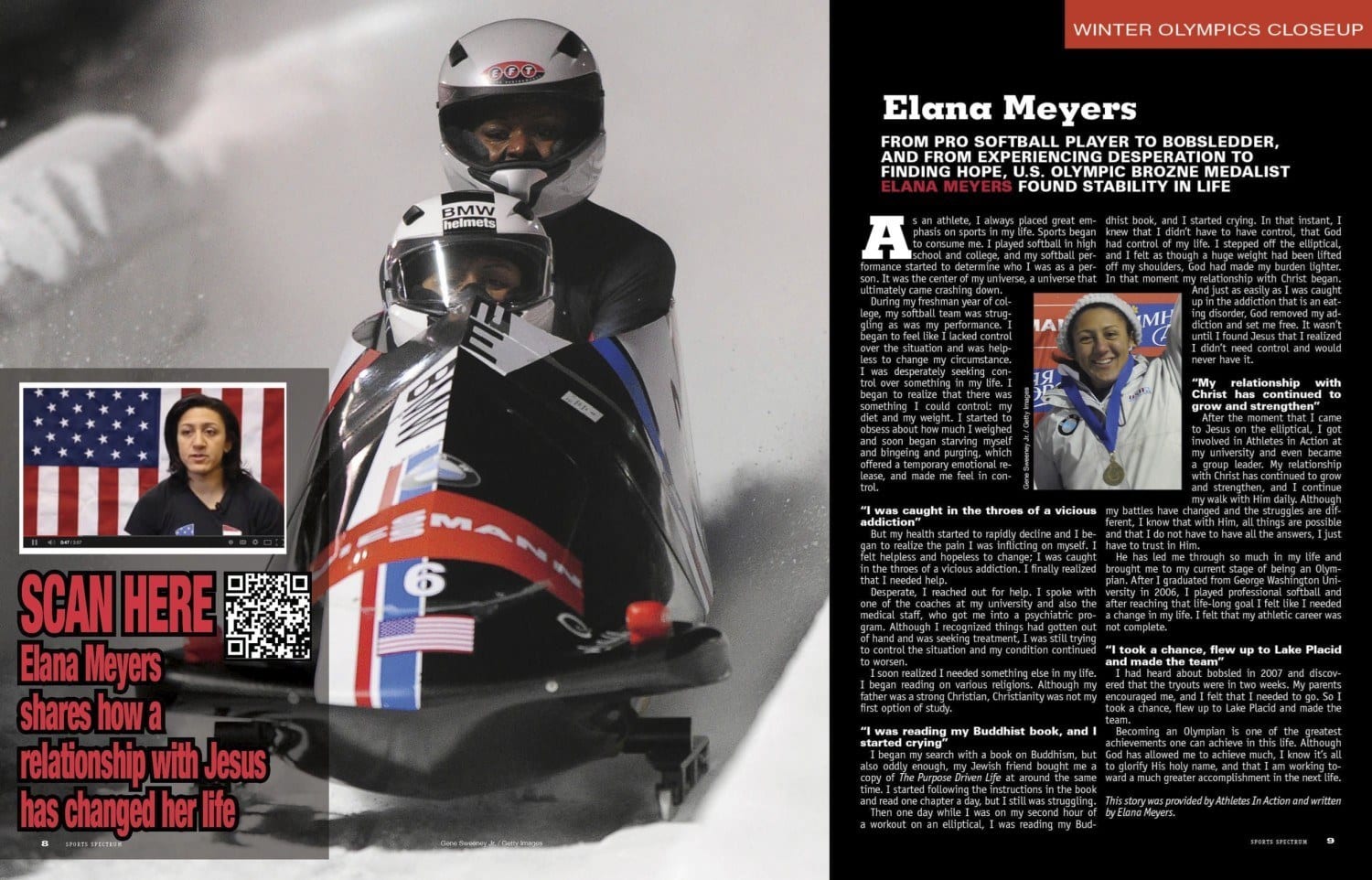 As an athlete, I always placed great emphasis on sports in my life. Sports began to consume me. I played softball in high school and college, and my softball performance started to determine who I was as a person. It was the center of my universe, a universe that ultimately came crashing down.

During my freshman year of college, my softball team was struggling as was my performance. I began to feel like I lacked control over the situation and was helpless to change my circumstance. I was desperately seeking control over something in my life. I began to realize that there was something I could control: my diet and my weight. I started to obsess about how much I weighed and soon began starving myself and bingeing and purging, which offered a temporary emotional release, and made me feel in control.

“I was caught in the throes of a vicious addiction”

But my health started to rapidly decline and I began to realize the pain I was inflicting on myself. I felt helpless and hopeless to change; I was caught in the throes of a vicious addiction. I finally realized that I needed help.

Desperate, I reached out for help. I spoke with one of the coaches at my university and also the medical staff, who got me into a psychiatric program. Although I recognized things had gotten out of hand and was seeking treatment, I was still trying to control the situation and my condition continued to worsen.

I soon realized I needed something else in my life. I began reading on various religions. Although my father was a strong Christian, Christianity was not my first option of study.

“I was reading my Buddhist book, and I started crying”

I began my search with a book on Buddhism, but also oddly enough, my Jewish friend bought me a copy of The Purpose Driven Life at around the same time. I started following the instructions in the book and read one chapter a day, but I still was struggling.

Then one day while I was on my second hour of a workout on an elliptical, I was reading my Buddhist book, and I started crying. In that instant, I knew that I didn’t have to have control, that God had control of my life. I stepped off the elliptical, and I felt as though a huge weight had been lifted off my shoulders, God had made my burden lighter. In that moment my relationship with Christ began. And just as easily as I was caught up in the addiction that is an eating disorder, God removed my addiction and set me free. It wasn’t until I found Jesus that I realized I didn’t need control and would never have it.

“My relationship with Christ has continued to grow and strengthen”

After the moment that I came to Jesus on the elliptical, I got involved in Athletes in Action at my university and even became a group leader. My relationship with Christ has continued to grow and strengthen, and I continue my walk with Him daily. Although my battles have changed and the struggles are different, I know that with Him, all things are possible and that I do not have to have all the answers, I just have to trust in Him.

He has led me through so much in my life and brought me to my current stage of being an Olympian. After I graduated from George Washington University in 2006, I played professional softball and after reaching that life-long goal I felt like I needed a change in my life. I felt that my athletic career was not complete.

“I took a chance, flew up to Lake Placid and made the team”

I had heard about bobsled in 2007 and discovered that the tryouts were in two weeks. My parents encouraged me, and I felt that I needed to go. So I took a chance, flew up to Lake Placid and made the team.

Becoming an Olympian is one of the greatest achievements one can achieve in this life. Although God has allowed me to achieve much, I know it’s all to glorify His holy name, and that I am working toward a much greater accomplishment in the next life.

This story was provided by Athletes In Action and written by Elana Meyers.