By Stephen Copeland Jan 21, 2014
Does Maya Moore do anything but win? Every step, every stage, that’s all she has done. She won three state titles with Collins Hill High School in Georgia, two national titles in college at the University of Connecticut, and three years into her professional career with the Minnesota Lynx, her winning ways have not changed... 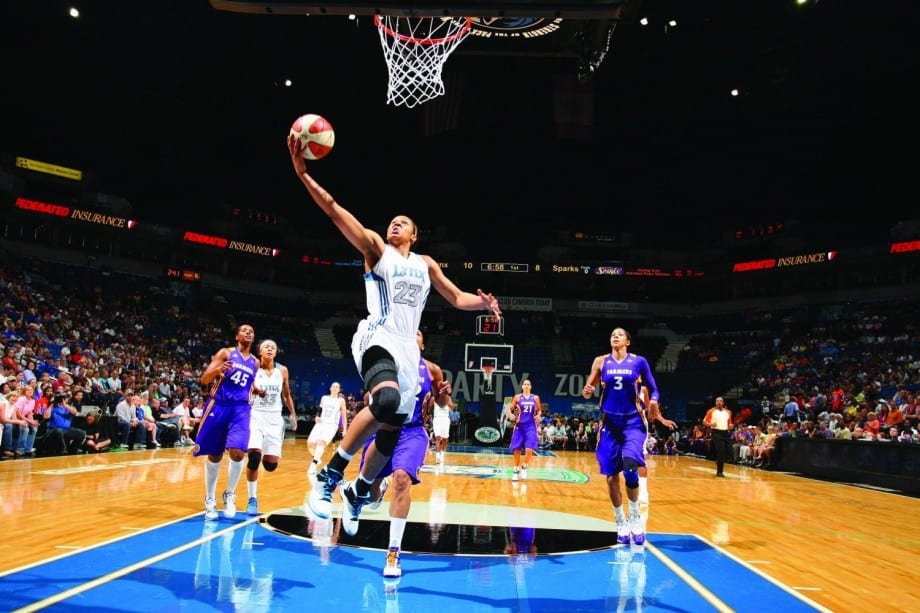 Does Maya Moore do anything but win?

Every step, every stage, that’s all she has done. She won three state titles with Collins Hill High School in Georgia, two national titles in college at the University of Connecticut, and three years into her professional career with the Minnesota Lynx, her winning ways have not changed.

Moore is coming off the best season of her WNBA career, where she led the Lynx in points, became the first person in WNBA history to lead the league in both three-point field goals and three-point shooting percentage, helped Minnesota post the best record in the WNBA for its third straight year, and led the Lynx to its second WNBA title in three years.

It’s easy to see why experts are saying the WNBA Finals MVP is on her way to becoming one of the league’s all-time greats. She was even sought out by Michael Jordan, specifically, two years ago, becoming Jordan Brand’s first female basketball signee. It’s not her rise to the top that makes her Sports Spectrum’s Female Athlete of the Year, but rather, more impressively, her persistence that has kept her there year in and year out.

It does make you wonder: When you have accomplished everything—championships on the high school, college, and professional level (and even a gold medal at the Olympics)—what is it that fuels your motivation?

“There are a lot of things I’m motivated by,” Moore told ESPN in December. “I think number one, it just comes down to being at a place where I know I’ve been given a great gift. I feel like God has blessed me with so many opportunities and talents and different people in my life. I just want to say thank you and live my life and compete in a way where I’m putting it all out there in everything that I do, that I’m an example. I’ve been given a platform. I’ve been given an opportunity to be an example and a shining light to bring people joy through sports. That’s really fun for me. That’s really satisfying. I love to hoop. I love to compete. I love to play ball.”

And it’s this side of Maya Moore, her spiritual side, that inspires her to continue perfecting her craft, even when she has accomplished so much already.

“Faith is at the core of who I am, everything that I do, it comes from the perspective of: am I glorifying God and what my purpose is,” Moore told NBC Nightly News in 2012. “I think God has created me in a way that I have certain talents, I have certain gifts, and I have certain passions, and the more I try to develop those and live them out, I feel like I’m fulfilling my purpose. It’s bigger than just scoring a basket; it’s the impact I can make on somebody, the relationships I’ve built with my teammates and coaches.”

Few have experienced the level of winning Maya Moore has experienced in her 24 years on this earth, but when the championships and awards grow stale, and the praise of people feels empty, it’s her calling that keeps her motivated to play the game she loves. In fact, she calls Colossians 3:23—“Work hard and cheerfully at whatever you do, as though you were working for the Lord rather than for people”—as the “ultimate motivation verse.”