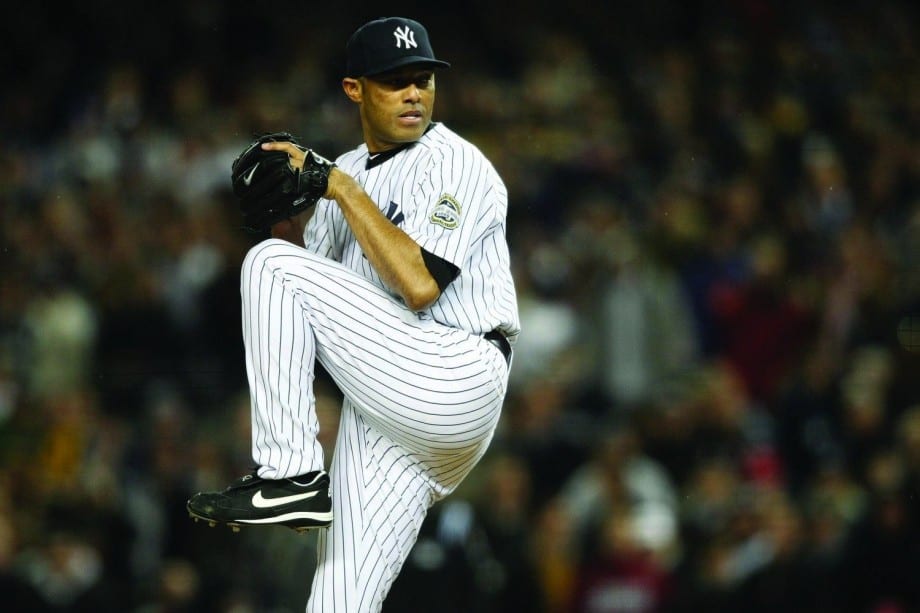 1. New York Yankees pitcher Mariano Rivera’s retirement: With his head buried in Andy Pettitte’s shoulder, Mariano Rivera cried. It was his last home game at Yankee Stadium. The gratitude and emotions of the fans were what made Rivera’s retirement from baseball so special in each city he visited, culminating in his final home game at Yankee Stadium when longtime teammates Pettitte and Derek Jeter came to the mound to take him out of the game. The crowd applauded, chanted Rivera’s name and he came out for a curtain call—a great way to end a career that spanned 19 years and saw him earn a record 652 saves, make 14 All-Star Games and win five World Series.

2. Baltimore Ravens coach John Harbaugh winning the Super Bowl: The Baltimore Ravens rushed out to a 28-6 lead in Super Bowl XLVII before the lights went out, but the San Francisco 49ers came back to pull within 31-29. The 49ers, coached by John Harbaugh’s brother, Jim, could get no closer, though, and the Ravens held on to win 34-31.

4. Daniel Nava leading Boston Red Sox to recovery and the World Series: Daniel Nava may only have hit .143 in the World Series, but his biggest hit didn’t come in the postseason for the World Series Champion Boston Red Sox. His biggest hit came on April 20 when he hit a three-run home run in the eighth to give the Red Sox a 4-2 lead (and eventual 4-3 win) against the Kansas City Royals in the first major sporting event in Boston since the Boston Marathon bombings rocked the city on April 15. A simple victory provided joy and healing for a beloved city.

5. Pittsburgh Pirates star Andrew McCutchen earning National League MVP: Andrew McCutchen’s stats were impressive: .317 batting average, 21 homers, 84 RBIs, 28 stolen bases, but the most endearing part to this story was that he won the National League MVP while helping the Pirates to their first winning season and their first playoff appearance since 1992, also the last time a Pirate player (Barry Bonds) had been named NL MVP.

Click here to watch Clint Hurdle humbled to be Manager of the Year.

8. Minnesota Lynx star Maya Moore leading her team to the WNBA title: Maya Moore is no stranger to titles after winning two NCAA national titles with Connecticut, a World Championship and an Olympic gold, but helping the Minnesota Lynx to its second title in two years after the team was one of the worst in the league before she was drafted by them, is remarkable. Add to that her WNBA Finals MVP and that she led the Chinese Basketball Association’s Shanxi Xing Rui Flame to a league title, and her year was one to remember.

10. Lauren Holiday winning the National Women’s Soccer League’s MVP: In the league’s inaugural season, Lauren Holiday won the NWSL MVP after leading the league in goals (12), assists (9) and points, and she also started 10 games for the United States tying for the team lead in assists (6).

Click here to watch Lauren Holiday sharing her faith in an FCA video.

This story was published in the January 2013 issue of Sports Spectrum magazine.