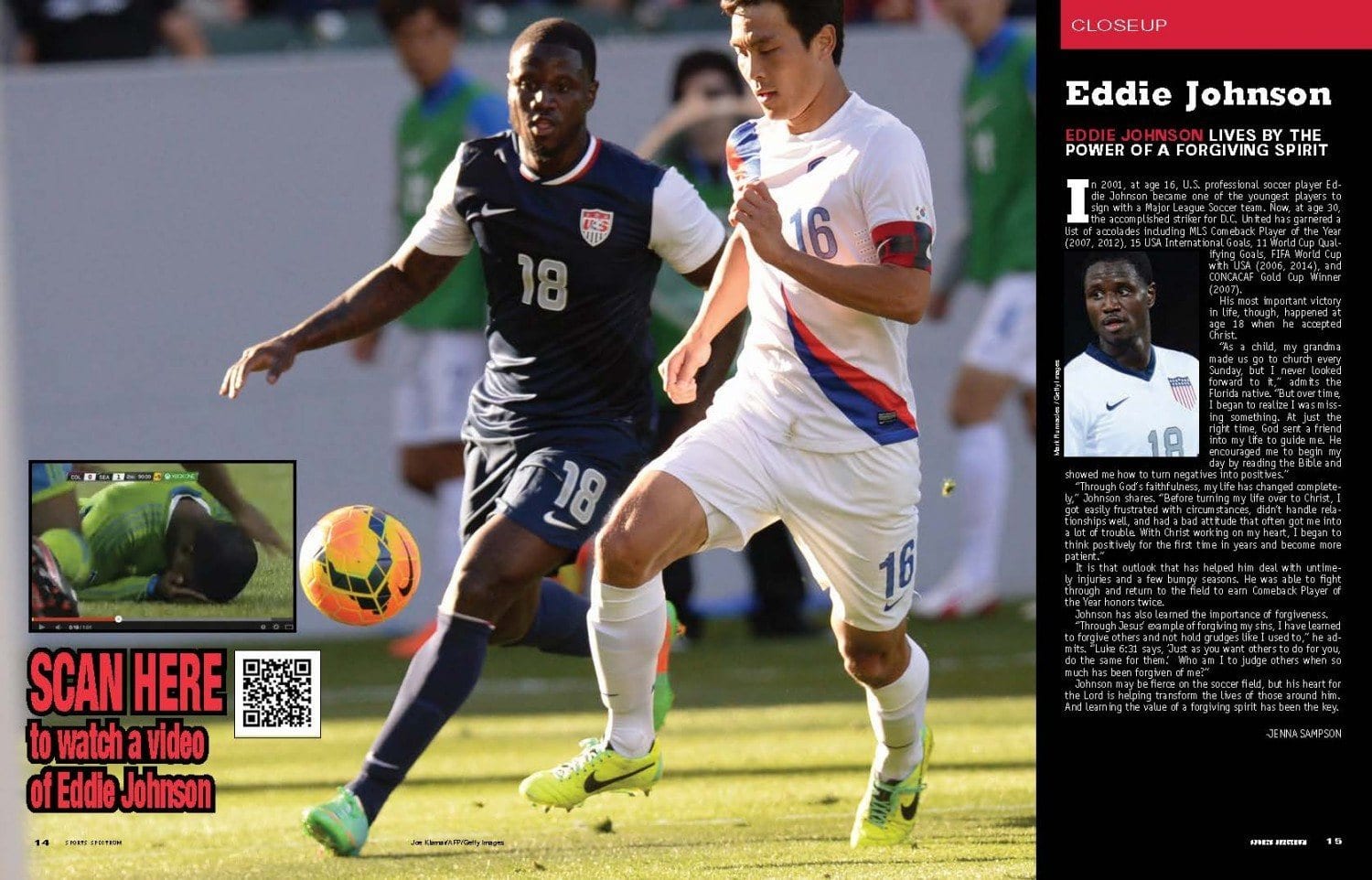 In 2001, at age 16, U.S. professional soccer player Eddie Johnson became one of the youngest players to sign with a Major League Soccer team. Now, at age 30, the accomplished striker for D.C. United has garnered a list of accolades including MLS Comeback Player of the Year (2007, 2012), 15 USA International Goals, 11 World Cup Qualifying Goals, FIFA World Cup with USA (2006, 2014), and CONCACAF Gold Cup Winner (2007).

His most important victory in life, though, happened at age 18 when he accepted Christ.

“As a child, my grandma made us go to church every Sunday, but I never looked forward to it,” admits the Florida native. “But over time, I began to realize I was missing something. At just the right time, God sent a friend into my life to guide me. He encouraged me to begin my day by reading the Bible and showed me how to turn negatives into positives.”

“Through God’s faithfulness, my life has changed completely,” Johnson shares. “Before turning my life over to Christ, I got easily frustrated with circumstances, didn’t handle relationships well, and had a bad attitude that often got me into a lot of trouble. With Christ working on my heart, I began to think positively for the first time in years and become more patient.”

It is that outlook that has helped him deal with untimely injuries and a few bumpy seasons. He was able to fight through and return to the field to earn Comeback Player of the Year honors twice.

Johnson has also learned the importance of forgiveness.

“Through Jesus’ example of forgiving my sins, I have learned to forgive others and not hold grudges like I used to,” he admits. “Luke 6:31 says, ‘Just as you want others to do for you, do the same for them.’  Who am I to judge others when so much has been forgiven of me?”

Johnson may be fierce on the soccer field, but his heart for the Lord is helping transform the lives of those around him. And learning the value of a forgiving spirit has been the key.