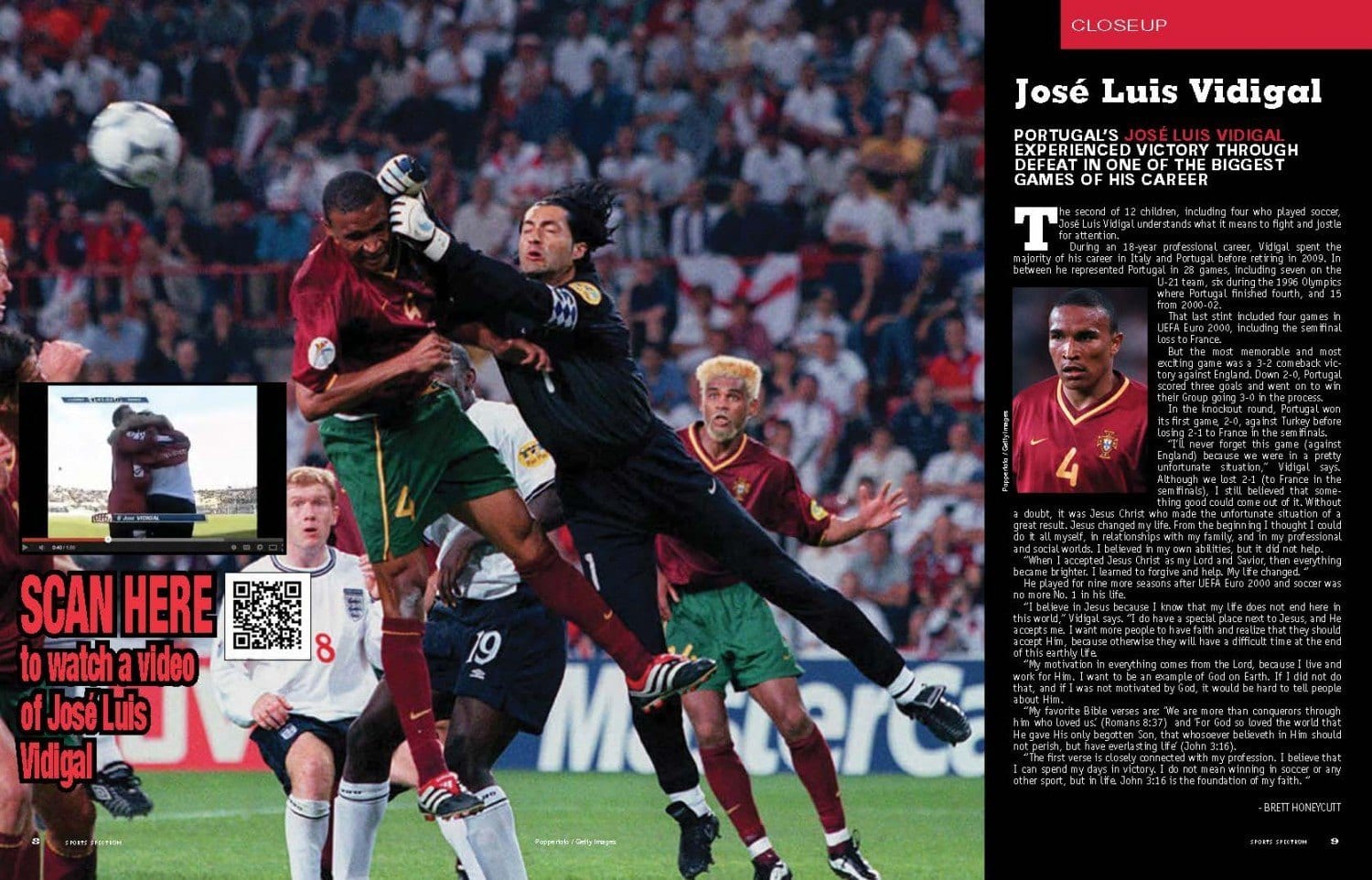 The second of 12 children, including four who played soccer, José Luis Vidigal understands what it means to fight and jostle for attention.

During an 18-year professional career, Vidigal spent the majority of his career in Italy and Portugal before retiring in 2009. In between he represented Portugal in 28 games, including seven on the U-21 team, six during the 1996 Olympics where Portugal finished fourth, and 15 from 2000-02.

That last stint included four games in UEFA Euro 2000, including the semifinal loss to France.

But the most memorable and most exciting game was a 3-2 comeback victory against England. Down 2-0, Portugal scored three goals and went on to win their Group going 3-0 in the process.

In the knockout round, Portugal won its first game, 2-0, against Turkey before losing 2-1 to France in the semifinals.

“I’ll never forget this game (against England) because we were in a pretty unfortunate situation,” Vidigal says. Although we lost 2-1 (to France in the semifinals), I still believed that something good could come out of it. Without a doubt, it was Jesus Christ who made the unfortunate situation of a great result. Jesus changed my life. From the beginning I thought I could do it all myself, in relationships with my family, and in my professional and social worlds. I believed in my own abilities, but it did not help.

“When I accepted Jesus Christ as my Lord and Savior, then everything became brighter. I learned to forgive and help. My life changed. “

He played for nine more seasons after UEFA Euro 2000 and soccer was no more No. 1 in his life.

“I believe in Jesus because I know that my life does not end here in this world,” Vidigal says. “I do have a special place next to Jesus, and He accepts me. I want more people to have faith and realize that they should accept Him, because otherwise they will have a difficult time at the end of this earthly life.

“My motivation in everything comes from the Lord, because I live and work for Him. I want to be an example of God on Earth. If I did not do that, and if I was not motivated by God, it would be hard to tell people about Him.

“My favorite Bible verses are: ‘We are more than conquerors through him who loved us.’ (Romans 8:37)  and ‘For God so loved the world that He gave His only begotten Son, that whosoever believeth in Him should not perish, but have everlasting life’ (John 3:16).

“The first verse is closely connected with my profession. I believe that I can spend my days in victory. I do not mean winning in soccer or any other sport, but in life. John 3:16 is the foundation of my faith. “