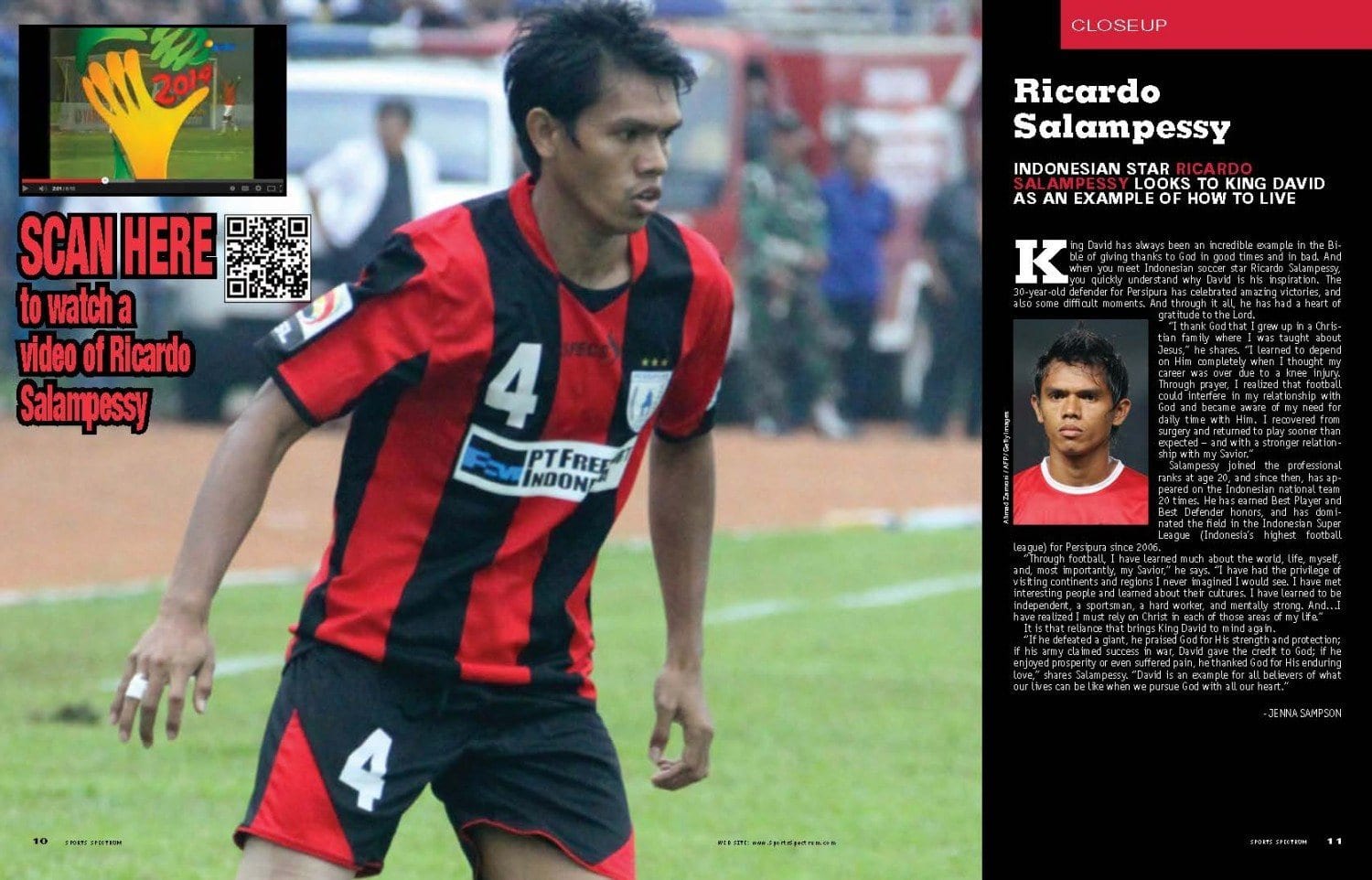 King David has always been an incredible example in the Bible of giving thanks to God in good times and in bad. And when you meet Indonesian soccer star Ricardo Salampessy, you quickly understand why David is his inspiration. The 30-year-old defender for Persipura has celebrated amazing victories, and also some difficult moments. And through it all, he has had a heart of gratitude to the Lord.

“I thank God that I grew up in a Christian family where I was taught about Jesus,” he shares. “I learned to depend on Him completely when I thought my career was over due to a knee injury. Through prayer, I realized that football could interfere in my relationship with God and became aware of my need for daily time with Him. I recovered from surgery and returned to play sooner than expected – and with a stronger relationship with my Savior.”

Salampessy joined the professional ranks at age 20, and since then, has appeared on the Indonesian national team 20 times. He has earned Best Player and Best Defender honors, and has dominated the field in the Indonesian Super League (Indonesia’s highest football league) for Persipura since 2006.

“Through football, I have learned much about the world, life, myself, and, most importantly, my Savior,” he says. “I have had the privilege of visiting continents and regions I never imagined I would see. I have met interesting people and learned about their cultures. I have learned to be independent, a sportsman, a hard worker, and mentally strong. And…I have realized I must rely on Christ in each of those areas of my life.”

It is that reliance that brings King David to mind again.

“If he defeated a giant, he praised God for His strength and protection; if his army claimed success in war, David gave the credit to God; if he enjoyed prosperity or even suffered pain, he thanked God for His enduring love,” shares Salampessy. “David is an example for all believers of what our lives can be like when we pursue God with all our heart.”