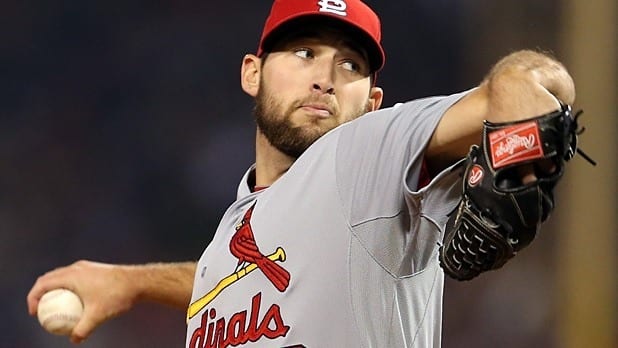 “But whoever listens to me will dwell safely and will be secure, without fear of evil.” Proverbs 1:33

Each batter Wacha faced represented the tying or go ahead run. The tension was thick in every inning.

In the sixth inning, trailing 1-0, the Dodgers had runners on second and third with no outs and later had the bases loaded with one out. Wacha was able to get out of the jam, striking out the next two batters. In the post-game interview, he was asked how he dealt with the pressure in those situations. He simply said, “I listened to Yadi.”

Catcher Yadier Molina is the Cardinals’ team leader. He is their best hitter and best fielder. He has nurtured several rookie pitchers this season through tough spots.

James 1:19 says “let every man be swift (ready) to hear…” As Christians, our team leader is Jesus. He endured more pain and suffering than any human in history during His arrest, trial and crucifixion. After rising from the dead, He sent His Spirit and His Word to be there for us through all the tough spots in our life.

Are you ready to listen to Him? He’s ready to help out at a moment’s notice.

He is our team leader. Put your trust in Him. Daily victories are likely; ultimate victory is assured.