Airing It Out -- Merciful messengers 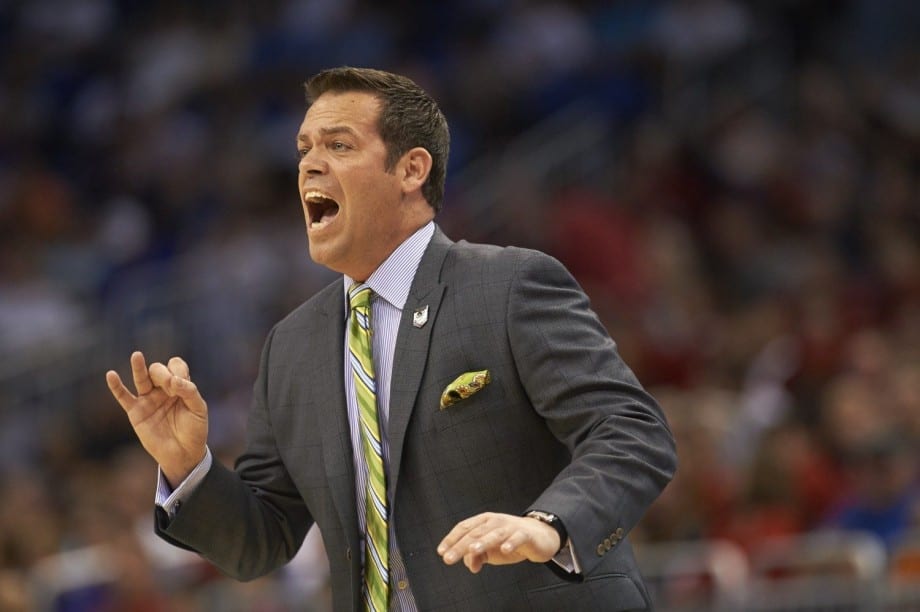 Manhattan College men’s basketball coach Steve Masiello had just led the program to the most wins in 10 years, and the Jaspers ended the season by nearly beating defending national champion Louisville in a much talked-about first round NCAA tournament game.

That success earned Masiello praise on the national level and also an interview and job offer from the University of South Florida to take over that program.

He took the job and everything seemed perfect.

He traded in the mid-major Metro Atlantic Athletic Conference for the Big East and the cold winters for sunny Florida.

Then the roller-coaster ride that had been so much fun began taking the twists and turns that turn strong men’s stomachs inside out.

After accepting the job at South Florida, the university did a basic background check that showed Masiello had never earned a degree at the University of Kentucky. He had put his graduation date as 2000 on his resume ever since he left the school that year, but he never graduated.

He had enough credits to walk with his class during graduation ceremonies, however, he still lacked a few classes to graduate. His intent was to return that summer and finish his degree, but even though he enrolled he never finished the classes.

South Florida rescinded the offer and Masiello was not only out of a job—but his image and reputation were tarnished. The likelihood of him receiving a head coaching opportunity anytime soon, much less a job offer on any college coaching staff, seemed small.

Then, Manhattan did what no one could have predicted. They showed grace and mercy, the two words that resonate with Christians all over the world because they provide life, hope and second chances while doing away with the condemnation often associated with our sins.

It’s not a license to continue doing what we did, but it’s the hope that, after seeing our wrong, we can live as if there was never a wrong. Even though we remember it, God shows us so much mercy and grace that when we give or confess our wrongs to Him, He does away with them (Micah 7:19: “You will again have compassion on us; you will tread our sins underfoot and hurl all our iniquities into the depths of the sea.”; Psalm 103:12: “As far as the east is from the west, so far has he removed our transgressions from us) and cleanses us (I John 1:9: “If we confess our sins, he is faithful and just and will forgive us our sins and purify us from all unrighteousness.”).

Manhattan’s statement by school president Brennan O’Donnell to the media and public dripped with grace.

“After an extensive review of the situation and extenuating circumstances, we determined that Mr. Masiello executed poor judgment but did not intentionally misrepresent himself in applying to the college. After participating in graduation ceremonies at the University of Kentucky, he enrolled in summer courses with the intention of completing his degree, but never followed through to make sure that the degree was awarded,” O’Donnell wrote.

“We appreciate the counsel of all involved in assessing this complex situation. Our policy was always that the coach must have at least a four-year undergraduate degree. We are confident that Mr. Masiello will be able to complete his degree this summer and return soon thereafter to resume his duties.”

Masiello, realizing the magnitude of such a  gesture, expressed his appreciation with a humble statement—the type of humility that you and I show to God when we confess our sins to Him and realize that He still forgives (when we think He wouldn’t) and He still loves us (like He said He always will).

“I am extremely grateful and humbled by the opportunity to continue as the head men’s basketball coach at Manhattan College,” said Masiello in the statement. “I made a mistake that could have cost me my job at an institution I love. Details matter.

“Manhattan College has shown me a great deal of compassion and trust during this process, and I will do everything in my power to uphold that trust. I understand that I am very fortunate to have the chance to remain here at Manhattan.”

Thinking about all of that is why Matthew 5:7 still resonates with me, “Blessed are the merciful, for they will be shown mercy.”

Remember that the next time you need mercy and also when you have the opportunity to extend mercy.

This column was published in Sports Spectrum’s April 2014 DigiMag. Brett Honeycutt is the managing editor of Sports Spectrum magazine. His column addresses topics from a biblical perspective. Follow him on Twitter-@Brett_Honeycutt.