Another Angle: Saltwater in the nose 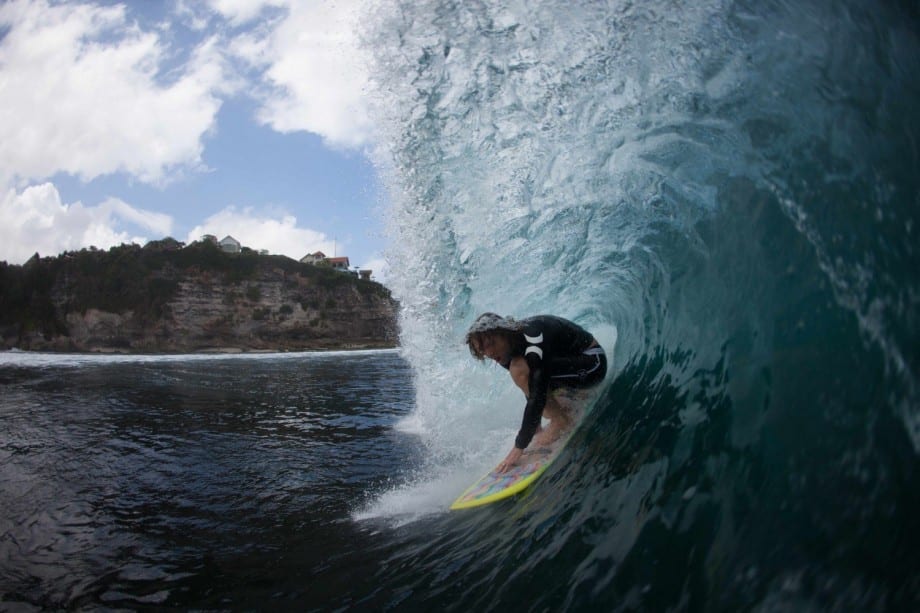 I parked my car and hurried into the gas station to buy a bag of ice.

It was 5 a.m., and I was running slightly behind.

I had started coaching a golf team at a Christian high school in Charlotte that spring, and it was the morning of our conference tournament, our biggest tournament of the year. Though I was originally hesitant to accept the coaching position, I looked back on the season and believed it might have been the best thing I had done with my life in a long, long time—something that forced me to find meaning in relationships again when my tendency was to isolate myself in coffeehouses and pubs writing things that take an eternity to get published, a process that continually seems to bring me to the edge of my identity, some daily flip of a coin between fulfillment and worthlessness.

On this particular morning, I needed to get a bag of ice for our team cooler before I picked up the bus and the boys at the high school. “That will be $2.19,” the gas station clerk said to me.

I gave him a few dollars, thanked him, and quickly walked out to my car. The sun was yet to come up, and it was a beautiful spring morning.

Maybe I didn’t lock my car, I thought.

That’s when I saw my keys in my ignition, locked in my car, the bus keys also on the keychain.

I stared at my keys for a second or two, a million thoughts racing through my mind and a thousand words that can’t be printed. I hadn’t locked my keys in my car for at least four years, and here I was, on the one day I couldn’t make a bone-headed mistake, and I had made one.

I’d see if I could push the windows down, I thought. I danced around the car, trying each and every window, but none of them budged. I desperately jumped on top of the roof of my car and tried to push open the sunroof. Nothing.

What would my players say? What would their parents say? How would they get to the tournament without the bus? Surely, I thought, my days of coaching golf were over…after one year.

I jumped back down and saw the bag of ice sitting on the pavement. I looked at it, disgusted, as if it had just laid its hands on my sister, as if the bag of ice had hands. All of this for a bag of ice, I said to myself, a stupid bag of ice.

I was desperate. So I marched over to one of the gas pumps and picked up a plastic squeegee, as if I was wielding a sword, and stomped back to my car, on a mission. I took the handle and tried to bash through my back-right window. At this point, I didn’t even care. This was the biggest day in my first year as a head coach, and I had no way of getting my players to the tournament.

I swung once…twice…three times. Nothing.

For a split second, I thought about taking my elbow and ramming it through the glass. I’m still on my parents insurance, I thought to myself, shrugging. I may as well go to the hospital one last time. But my insanity stopped there. The only thing worse than missing the tournament would be showing up at the tournament bloodied up with glass in my skin.

To make a long story short (that is actually already a long story thus debunking the cliché), a kind, older gentleman came over with one of his friends. They had a couple of gadgets to pry open the sunroof, and my roommate eventually showed up with a hanger. The men/angels fidgeted with it for a while, and eventually unlocked my car. I took their addresses and told them I would send them something.

I again looked at the bag of ice on the pavement, quite possibly the worst purchase I’ve ever made. It was the angriest I’ve been over an inanimate object that wasn’t a golf ball.

As I drove to the high school, at one point, I looked down at my speedometer and realized that I was unknowingly traveling nearly 90 miles per hour in my Chrysler Concorde down the Interstate, which is never a good thing, especially in a beat-up Concorde with over 200,000 miles on it. I think it made me realize how much I had allowed the chaos to control me, how I had become a captive to it all, how I was putting my life at risk and had nearly bashed out one of my windows with my elbow.

Once I finally arrived at the bus garage and transferred the cooler onto the bus, I whipped the bus into the high school parking lot to pick up my players. That’s when I heard a gentle thump by my feet.

I looked down. The cooler had tipped over.

Again, I stared down at the ice, which was now scattered all over the floor of the bus.

That’s when I thought back to my interview with Switchfoot’s Jon Foreman about surfing. “Surfing adds to the levity,” he told me. “It lets air into the room, and maybe some saltwater into the nose. It’s a reminder that you can’t take yourself too seriously.”

Once I took a step back, all I could do was laugh. It was as if God was smiling down on me saying, “I know you’ve had a rough morning already; now, I’m just going to turn this into an even better story. Don’t can’t take yourself too seriously.”

We arrived at the course (on time, somehow), and before the boys got off the bus, I told them to glorify God through the game of golf and enjoy God through the gift of golf, to stay focused but not take themselves too seriously, to not allow the chaos of the day to control them, as I had done that morning.

And then I apologized for the warm Gatorade.

This column appeared in Sports Spectrum’s first issue of its three Summer 2014 issues.