Devotional of the Week -- Never Too Old 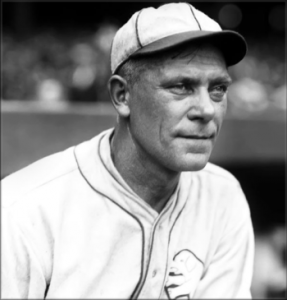 “I have fought the good fight, I have finished the race, I have kept the faith. Now there is in store for me the crown of righteousness, which the Lord, the righteous Judge, will award to me on that day—and not only to me, but also to all who have longed for his appearing.” II Timothy 4:7-8

Former major league pitcher Jack Quinn is one of those players who fade into obscurity and is only known to some because he’s the answer to a trivia question: Who is the oldest pitcher to win a major league game?

More amazing is that after he turned 45, he recorded 33 of his 57 saves and led the National League in saves twice (at age 48 and 49). During that span he also had two shutouts (as a starter) and beat four future Hall of Famers (one of them twice and two of the victories at age 49), and also hit a homerun (at age 47).

Another person who accomplished a lot late in life was the Apostle Paul. He wrote each of his 14 letters in the New Testament from his late 40s until he was put to death at approximately age 62-65. And what about Sarah and Abraham? They became parents at 90 and 100, respectively because God still wanted to use them.

If you think it’s too late to do something for God, think again. God isn’t confined by your age. He’s only confined by your heart and willingness to do for Him. Give you heart to him and continue working for Him.