Devotional of the Week: Constant Encouragement 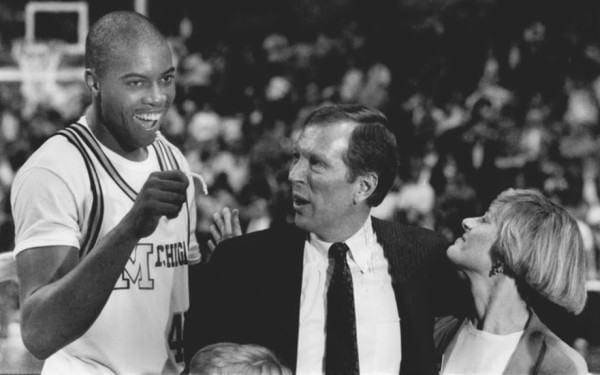 “Now we exhort you, brethren, warn those who are unruly, encourage the faint hearted, uphold the weak, be patient with all.” 1 Thessalonians 5:14

In 1989 as the NCAA men’s basketball tournament began, University of Michigan Wolverines head coach Bill Freider accepted a job at Arizona. Bo Schembechler, Michigan’s irascible athletic director, immediately fired Freider, saying emphatically that “no Michigan team will be coached by somebody from Arizona!”

Schembechler then named assistant coach Steve Fisher to be the interim head coach.

Michigan’s team had lots of talent, but underachieved with the aggressive, in-your-face style of Freider. By contrast, Fisher constantly encouraged his players from the beginning, often clapping his hands, giving a thumbs up or a pat on the back to a player, even after a poor shot or a turnover.

The Wolverines won their first game in the tournament, and another and then two more. Then Fisher, who hails from Herrin, Ill., guided his team past Illinois, which had twice beaten Michigan soundly during the Big 10 season. Two days later, Michigan won the national championship against Seton Hall.

I’ve been at both ends, and can honestly say it makes a big difference. Never underestimate the power of a kind word, a hug, or a pat on the back.