Airing it Out: Encourage or Destroy? 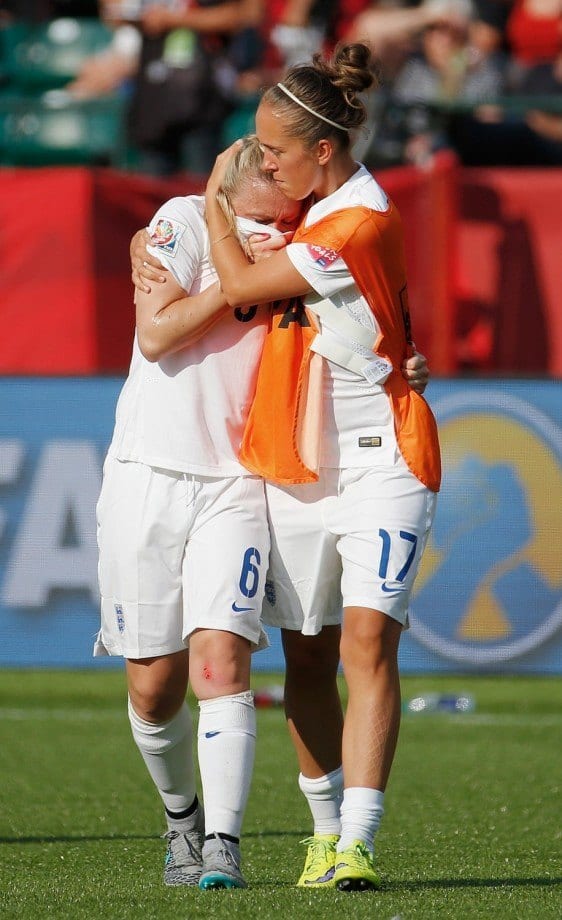 The stories of Laura Bassett and Steve Bartman are great examples of what it takes to truly embrace, love and encourage someone or to truly crush, hate and destroy them.

Most sports fans will remember both people (famous and infamous now), but Laura Bassett’s incident is still fresh in most people’s minds.

The British soccer player scored an own goal that gave Japan the victory against England in the semifinals of this year’s Women’s World Cup. It was heartbreaking and devastating for not only Bassett, but her teammates, England coach Mark Sampson, and the team’s fans.

Coupled with the fact that England had never made it to the World Cup final, and that Bassett’s own goal came in stoppage time, it crushed a nation, fans of the team, soccer fans in general, and especially Bassett.

The reaction by fans and even pundits afterwards (immediately and in the weeks to come), was surprisingly remarkable.

Sampson summed up those sentiments after the game.

“When she goes home she will be a hero,” Sampson told the media. “The way Laura Bassett has played in this tournament, she has epitomized all the values that England football fans want to see in that white jersey. She is hurting now, but she will wake up, she will have 22 teammates, a group of staff who will give her a hug, tell her how proud we are of her and we will do the same to the whole group.”

Those feelings were echoed by not only her coach, team and the nation of England, but the entire world (and even the cynical and not so sensitive mainstream media pundits). Sure, there were a few insensitive people, but for the most part Bassett was embraced, loved and encouraged.

In contrast, the story of Steve Bartman was a reminder of how profane, intolerable and, well, nasty that sports fans, and people in general, can be when things don’t go their way.

You’ll recall that Bartman was the lifetime Chicago Cubs fan who, on Oct. 14, 2003, reached over the railing at Wrigly Field during Game 6 of the National League Championship Series to catch a foul ball. The Cubs’ Moises Alou tried to make a catch, but in Bartman’s attempt to snag it Alou was unable to make the play.

Just another incident during a baseball game, right? No. The game was in the eighth inning, the Cubs were leading the Florida Marlins 3-0 with one out, and Chicago was ahead 3 games to 2 in the best-of-7 series. Five more outs and the Cubs would reach their first World Series since 1945.

Then the floodgates opened.

When the inning ended, the Cubs trailed 8-3 and would lose the game by that score. Fans were so outraged that they started shouting profanities at Bartman, and as security led him away he was cursed at even more and had beer and other debris thrown at him. After someone made his address public, police surrounded his house to protect him and his family. To add to Bartman’s woes (not that he needed anything else), Illinois Governor Rod Blagojevich chimed in by sarcastically saying that Bartman should join a witness protection program.

The following night, the Marlins rallied from a 5-3 deficit to win 9-6 and win the NLCS, and later the World Series.

In the years following the incident, people have mellowed but not enough to coax Bartman to do an interview or go to a Cubs game. He’s declined both the last 12 years (even shunning six figures to appear in a commercial).

The similarity between both are that they wanted what was best for their team. Bassett never wanted to score for Japan, and Bartman didn’t want to help the Marlins win.

But both were treated differently by people; Bassett as if she had good intentions and circumstances didn’t go her way, but Bartman as if he was out to harm the Cubs and intentionally interfered with Alou’s chances to catch the ball.

As a believer, a follower of Christ, which fan are you? Do you rush in judgment to crush someone or embrace them? To hate or love? To destroy or encourage?

Only seeing ourselves in the shoes of the defeated, essentially embracing humility, compassion and love, can we shun the temptation to crush, hate and destroy, and instead embrace, love and encourage others.

As you think about this and how to emulate Christ, chew on this passage, Philippians 2:1-7, to see the attitude and humility we should convey toward others (despite how we feel), no matter what happens:

“Therefore if there is any encouragement in Christ, if there is any consolation of love, if there is any fellowship of the Spirit, if any affection and compassion, make my joy complete by being of the same mind, maintaining the same love, united in spirit, intent on one purpose. Do nothing from selfishness or empty conceit, but with humility of mind regard one another as more important than yourselves; do not merely look out for your own personal interests, but also for the interests of others. Have this attitude in yourselves which was also in Christ Jesus, who, although He existed in the form of God, did not regard equality with God a thing to be grasped, but emptied Himself, taking the form of a bond-servant, and being made in the likeness of men.”