Devotional of the Week: Game Changer 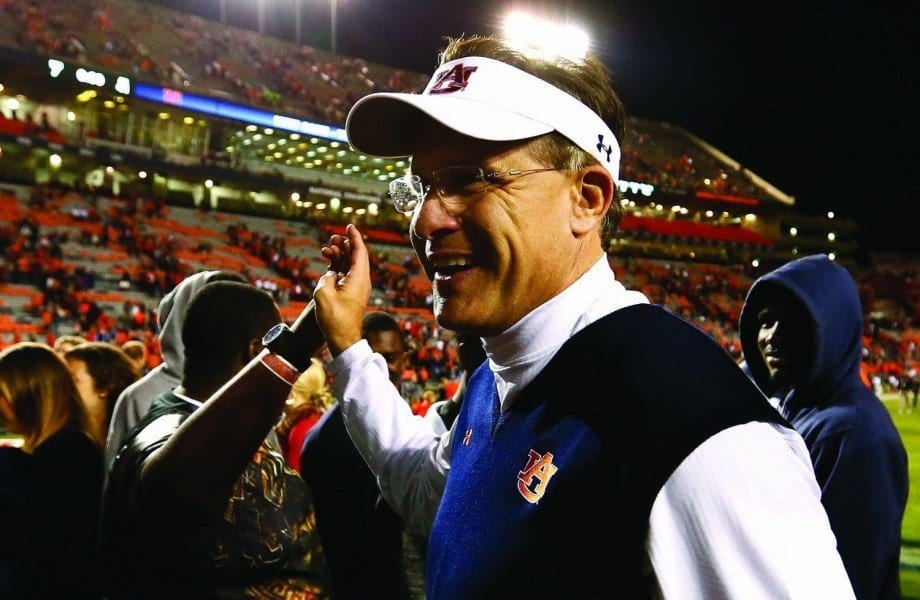 “But the Lord still waits for you to come to him so he can show his love and compassion. For the Lord is a faithful God. Blessed are those who wait for him to help them.” Isaiah 30:18

I traveled to Tuscaloosa, Ala., in 2010 to watch my No. 2 Auburn Tigers take on the No. 11 Alabama Crimson Tide in what turned out to be one of the greatest comeback games I’ve ever seen. Down 21-0 at the end of the first quarter, I began to think my team’s dreams of an undefeated season and national championship hopes were coming to an end.

Then, just before halftime, Auburn defensive end Antoine Carter chased down Alabama running back Mark Ingram to halt another six points from the Tide, a score that would have likely sealed Auburn’s fate. Carter punched the ball out from Ingram at the Auburn 19 and recovered it as the ball bounced into the end zone.

The entire mood of the game changed in just one play. That’s all it took to provide a momentum shift that catapulted Auburn to a 28-27 victory over its archrival.

In life, we sometimes venture off the narrow path. We get down, we lose focus or control, and we may begin to doubt our ability to overcome adversity. Always remember that God will never abandon us. As stated in Isaiah 30:18, “But the Lord still waits for you to come to him so he can show his love and compassion.” God remains arms-opened, waiting for us to run to Him for guidance and love. All it takes is one prayer, one decision, one morning waking up and saying, “Today, I am going to turn my life around.”