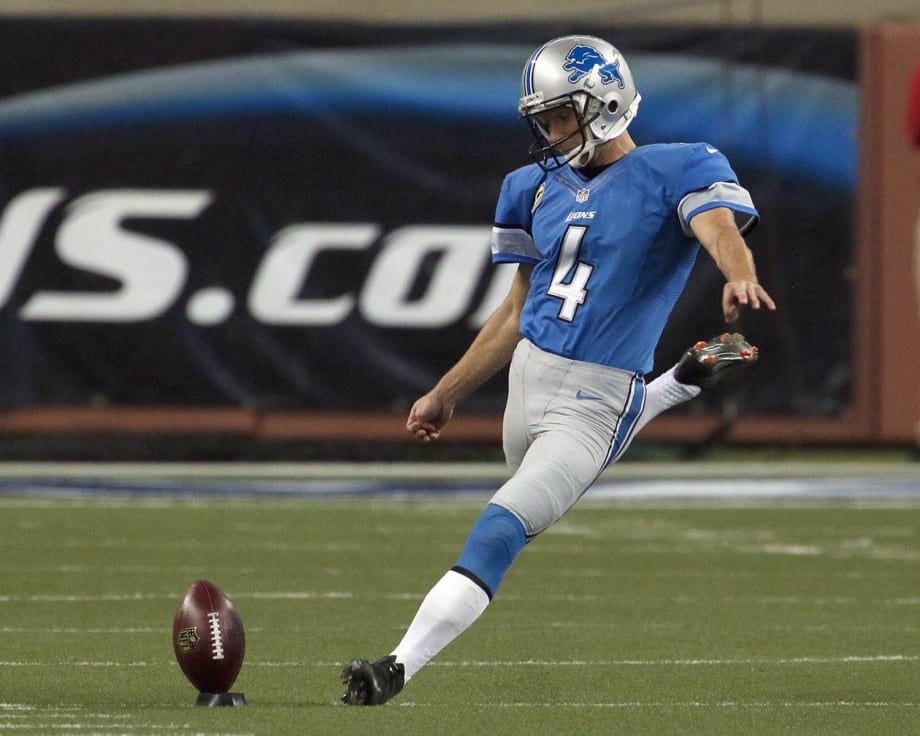 As an NFL kicker, Jason Hanson has heard the cheers after kicking a game-winning field goal.

And he’s heard the boos after missing.

Welcome to Hanson’s world. And no one wearing a Detroit Lions uniform did it better. Or longer.

For 21 years, Hanson kicked field goals for the Lions before he retired in 2013. He’s the first player in NFL history to play 300-plus games with one team. No player has played for the same team that long.

He has the NFL record for the most 50-yard field goals and he’s fourth in the league in scoring all-time.

But Hanson said all the fame, all the records and all the cheers can’t top what his Christian faith gives him – peace.

“In 20 years in the NFL, I’ve found that there’s no peace apart from Jesus Christ,” Hanson says. “There’s no performance. There’s no paycheck. There’s no glory. There’s no fame that satisfies. And most of it leaves you empty in the long run. It’s only knowing Jesus and being forgiven. There’s nothing on the football field that can do that.”

Despite his fame and his wealth, Hanson has the same spiritual needs as the banker or barber, or the guy sitting in jail doing his time.

“I’m a sinner. I need a savior,” Hanson says. “There’s no self-help technique. There’s no performance that does that. Jesus does it. That’s where my faith and hope is.”

Hanson, drafted in 1993 after an All-American career at Washington State University, knows he’s not going to heaven because he was a kicker in the NFL, or because he’s the Detroit Lion’s all-time leading scorer.

Hanson, who grew up in a Christian home, accepted Jesus as his Lord and Savior when he was in junior high while growing up in Spokane. Even though he was in church every Sunday morning, sitting by his parents in church and singing the songs and listening to the pastor’s message, he knew something was missing.

“It was then that I realized I wasn’t a Christian just because I went to church with my parents,” Hanson says. “I realized I needed to commit my life to following him. It had to be my decision.”

From the beginning, Hanson realized being a Christian is a relationship and not a religion. And that it’s not just a one-time, forget-about-it commitment.

“I’ve discovered that God is always faithful,” Hanson says. “Through all the years of sports, of marriage and of kids in my life, He’s faithful. I feel more certain now of the truth than I did when I was in junior high school.”

His eight 50-yard field goals in one season is tied for an NFL record. Despite all his success, Hanson said he still listened to his coach, still did what his coach told him to do. He said he depended on an on-going conversation with his coach to stay sharp as a kicker. He said his prayer life—talking with God—is equally important in his Christian walk.

“It’s all about being plugged in,” Hanson says. “Praying, that’s the plug in right there. It’s the electrical outlet of a Christian’s life.”

“There are so many things in my life where I feel powerless. I’ve got to go to God. It’s a real challenge. I just need to seek deeper and go to God.”

This closeup was published in Sports Spectrum’s Winter 2016 print magazine. Log in HERE to view the issue. Subscribe HERE to receive eight issues of Sports Spectrum a year.