Filling the Void: Ian Desmond realizes that nothing else matters beyond Christ

Former Washington Nationals star Ian Desmond established a name for himself in the big leagues as the backbone of the Nationals. The shortstop was first drafted by the Montreal Expos (now Nationals) in 2004 out of high school, and is now a 29-year-old father of three. He made his major league debut in 2009 for Washington, and both the franchise and Desmond settled nicely into the Washington D.C. area, bringing big league baseball to an area more attuned with the political scene. The out-of-towners earned their welcome with fine play on the field.

It was a fine pairing, but one that Desmond wasn’t willing to compromise.

He rejected a multi-year offer from Washington last season, despite how much he loved the Nationals organization.

“…I don’t want to sign a deal that is so bad that a future shortstop gets screwed because I signed a terrible deal,” he told the Washington Post. “I’m not going to be that guy, that kink in the chain. I’m going to get a fair deal, or I’m just going to wait.”

After the season, he became a free agent and was signed by the Texas Rangers in February. Both are hoping for a new beginning after Desmond’s production was down last season. 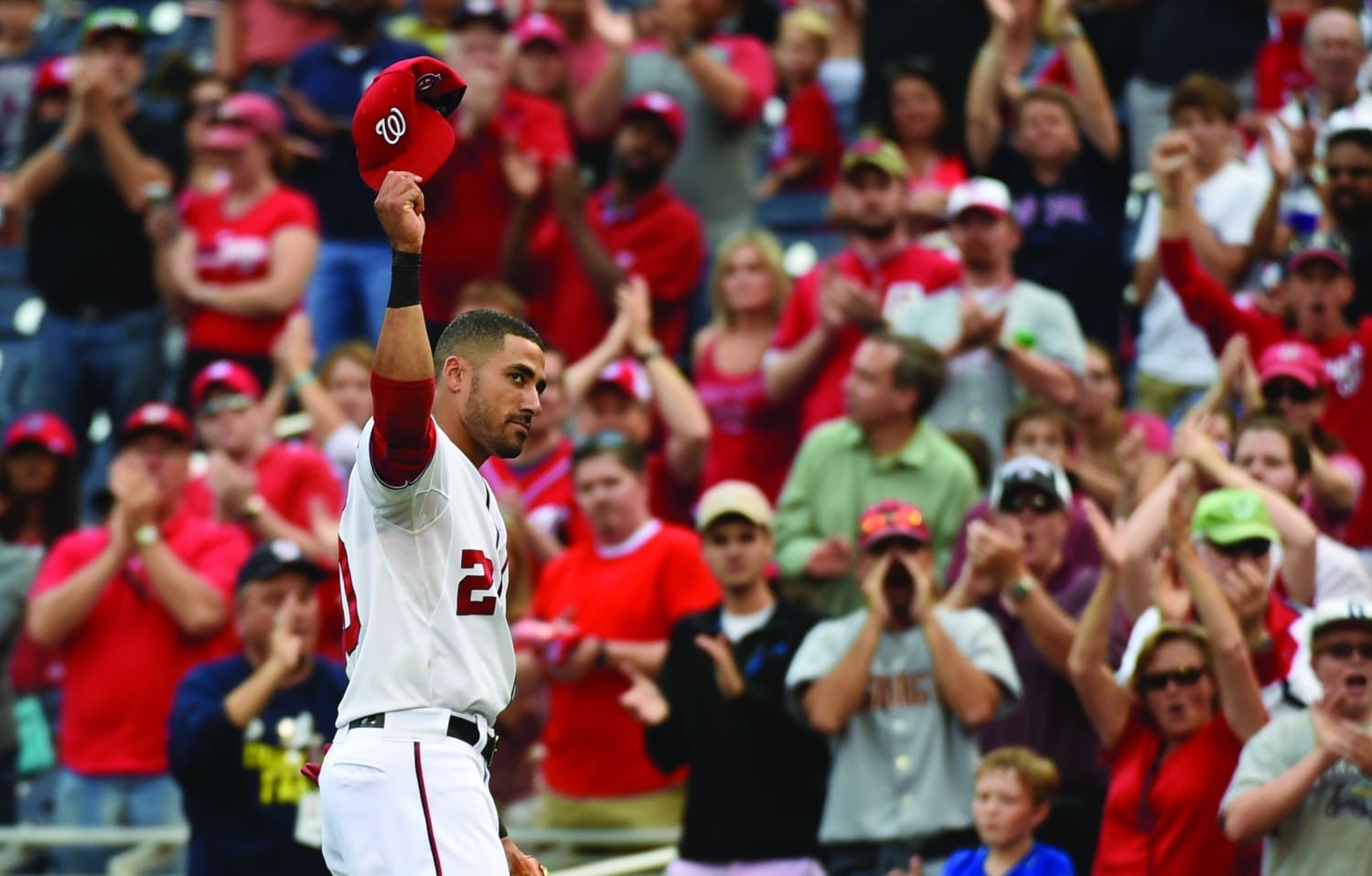 But his fade shouldn’t deter anyone from believing he can produce.

The 6-foot-3, 215-pound Florida native earned the Silver Slugger Award three times (2012-2014), an honor given to the best offensive player at each position in their respective league. He was also selected to the 2012 All-Star team, his standout season. And last season, he surpassed the 100 home run mark.

Even stars like Desmond deal with the pressure of pursuing a Christ-filled life when it seems like no one else is. He’s the first to admit that taking the worldly road is easy, but assures athletes that taking the other road (the tougher one) is worth it.

“I think if you want to grow up and be a man, there’s going to be some hard choices,” he says. “And if you’re on a team of 25, and you’re the only believer, it’s going to be a hard choice for you to hold back from cussing and to fight off the worldly things. The tough road, the hard road, is completely worth it, I can tell you that, full and wholeheartedly that, say no, say that you’re going on a different road. At the end of the day you’re going to have a platform to give God the glory and it’s going to be awesome.”

Desmond wasn’t always so firm in his commitment to seeking Christ. He was baptized as a kid and attended Catholic school until fifth grade, but then baseball began to take over his life and weekends, pushing God to the side.

“As I matured and continued to chase my dream, I filled that void in my heart with baseball and so many other things,” he admits. “On my journey to the major leagues, my Sundays were generally filled with cage work. I had chaplains coming up to my locker asking me if I wanted to attend the chapel, and I always said, ‘No, I don’t have time for that.’ I got my mind set on making it to the major leagues, and when I was at the major league level, I didn’t want to let that dream slip away.” 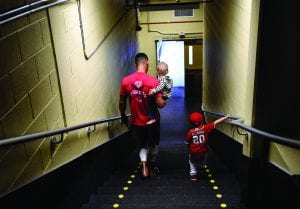 But getting married to wife Chelsey in 2010 really started to change the couples’ path. “My wife had no background in faith, and she started to ask me questions, and I didn’t really feel like I was in a place in my life to answer them,” says Desmond. “I probably could have answered them, but I didn’t want to mislead her. She started going to Bible studies and chapels, and I was pushing her away because I was so focused on chasing my dream.”

Everything changed, though, when the couple began to have children.

“Then it all hit me,” he shares. “We had our first son in 2011, and New Year’s Eve, I told myself, ‘I’m going to read the Bible twice a day, every day for that year.’ That was my New Year’s resolution. At that point, my life started to take a turn.”

Desmond’s career began to take off in a big way in 2012, the year he was named to the All-Star team. But an oblique injury forced him to make the painful decision to pull out of the big game. He continued to push through the injury, trying to finish the second half of the season strong. He became so focused on doing treatment for the oblique injury, that when Sunday came he decided to miss his very first team chapel that season.

“The chaplain came into my locker, and I said, ‘Tim, I don’t think I can make it today. I have to go get treatment.’ So the chapel started, I went to the training room, and I was overtaken with goose bumps, like, ‘Man, what’s going on?’ I walked back into that chapel room and Tim looked at me, we made eye contact, and that was the moment I knew that God was in control and I didn’t need to get treatment, and He was going to take care of me.” 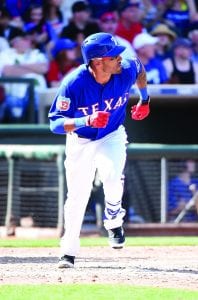 Desmond had the realization that although spending time on his physical health was vital to recovery, so was the time spent on his spiritual health in prayer and fellowship with his brothers in Christ. Trusting God in the midst of injury is a major step in spiritual maturity. Even Desmond admits proudly how much he has grown spiritually in the last few years.

“I find a ton of hope in the fact that God is so full of grace,” he shares. “Even though I don’t feel the same exuberance that I did when I first gave my life to Christ on a daily basis, I find hope that God is shining through me, and I’m able to [openly share my faith now].”

Before accepting Christ as his Savior and actively choosing to pursue a life of righteousness, Desmond looked to fill his heart with the typical worldly things that ultimately end up leaving people just as empty.

“I think before I committed myself to God, an error [on the field], trouble at home, an argument, whatever—I would search for that stopgap, that 15 minutes, 20 minutes, 30 minutes of peace, whether it was through alcohol, drugs, girls, or bars,” he shares. “I thank God that now instead of chasing things that are so insignificant, I rely on Jesus to fill that void for me on a daily basis.”

Jenna Sampson is a freelance writer who lives in Carlsbad, California. This story was published in Sports Spectrum’s Spring 2016 print magazine. Log in HERE to view the issue. Subscribe HERE to receive eight issues of Sports Spectrum a year.