As the former ace of the San Diego Padres, Ian Kennedy was used to posting success with his deceptive four-seam fastball.

During his nine-year career with the New York Yankees, Arizona Diamondbacks and San Diego Padres, he racked up more than 1,140 strikeouts and 75 victories before signing with the World Series Champion Kansas City Royals just before spring training. But as he shared during the Padres’ 2015 Faith Night, he posted a bigger win off the field when he and his wife were challenged to grow spiritually early in their marriage. His relatable frankness about the twists and turns of his life both on and off the field are an encouraging example.

The Southern Cal grad was a first-round pick by the New York Yankees in 2006, and made his debut in 2007, quickly earning comparisons to veteran pitcher Mike Mussina. He thought he had his personal and spiritual life together, even leading a rookies Bible study. But a pre-marital counseling session with his pastor left him feeling punched in the gut when the couple was told they had some big changes to make.

“Jesus really got real when Allison and I got married,” explains Kennedy. “We were about to get married, and the pastor that we were going to see said, ‘Hey. You’ve got to knock this stuff out. If you’re doing this, I’m not going to counsel you.’ And we looked at each other and we were like [sic]…We thought we were following Jesus and we were really surprised.” 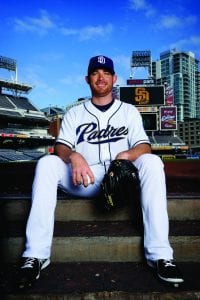 What came out of that counseling session was the realization that while they had Jesus at the center of about 80 percent of their life, there was still 20 percent that wasn’t. While many young people would have had a hard heart and been defensive at the pastor’s words, the Kennedy’s took it to heart and made the decision to jump in with both feet when it came to following Christ.

“I think that was the kick start,” sums Kennedy. “The main thing for me was, I made it to the big leagues pretty quick, but I didn’t realize how close I was holding baseball, as that was my one goal. I was working my whole life for it, and I got to the point where I was just broken down. I had a terrible outing one game, and it got to the point where I said, ‘Jesus, what’s going on?’”

Kennedy admits that in that moment, in 2008, he felt like God was pulling baseball away from him, even though he felt solid in his faith.

“I had a terrible outing in Tampa, and I talked to Allison on the phone and I said, ‘I give up. I don’t want this anymore. If this is what He wants, He can have it,’” Kennedy shared about his brokenness before the Lord. “I started crying on the phone, we were praying, and I really believe that was like a huge weight lifted off my shoulders.”

“I was sent down to Triple-A a couple of weeks later, but I was okay with that. [God] wanted me to learn, ‘This isn’t yours, this is mine. This is my career. “I’m going to work through you.’” 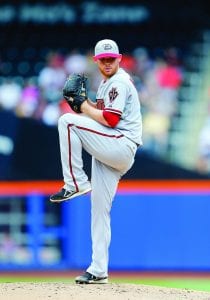 When Kennedy was traded to the Arizona Diamondbacks in late 2009, he found success on the field again. In 2010, he was the Diamondbacks Pitcher of the Year. And in 2011, he posted the most wins of any pitcher in the National League (21). He also met a chaplain who still mentors him today. But those highs were followed by another low when he had, in his words, “a terrible year again.”

Kennedy once again felt like God was trying to show him that he was putting baseball ahead of his spiritual walk. In 2013, the Southern California native was traded again to his third team, the San Diego Padres. It was a great fit, and for the past few seasons, Kennedy was a solid slinger for the Padres. In 2014, he became only the fourth Padres pitcher ever to reach 200 strikeouts.

Leading as a couple

He also stepped up as a spiritual leader on the team.

“Both Ian and his wife, Allison, (were) really trying to be influencers and leaders among the team to keep God’s Word at the forefront of everyone’s mind,” says Padres chaplain Geoff Horn. The couple has four daughters under the age of five—and wife Allison is a former USC basketball player. 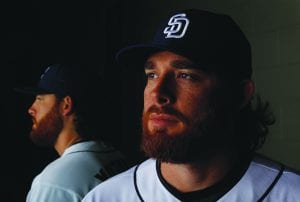 Pursuing Christ amidst all of the temptations that athletes face is a constant battle and one that Kennedy faces with prayer and a plan.

“I try to keep him in my prayers and everything I do,” he explains. “It’s very easy to get content and be sucked into the world and what it has to offer because our skin wants that. But deep down, Jesus wants us. He wants all of us.”

Looking back at the counseling session when a young couple was challenged to make some changes, and now seeing the fruit that has come from making the choice every day to pursue Christ together, is an exciting thing. And even more encouraging is their willingness to be transparent and share their story with others on the path to Christ.

Just as King David was transparent in the book of Psalms about his struggles, a man like Kennedy has the opportunity to greatly impact the younger players around him. David was gifted at throwing rocks with his sling, and was considered too small to fight Goliath, but stepped forward in boldness to represent his God. Likewise, Kennedy is considered small for a big league pitcher, but throws a powerful four-seam fastball, while also mixing in a curve, changeup and cutter. 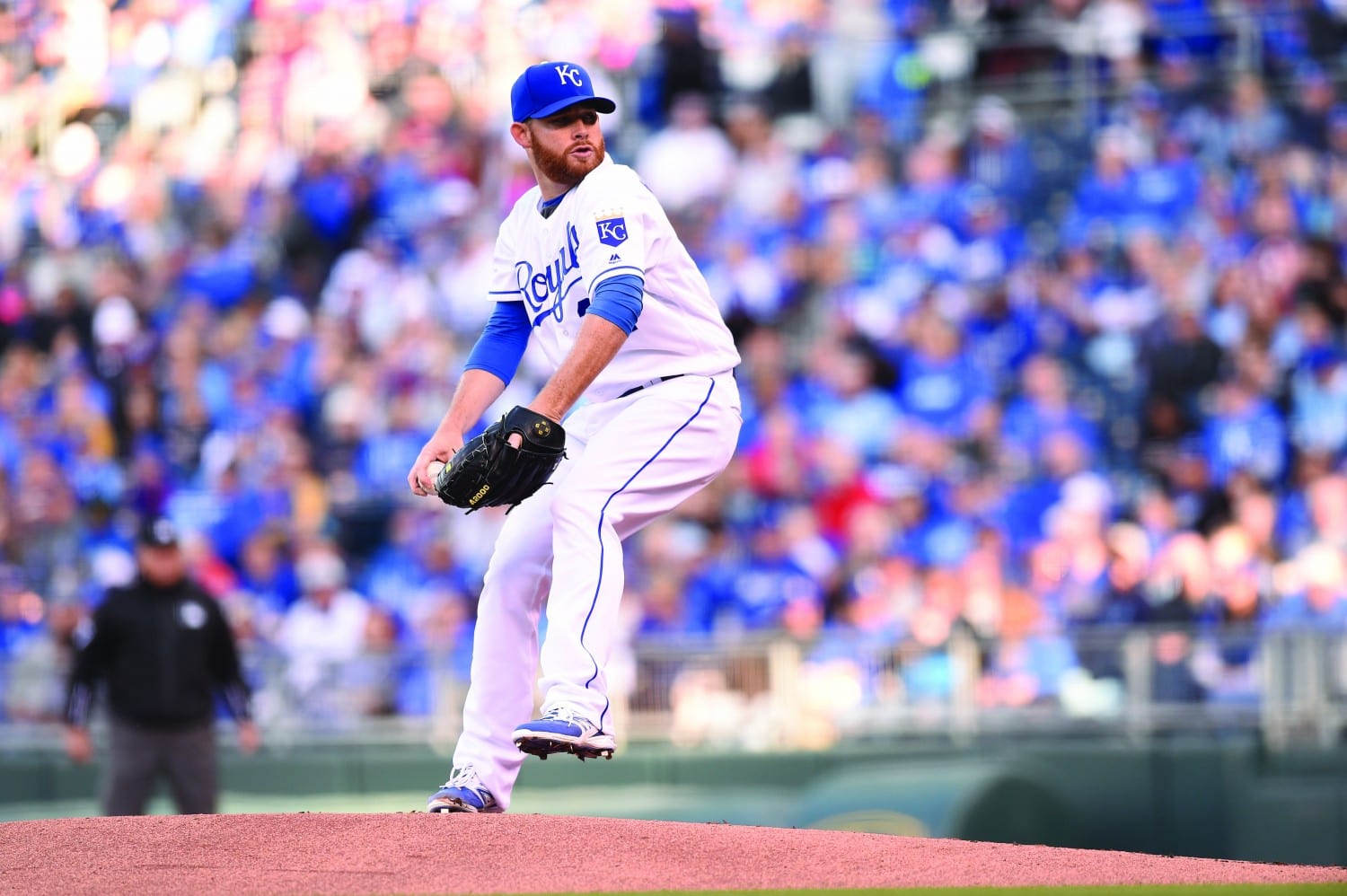 With his eye on Christ, Kennedy is inspired by that same perseverance to continue pursuing righteousness and a boldness to speak about his faith.

“You start not being ashamed of the gospel [Romans 1:16],” he admits. “Getting to realize, ‘This is me, this is who I am, this is what I’m about and I’m standing up for that.’ That’s one step that you take with teammates, and you start to have good brothers around you holding you accountable.”

Some of those brothers have been traded away, which has pushed Kennedy to grow as a leader and desire to be a better example, helping facilitate team Bible studies. He would agree that the daily choice to follow Christ is not easy, but with a heart of faithfulness and a mindset on perseverance, anything is possible.

Jenna Sampson is a freelance writer who lives in Carlsbad, California. This story was published in Sports Spectrum’s Spring 2016 print magazine. Log in HERE to view the issue. Subscribe HERE to receive eight issues of Sports Spectrum a year.