For 131 years, the world’s best tennis players have competed at the world’s oldest and most prestigious tennis tournament: The Championships Wimbledon.

An invite to the renowned tournament is an honor in and of itself; more impressive still are the players who advance far enough in the tournament to play in the Finals rounds on the tightly trimmed grass of Centre Court.  Gretchen Magers (known professionally as Gretchen Rush) is one of those few.

A four-time All-American and NCAA Division I Doubles Champion at Trinity University, Magers went on to play professionally for six years. She made it to the Finals at Wimbledon 1988 in mixed doubles, and was a Quarterfinalist at the French Open and U.S. Open.

Guided by her faith, Magers relished her journey in the pros, highlighted in this 1991 Sports Spectrum article. She retired from the pro circuit in 1992, and is now the Head Coach for women’s tennis at her alma mater. 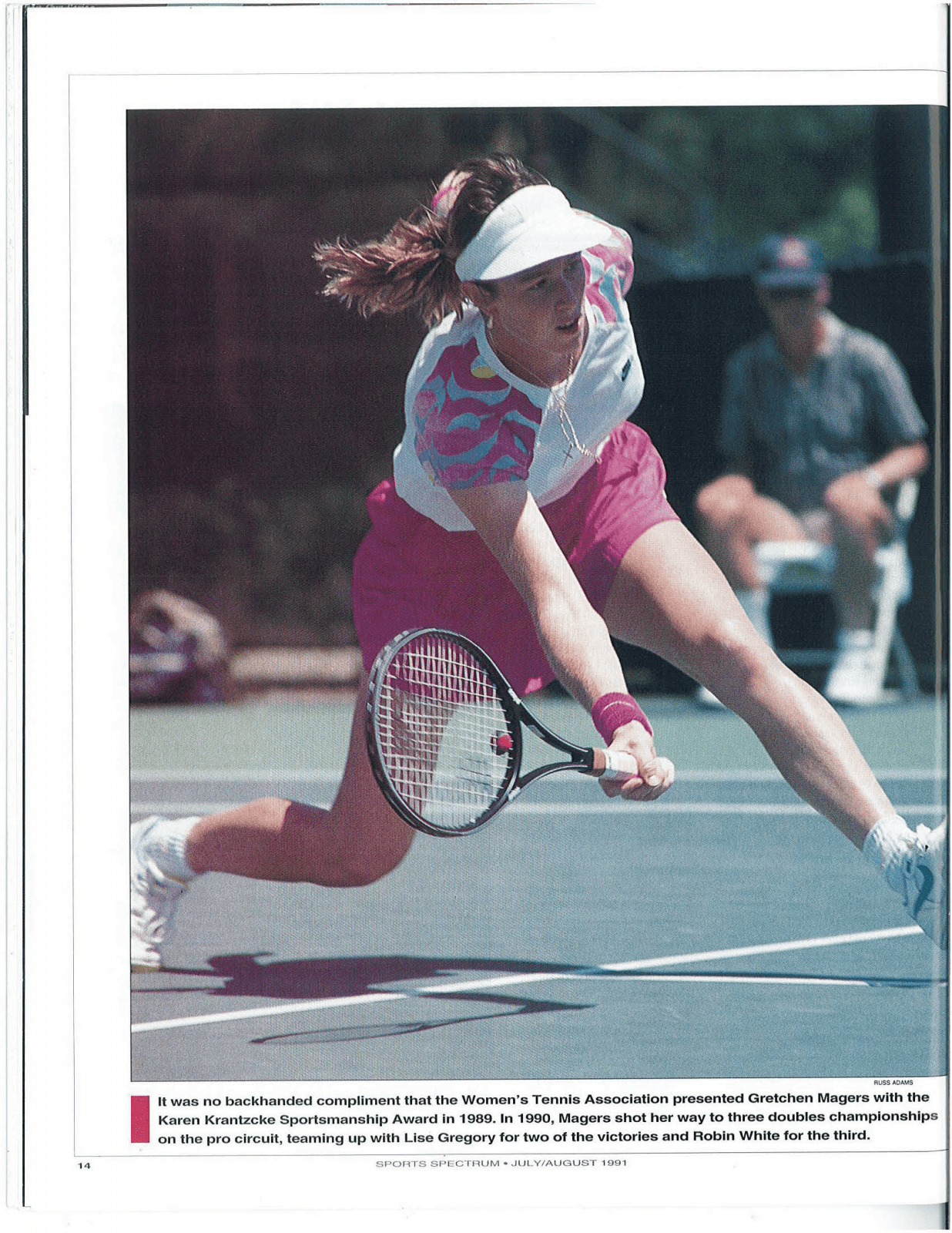 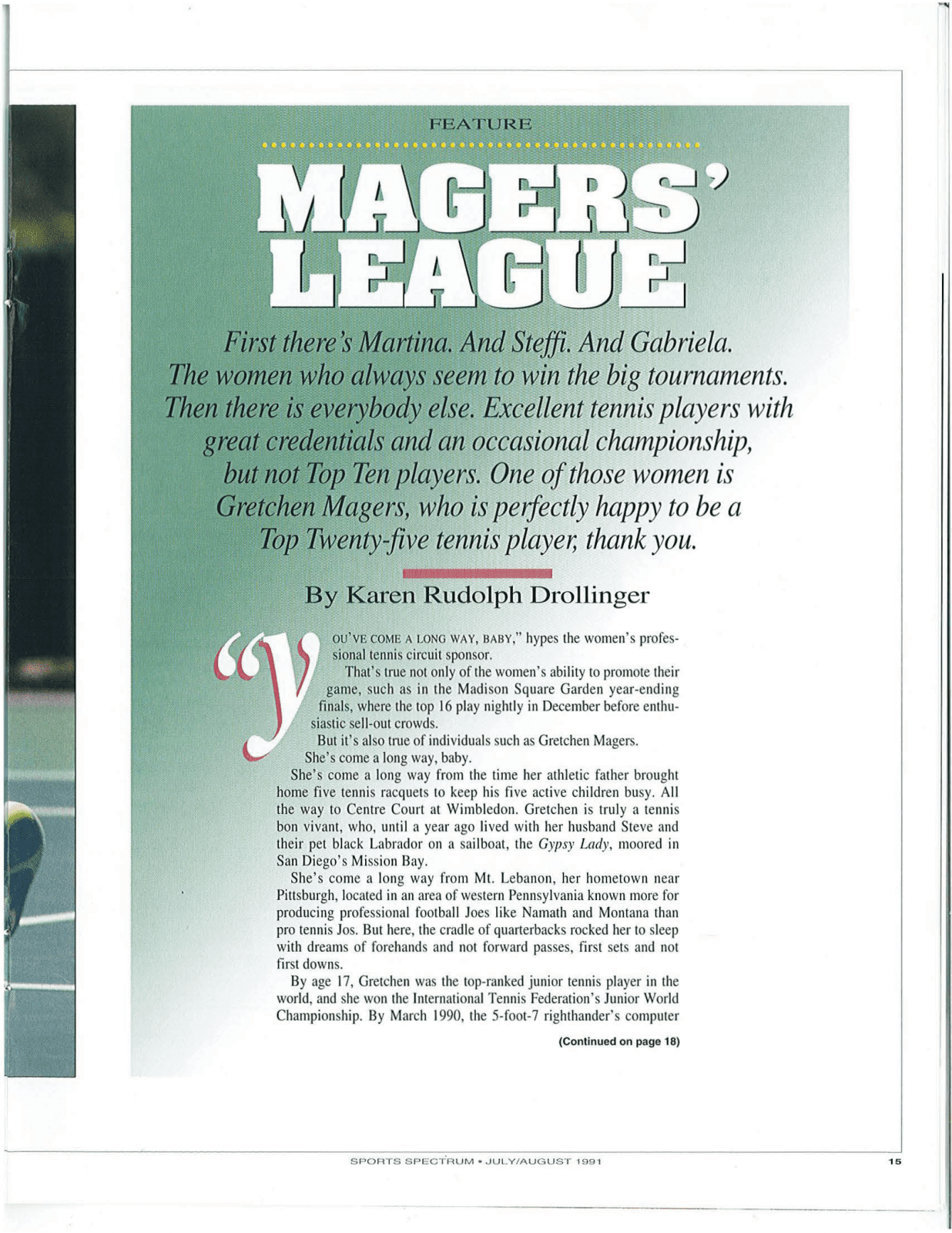 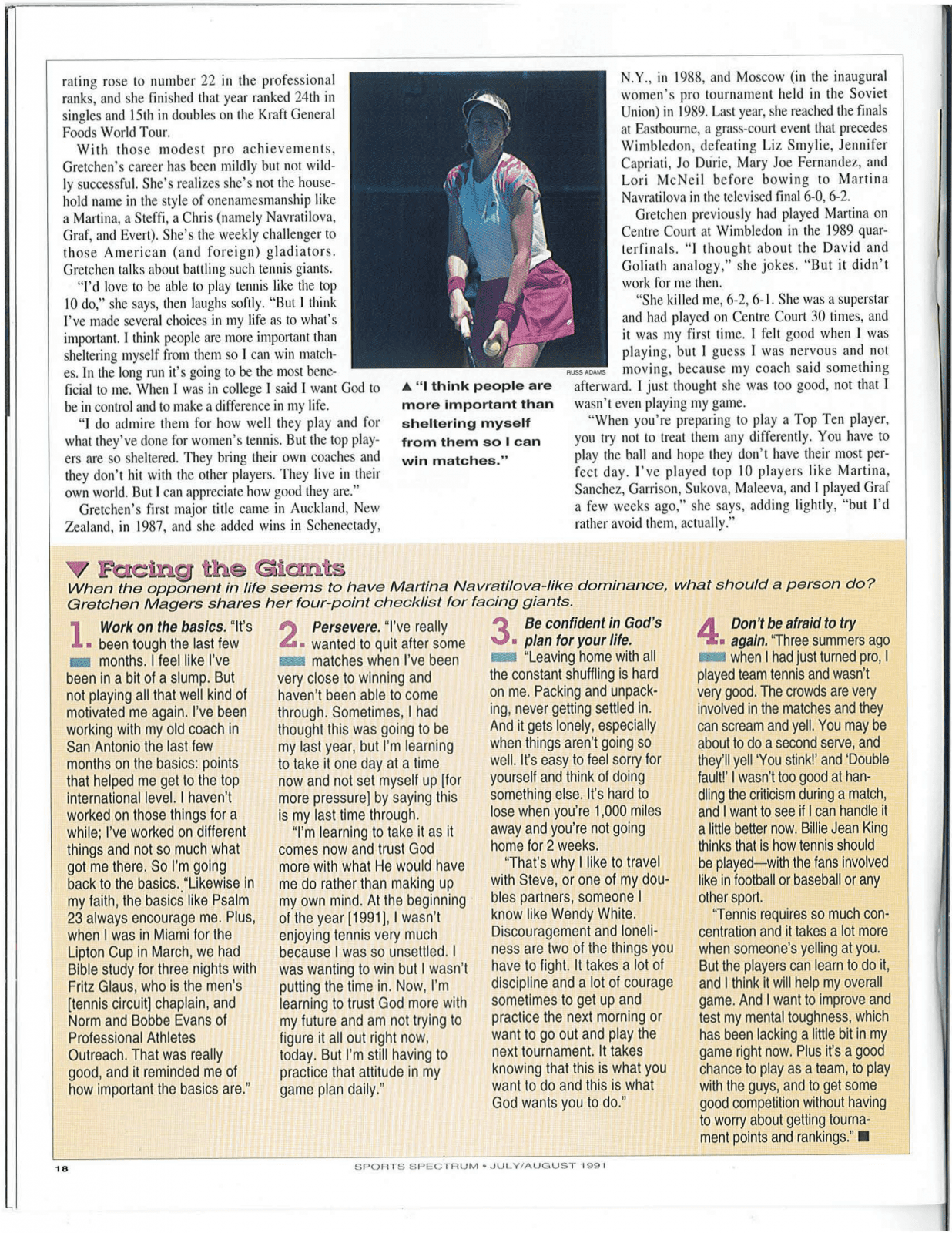 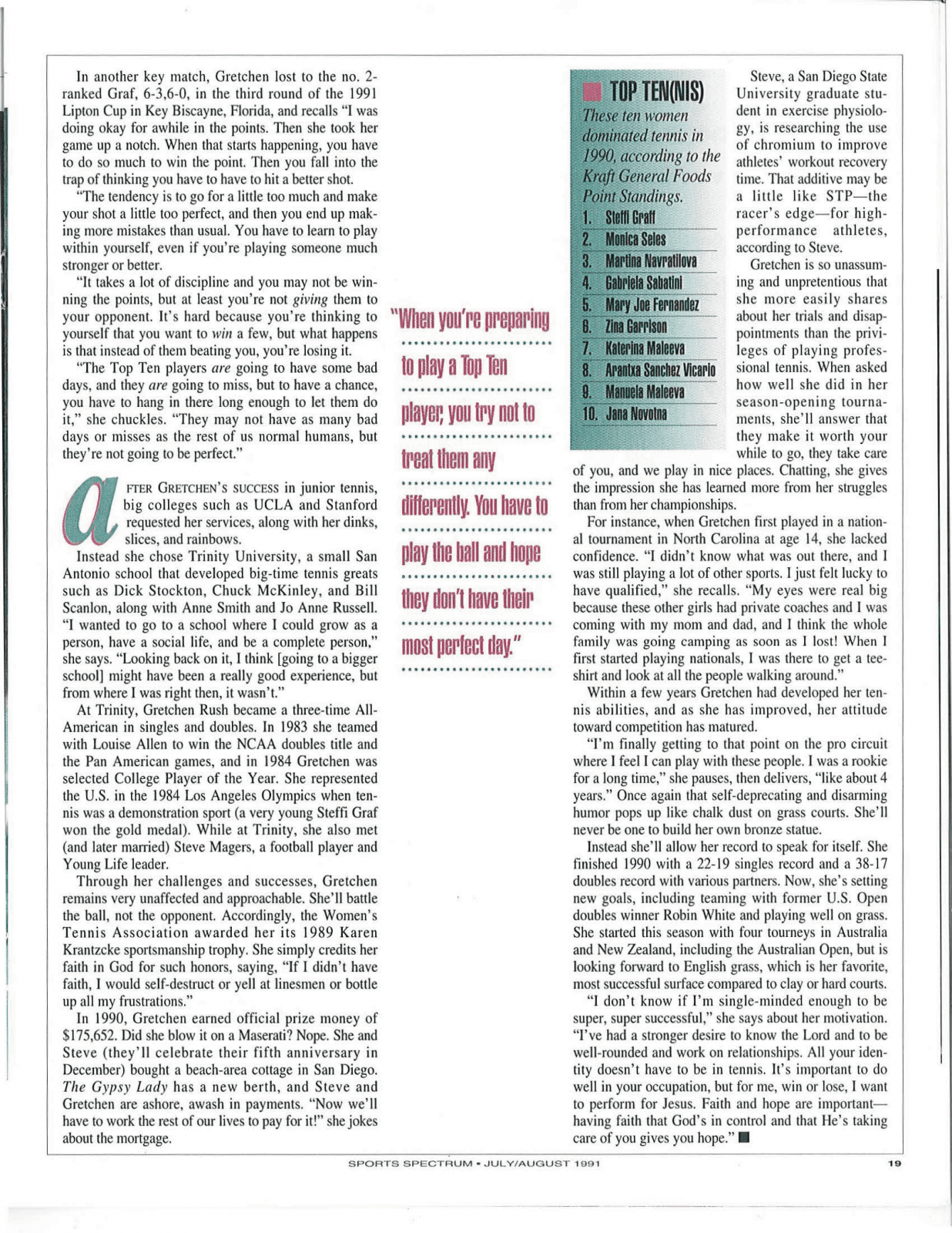