Betsy King was the Queen of Golf from the late ’80s to the early ’90s.

Between 1984 and 1989, she racked up more wins than any pro golfer, male or female, in the world. With six major championship victories under her belt (including two U.S. Open wins), it would have been easy for King to become conceited and take her success for granted.

However, her tenacious work ethic and humble attitude impressed fans and fellow golfers alike. Learn how King credited her faith for her outlook and golfing practices in the 1989 Sports Spectrum article.

Following her golfing achievements, King became involved in nonprofit work and founded the nonprofit Golf Fore Africa in 2007, which works to provide wells and clean drinking water to impoverished villages in Africa.

“My faith relates to golf in regard to preparation and giving 100 percent, because that’s what God expects of me.” – Betsy King 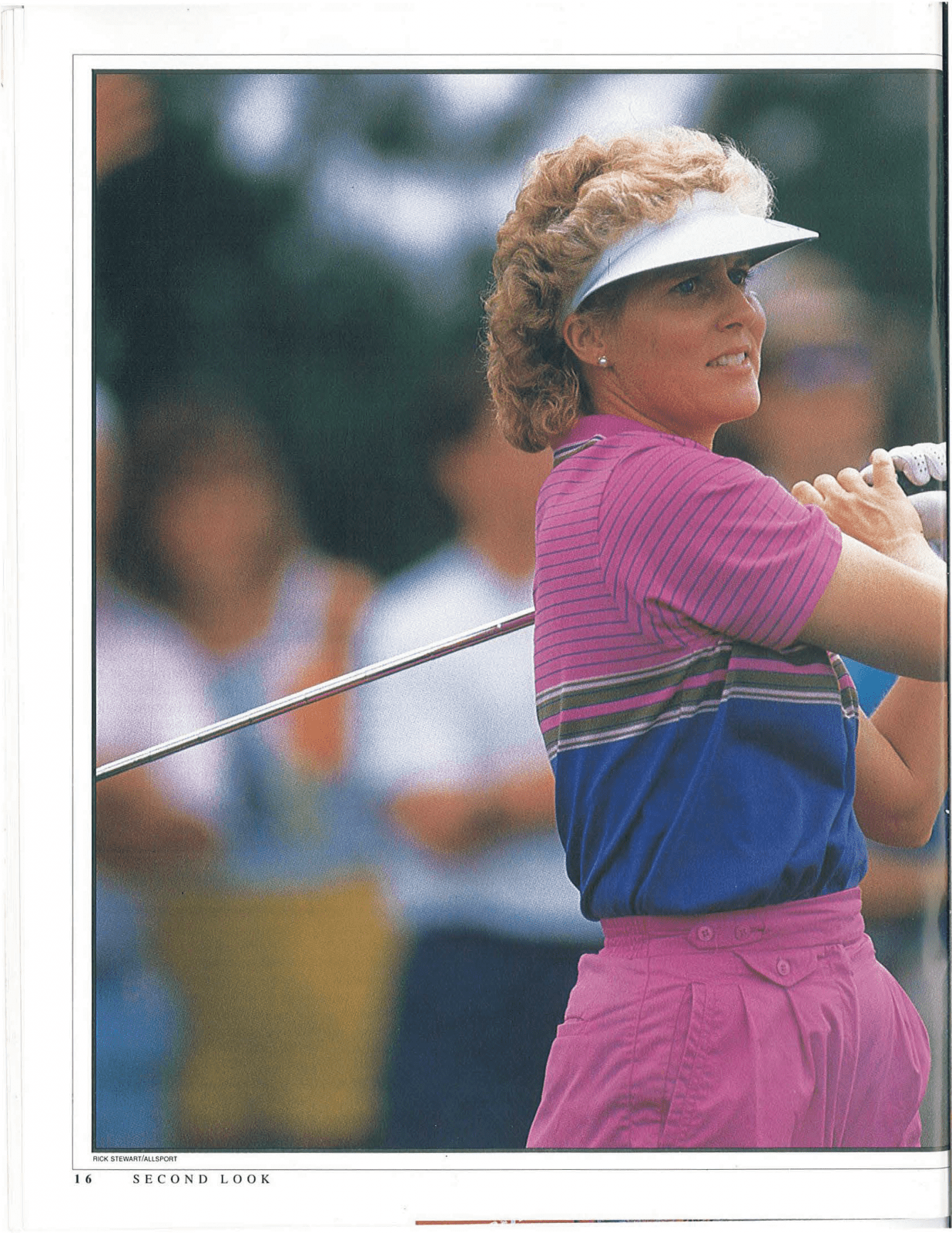 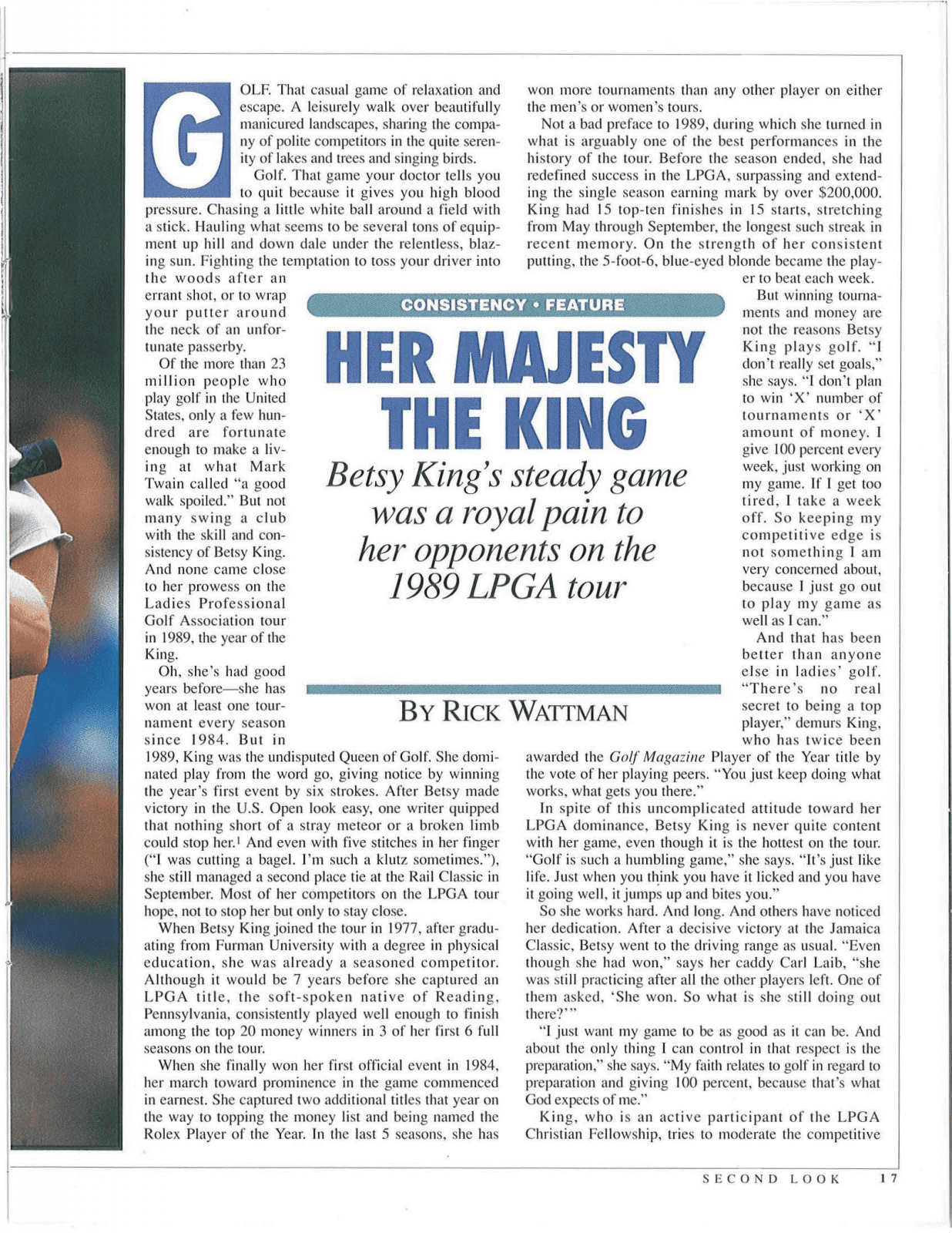 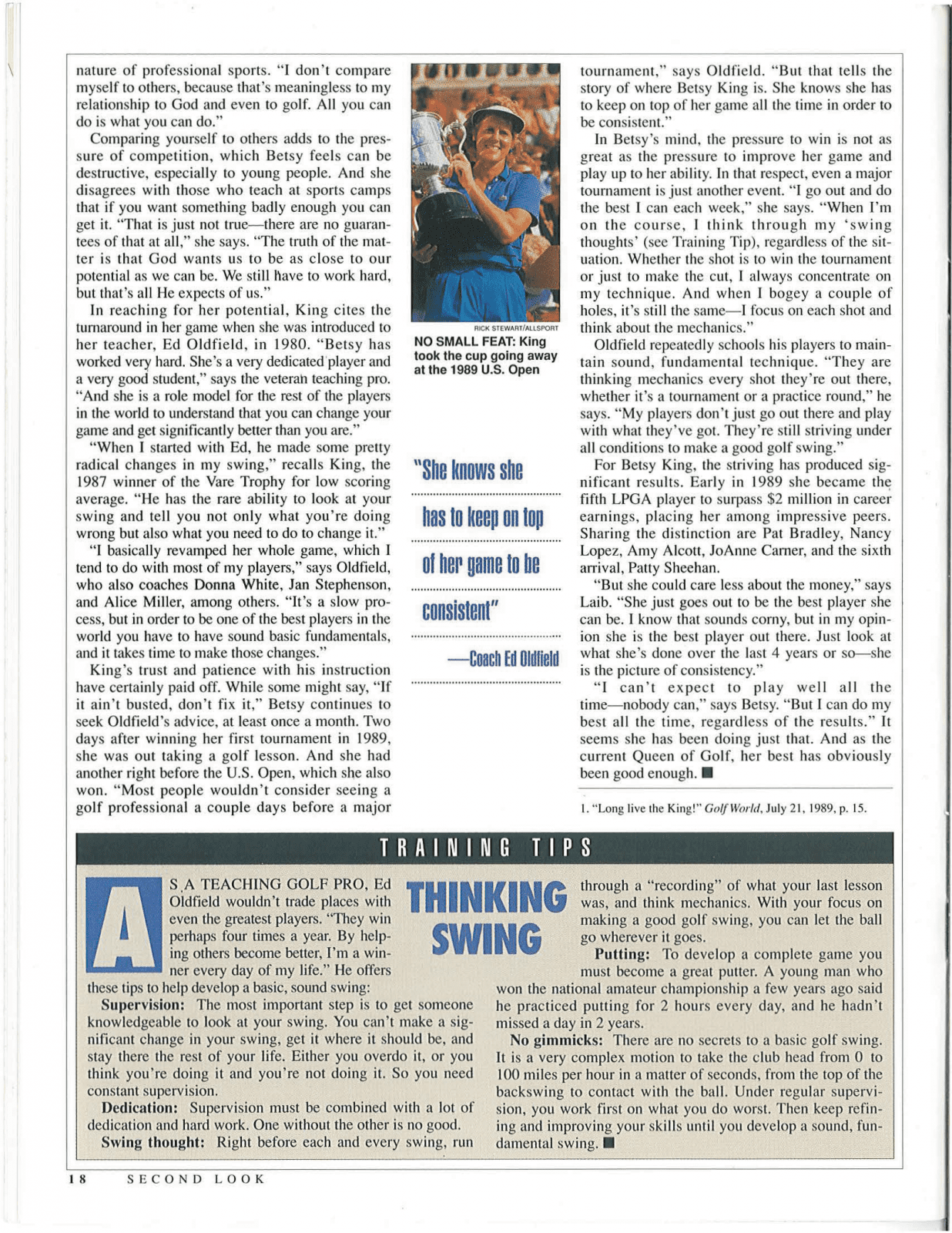