Wide receiver James Jones announced his retirement from the NFL on Wednesday.

Jones, 33, played nine seasons in the NFL, eight with Green Bay and one with the Raiders in 2014.

In 2016, he was with the Chargers in preseason, but was cut prior to the regular season starting and sat out all of last year.

In announcing his retirement on twitter, James shared a Bible verse from Ecclesiastes 3:1, while thanking God for his faithfulness.

Ecclesiastes 3:1 says “There is a time for everything, and a season for every activity under the heavens”

And my “season” of playing football has officially come to an end.

I enjoyed every minute that I played the game from a 7-year old boy playing flag football to being able to realize my dream in the NFL and provide a life for my 2 boys that I could only have dreamed of ……. God has been so faithful to me!

I find satisfaction in everything that I have accomplished throughout my career on and off the field and I am excited for the next phase of my life. I pray that those kids who know my story find hope in themselves & use any stumbling blocks as stepping stones towards their future.

Jones played one season with the Raiders in 2014, but he will always be known as a Packer, having 62 games over eight seasons in Green Bay. His 45 receiving touchdowns ranks him ninth all-time in Packers history. 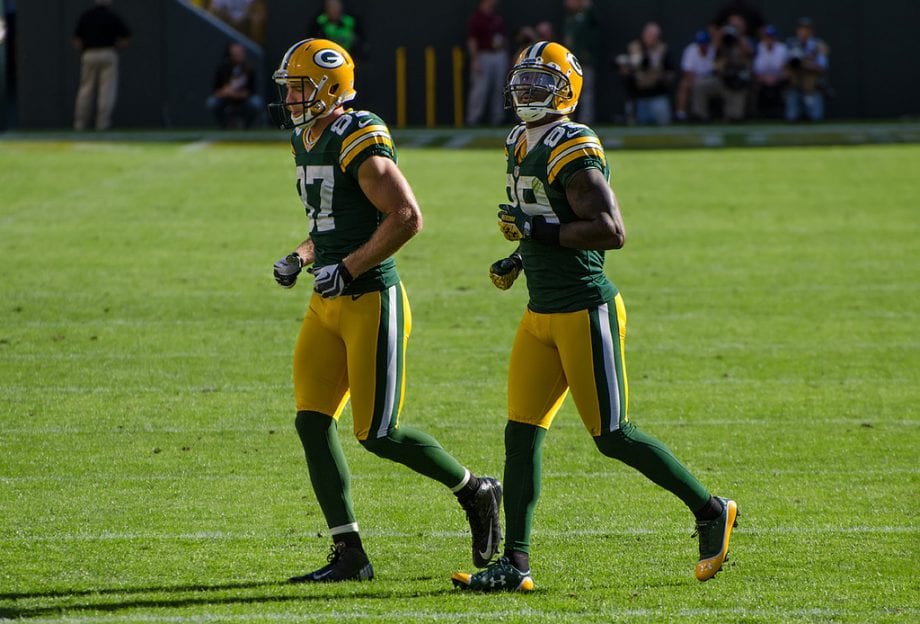 His final season in 2015, saw Jones record a career-high in receiving yards with 890 and scoring 8 touchdowns.

In Super Bowl XLV against the Steelers, he caught 5 passes for 50 yards in helping the Packers defeat Pittsburgh 31-25 and winning Pro Football’s championship.

Jones is stepping away from playing football, but instead, will now talk about the game for a living. Following his retirement announcement, he also shared that he has accepted a position as an analyst with the NFL Network.

“For everything there is a season, and a time for every matter under heaven.” – Ecclesiastes 3:1