Basketball great Buck Williams has a compelling story: raised in poverty without indoor plumbing, he grew to become a three-time NBA All-Star, and one of the sport’s best rebounders. Famous for wearing plastic athletic goggles to protect his eyes during games, this rebound hound was widely credited with fostering success for the Portland Trail Blazers in the early ’90s.

However, Williams’ character is what truly sets him apart. In this 1991 Sports Spectrum interview, Williams details his gratitude to God for his circumstances, and reveals the touching reason why he bought his parents a new house.

After an impressively long 17-year-career in the NBA, Williams retired and served as the NBA Players Association president for three years. He currently owns a construction company and works to raise money for several charities. 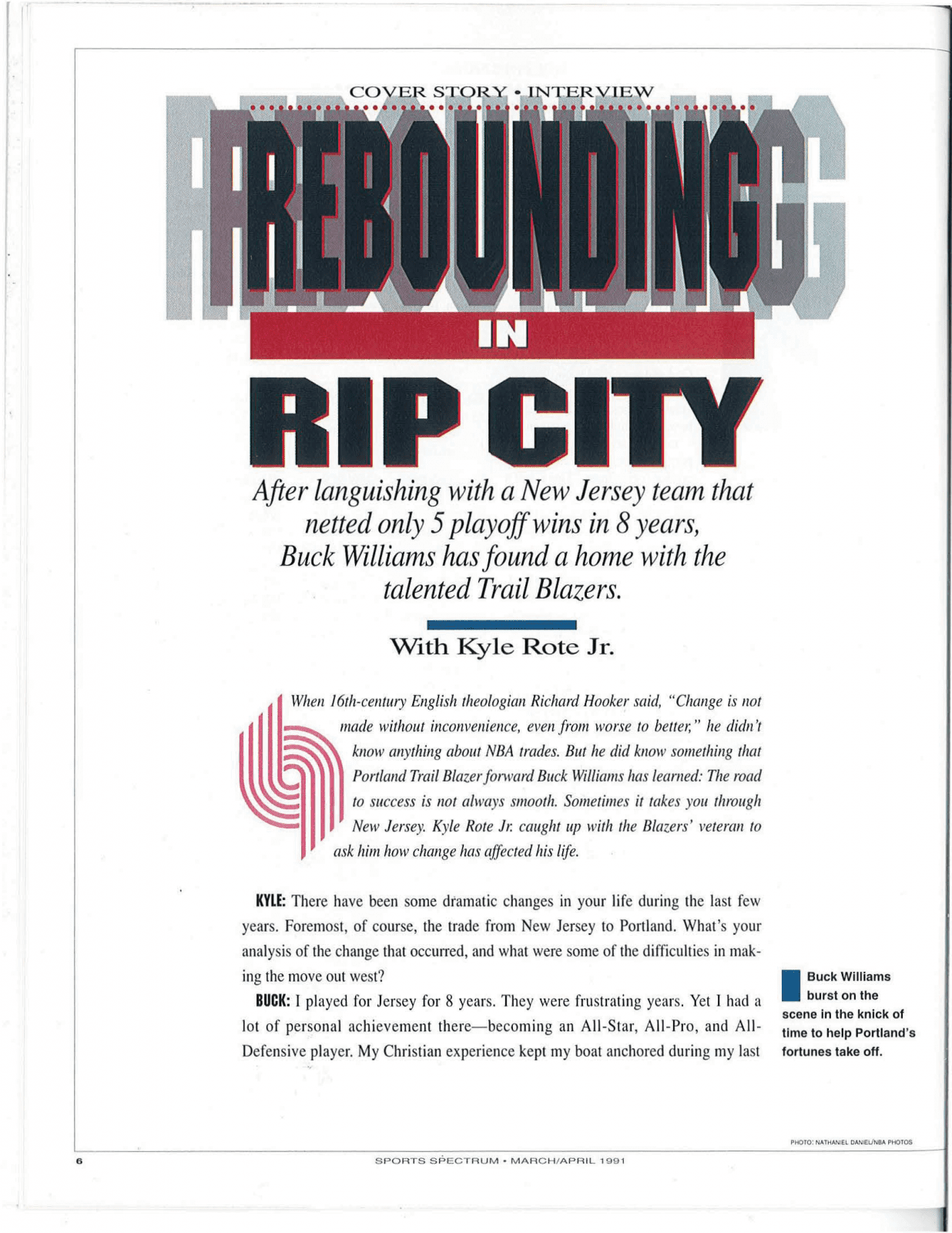 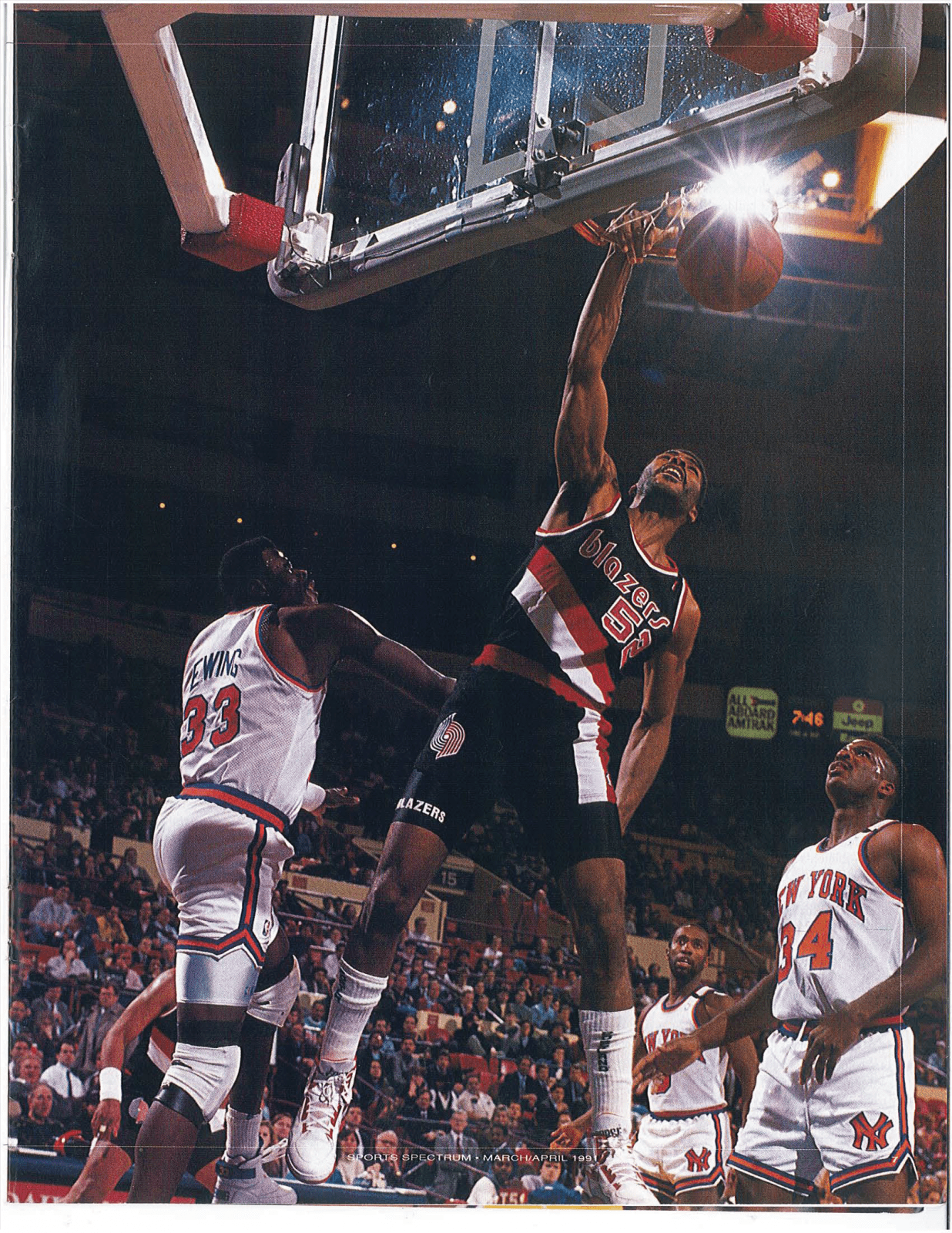 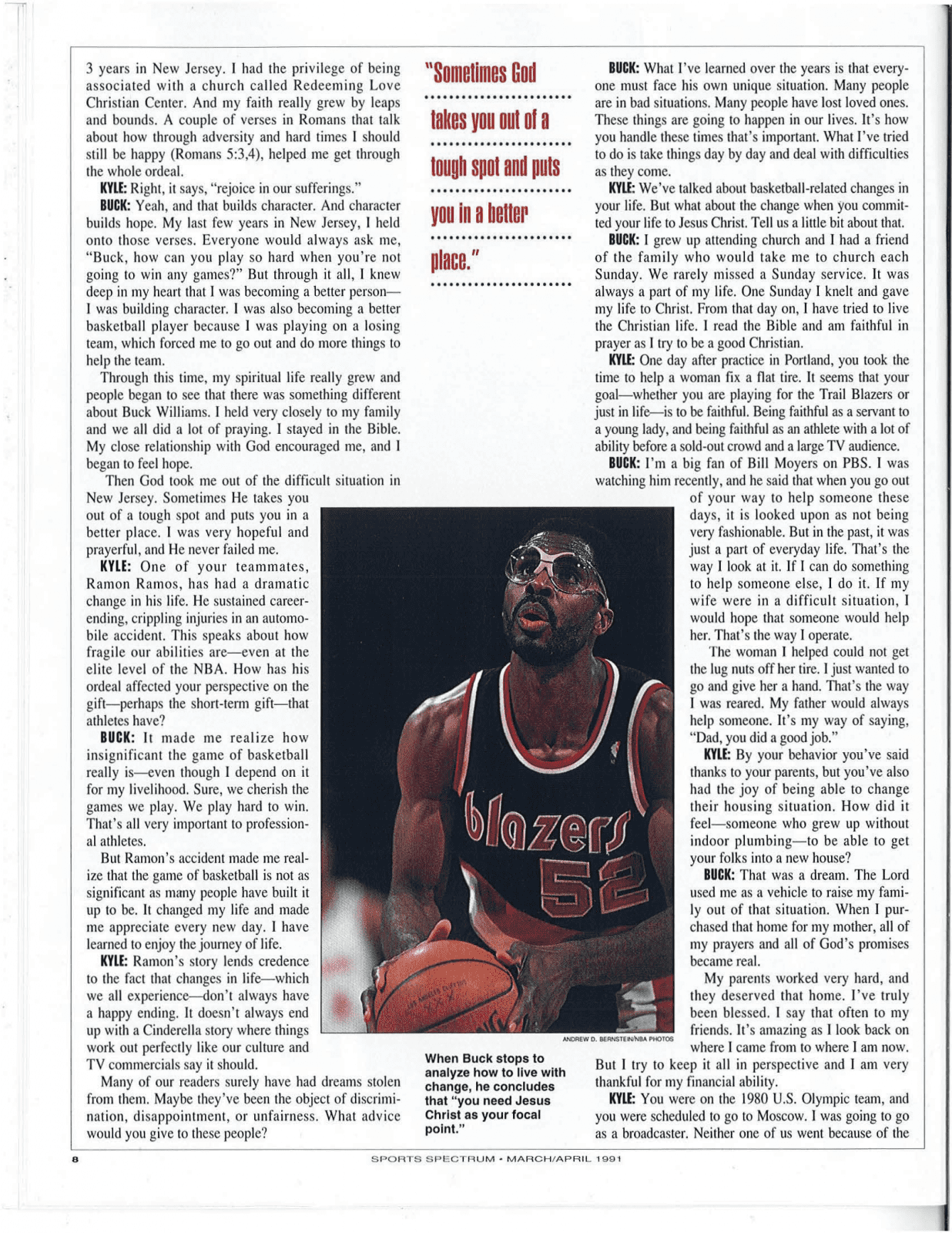 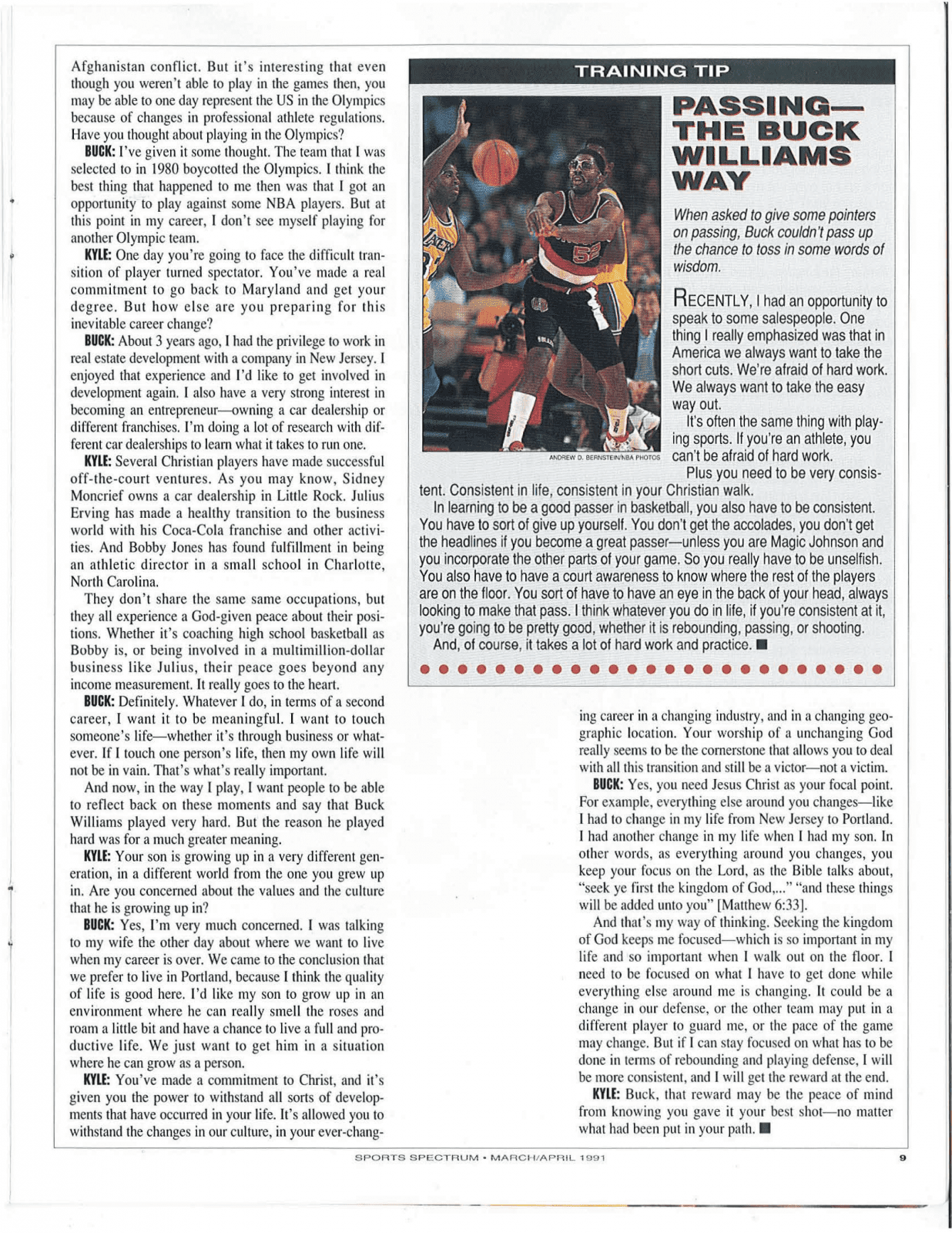