Before reading this story, you may want to grab a box of tissues. In October 1977, Cleveland Indians slugger Andre Thornton had it made: having just completed a successful season where he hit 28 home runs, Thornton was driving to a wedding with his wife and two children. A sudden gust of wind caused their van to swerve and crash. Thornton woke up in the hospital to learn that he had lost half of his family: his wife and daughter.

What’s remarkable about Thornton’s story is how he handled the following days and months. He immersed himself in God’s Word, and used the most horrific tragedy in his life to share the Gospel. He spoke about the importance of his faith at the funeral service, and wrote a book about the accident and his relationship with God, Triumph Born of Tragedy.

Read on to learn about how Thornton healed, and solidified his relationship with Christ in the midst of unimaginable grief. It has a happy ending. We promise. 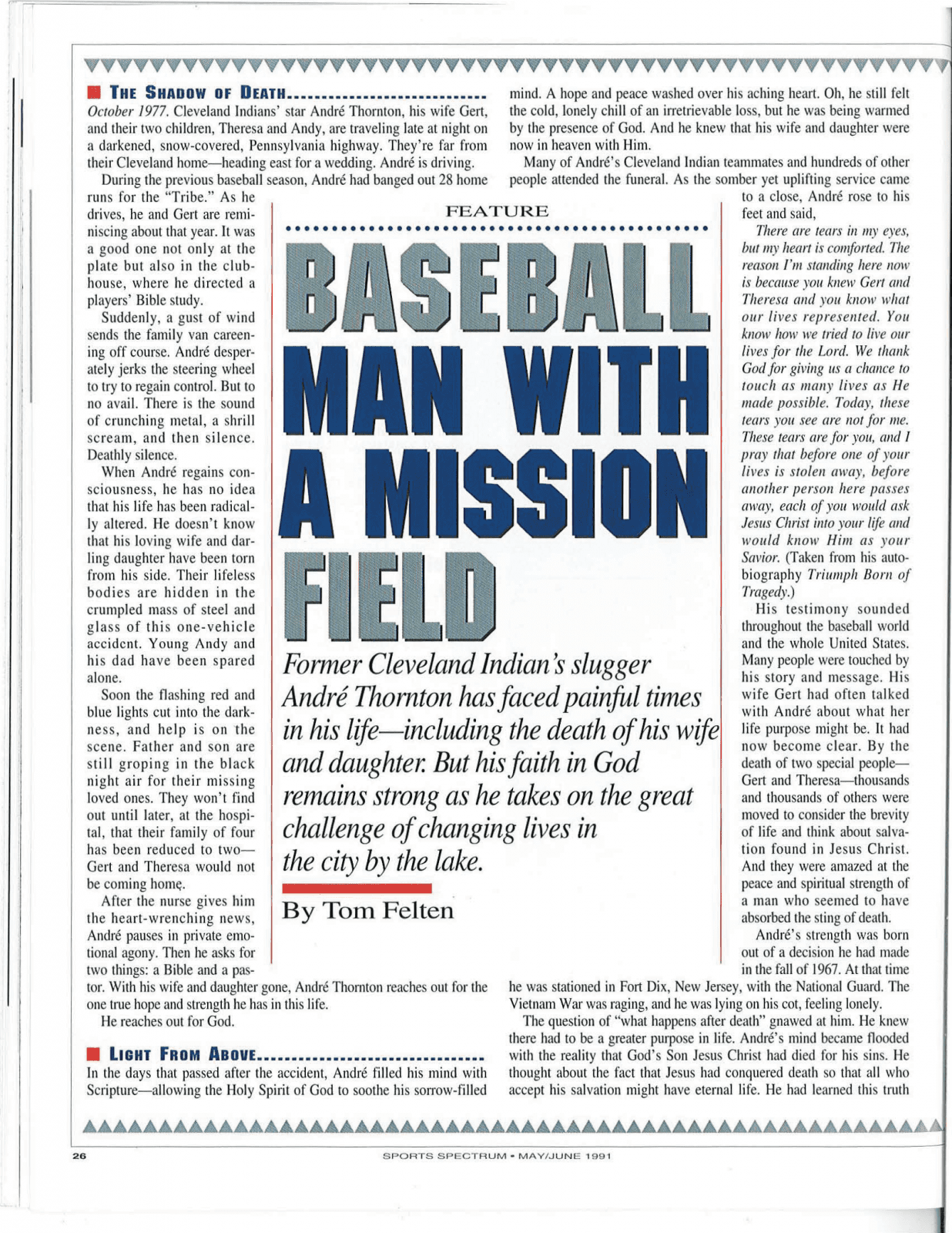 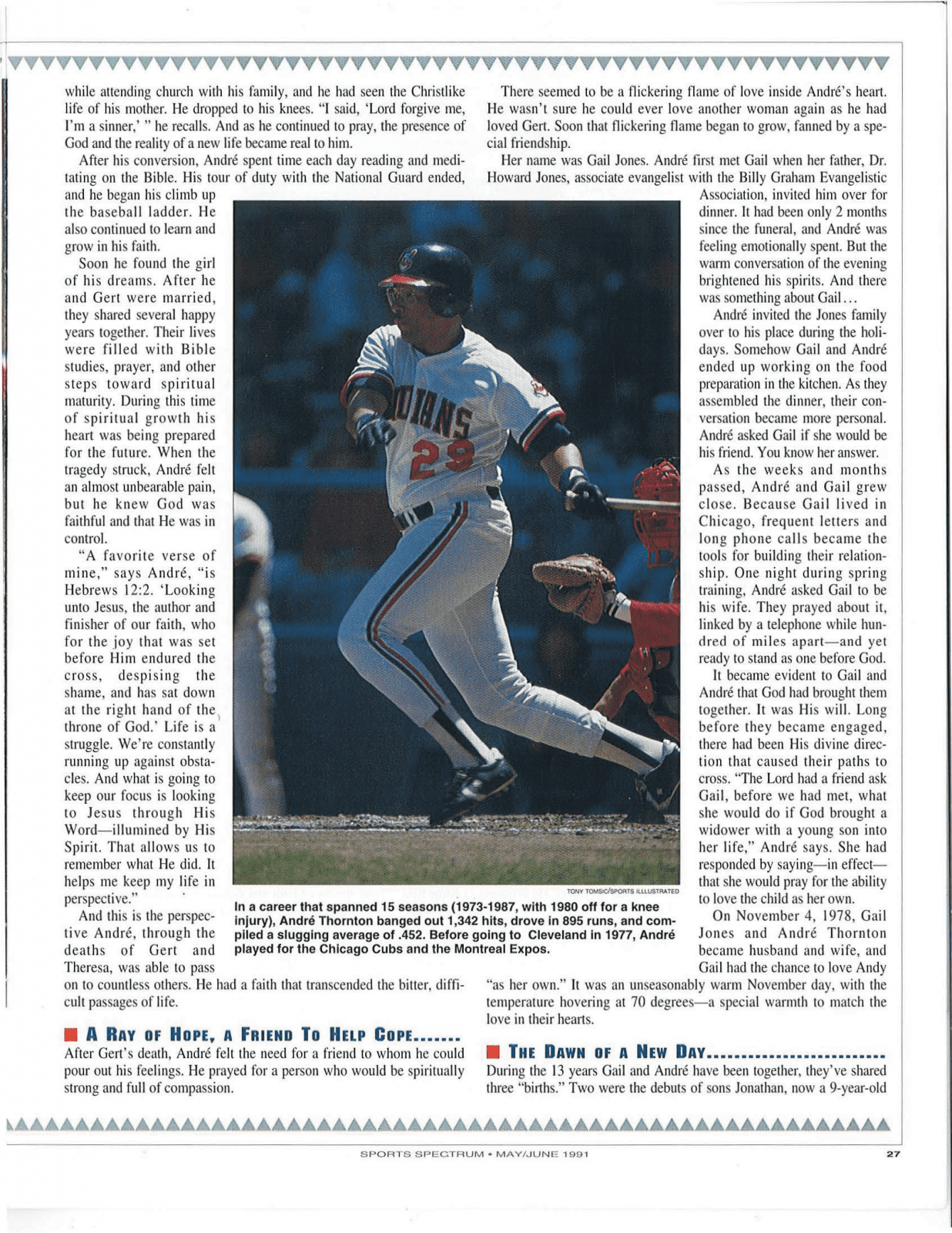 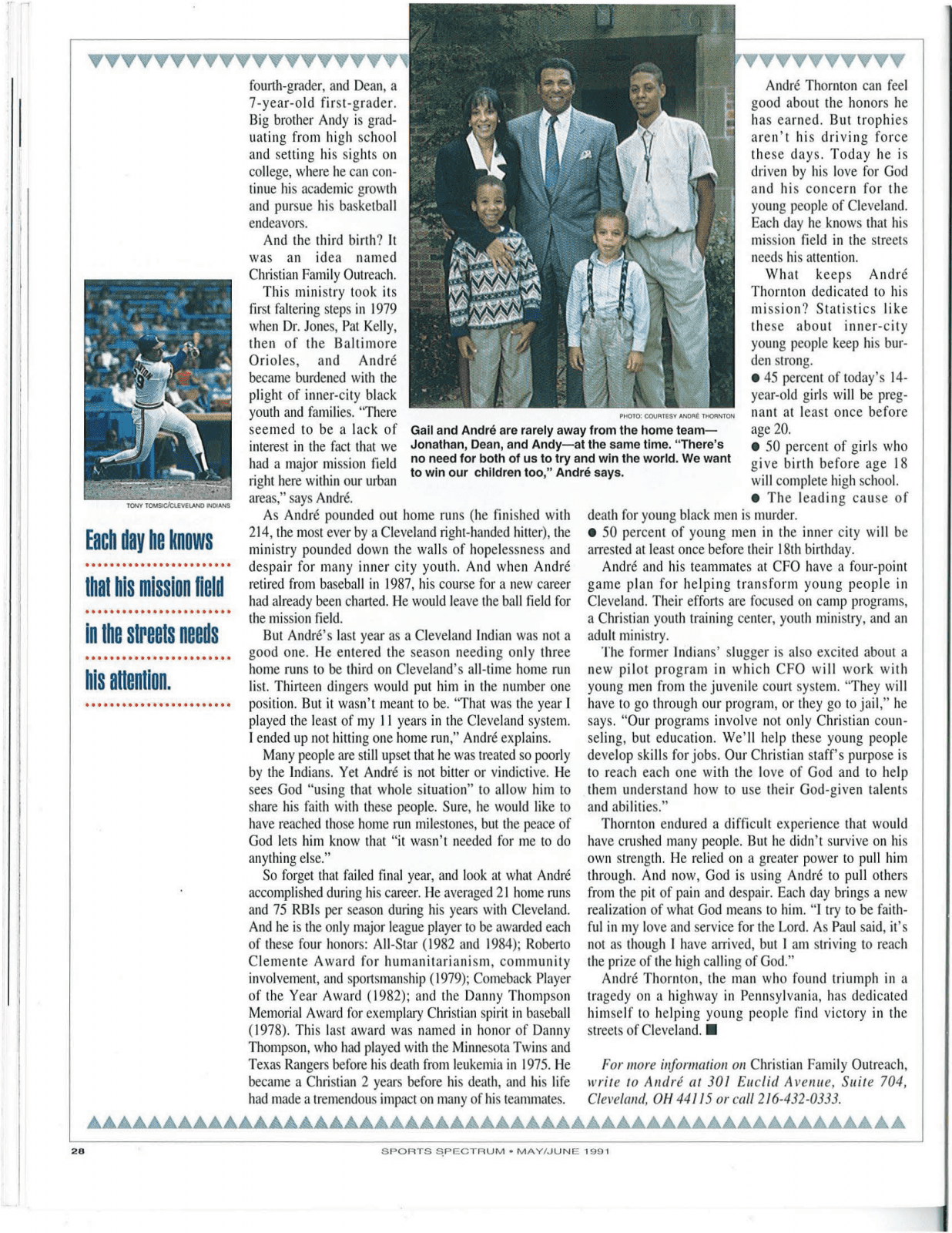