Michael Ray Garvin was working with the Fellowship of Christian Athletes in December 2019 when three students at schools he served committed suicide. Devastated, he turned to God in prayer, asking what more he could do.

He got an answer the next month when he felt God calling him to create the first Christian sports TV show. Since then, Garvin — who played football at Florida State and spent time with the Arizona Cardinals and Detroit Lions — has been working toward making his vision a reality.

The show is called “Playmakers in the Faith,” and the goal is to have the first episode released by the end of 2022. It is designed to target teenagers and young adults, a group Garvin says is underserved when it comes to Christian TV shows.

Each episode will tell someone’s real testimony using sports, angels and demons, with PlayStation 5-quality graphics. The episodes will be completely independent and will feature different sports.

One sport Garvin plans to use is cricket, which is among the most popular in the world, especially in places like India and the Middle East.

“Jesus says that the Gospel will be preached worldwide, so advancing the Gospel and bring it to all nations worldwide,” he said in a recent interview with Sports Spectrum when asked about the goal of the show. “Sports is universal. Sports is almost in every culture. And so we can reach a wide variety of cultures through sports.”

Garvin, who counts the late Bobby Bowden as one of his spiritual mentors, never imagined he would be creating a TV show when he was chasing his dream of playing in the NFL. It became clear to him God had a different plan in mind though. 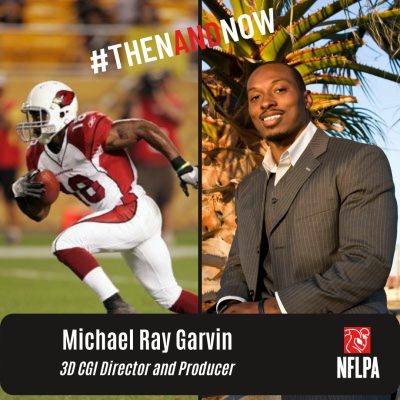 “I remember asking the Lord in prayer, ‘Can I have one full season [in the NFL]?’ And I remember the Lord specifically saying, ‘No,’” Garvin said. “And when I heard no, I was just crying, man, because it broke me. I wanted to play football. This is something I’d trained for my whole life.”

Garvin believes he has found what that different plan is in “Playmakers in the Faith.” In addition to the TV series, the online ministry has an app that includes devotionals, podcasts and a group chat. People who want to get baptized or learn more about Christianity can reach out through the app to get connected to a church.

The hope is that people who watch the TV series will then download the app and utilize its resources. Garvin also plans to launch a video game that requires reading the Bible once the TV series gets going.

“We’re all called to be fishers of men … When you’re going fishing, you have to have different bait for each fish,” he said. “This is great bait to be able to draw people into the Gospel, show them the spiritual warfare that does go on.”

RELATED STORIES:
– Two-time NFL MVP Kurt Warner to be portrayed by Zachary Levi in new movie
– Legendary Bobby Bowden passes away ‘taking as many people as he can to Heaven’
– SS PODCAST: Filmmaker Dallas Jenkins on his love for sports, creating ‘The Chosen’