The All Pro Dad Experience 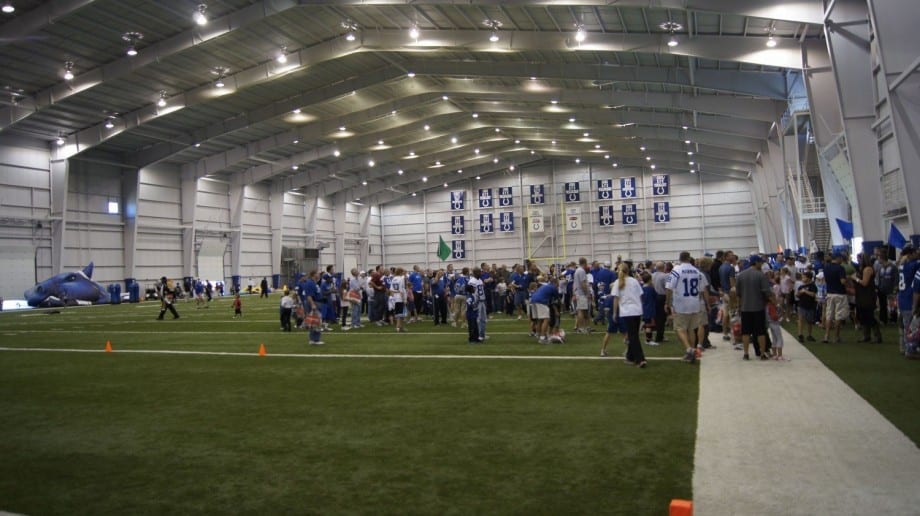 This past weekend, I had the opportunity to attend the All Pro Dad Father & Kids Experience at the Indianapolis Colts practice facility with our videographer/photographer Aaron May and our networking guru Greg Arnold.

We sat down with the head coach of the Colts, Jim Caldwell, and their offensive coordinator, Clyde Christensen, to discuss their work with All Pro Dad and ask them questions about their faith. I was blown away by their genuine personalities, passion for what they were doing and the zeal for their faith. 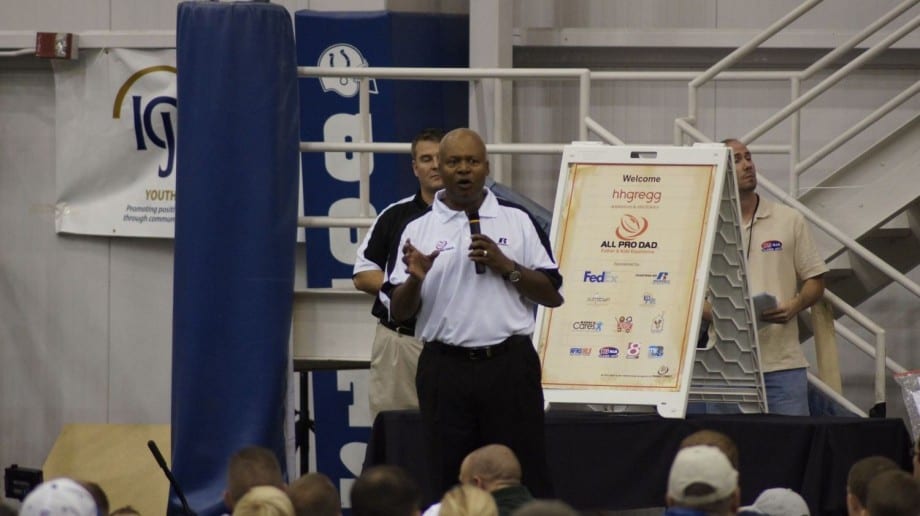 Tony Dungy and Christensen founded the organization in 1997 that now features almost 60 NFL players, coaches and alumni who encourage men to be good fathers. We’ll be featuring Caldwell and Christensen in our upcoming Winter 2012 issue, and we’ll release exclusive video about their faith then. But for now, here’s what Caldwell and Christensen had to say regarding All Pro Dad and the impact they want to have. The video was edited and put together by Sports Spectrum staff member Aaron May.

“We still have that passion,” Christensen says. “I’ll be a grandfather here in two months, so what’s an All Pro grandfather look like? How does God want me to do this thing? Those are the questions we’ve always asked. The organization is really just a fraternity of guys asking those same things. How do I do this? How do my kids know my dad is committed to them? It’s really been fun…we’re just two guys that want to do it the way God called us to do it.”

“I got involved with All Pro Dad initially through Tony Dungy and Clyde Christensen,” Caldwell says. “They invited me to a couple events where the goal and aim obviously was to strengthen families through the father. I really enjoyed it. There has certainly been a lot of growth involved in it. Just before I became the head coach, Tony kind of involved me in more or less the exactly same things he was doing. I kind of walked right through the process when I was the coach in waiting. Since that time, I’ve had the opportunity to be directly involved, and it’s been a lot of fun.”