Atheist-turned-Christian Lee Strobel is the former award-winning legal editor of the Chicago Tribune and best-selling author of more than 20 books. His classic, The Case for Christ, is a perennial favorite which details his conversion to Christianity.

His recent release, The Case for Grace, just won the 2016 Nonfiction Book of the Year from the EPCA.

For the last 25 years, his life’s work has been to share the evidence that supports the truth and claims of Christianity, and to equip believers to share their faith with the people they know and love.

Strobel’s life story is depicted in the recent release from Pure Flix: “The Case for Christ” and is available now on DVD, Blu-Ray and digital download.

On this episode of the podcast, we talk with Strobel about his conversion from atheism to Christianity, his thoughts on his life being portrayed on the big screen, why he’ll root for the Cubs until he dies, and the time he had a sit-down discussion on religion with basketball legend Kareem Abdul-Jabbar.

This is EPISODE 36 of the Sports Spectrum Podcast

6:00 – Living in Houston and the aftermath of Hurricane Harvey.

12:30 – Being transparent and sharing his story to the masses.

18:40 – Investigating Jesus for the Chicago Tribune.

23:45 – On encouragement he’d offer for those struggling with a family member who does not believe in Jesus.

25:30 – Being a Cubs fan and his encounter with Ernie Banks, baseball Hall of Famer.

32:20 – On the struggle in sharing our faith in Christ with others. 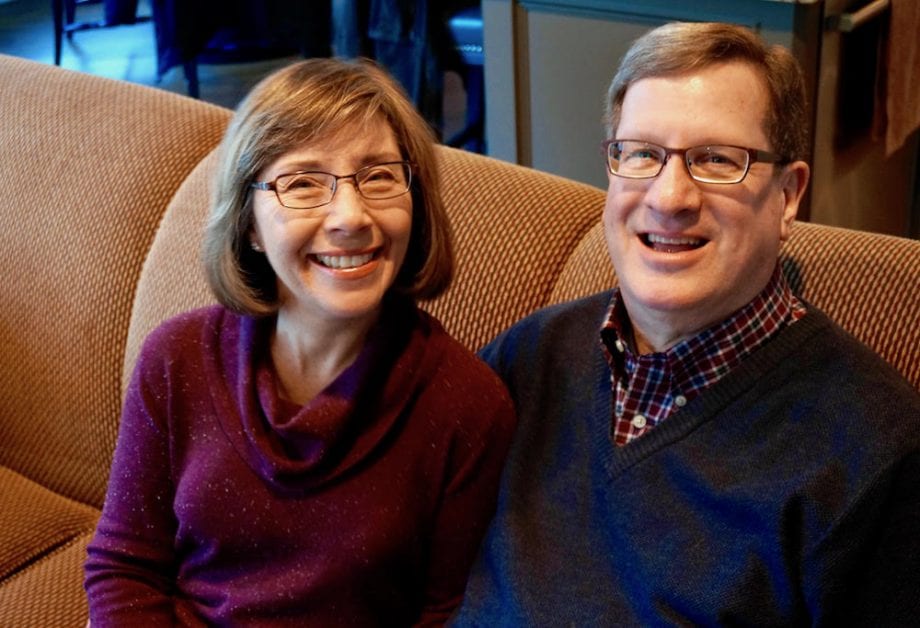 Lee Strobel and his wife Leslie.

“I was a happy drunk. I enjoyed drinking. I was an atheist, a skeptic.”

“We’ve got an avalanche of historical data that points powerfully and persuasively to the truth of Christianity.”

“Christianity is an investigative faith, it encourages investigation. It challenges people to put it to the test.”

“Build your relationship in Christ with a mentor. Someone of the same gender is important.”

“God is at work and the stakes of eternity are hanging in the balance.”

“In my prayer life, I try to strip away the things that we value but aren’t important. I come to God not as author, preacher, apologist, husband, grandfather; I strip away all of those things and get it down to the fundamental idea that I am a child of God, clothed in His righteousness, saved by His grace.”

Watch the trailer for “The Case for Christ” below:

You can follow Lee Strobel on Twitter @LeeStrobel  and check out all of his work at LeeStrobel.com.