THIS IS EPISODE 60 OF THE SPORTS SPECTRUM PODCAST

Known as one of the best shooters in basketball, Price won the 1993 and 1994 NBA Three-Point Shootout.

His number 25 is retired by the Cleveland Cavaliers.

In 2015, Price became the head basketball coach at the University of North Carolina Charlotte, where he is now in his 3rd season leading the 49ers.

On this episode of the podcast, Mark Price shares his journey from NBA player to college coach, the biggest difference coaching NBA players vs college players, his biggest struggle spiritually and why Christ is at the center of everything he is as a husband, a Dad and a coach.

6:25 – When coaching became something that he wanted to do.

13:40 – Staying grounded in his faith while being in the NBA

15:20 – Incorporating his faith into his coaching. 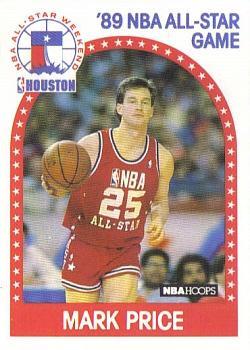 “We want to bring in young men who are about the right things.”

“I was blessed and fortunate to be raised in a Christian home.”

“Basketball was kind of the GOD of my life, that’s all I cared about really.”

“Each and every one of us needs to come to the realization that we have to make that decision on whether Christ will be Lord of our lives, or not.”

“You have to be intentional. If you’re not, stuff starts slipping away. The busyness of life can squeeze your faith.”

“We made sure everywhere we were at, we got involved in a local church, a Bible believing church.”

“I see my life everyday as being a light for Christ.”