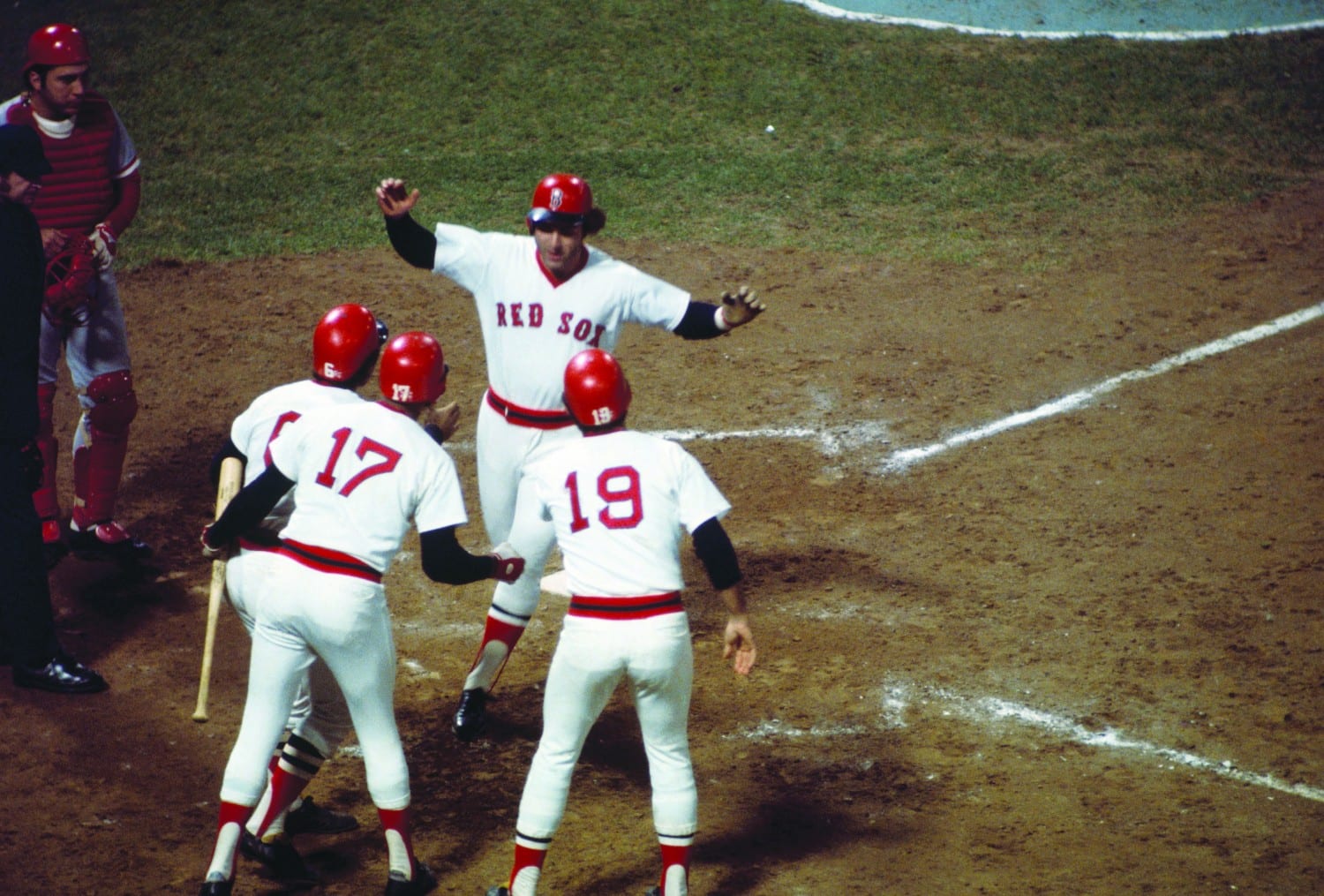 Bernie Carbo is cutting a camper’s hair and I’m cleaning out my locker. Carbo’s fantasy baseball camp, has ended again this year and, just like every year for the past four years, I’m ready to retire.

In fact, I’ve announced my retirement from Bernie Carbo’s Baseball Fantasy Camp more times than Brett Farve announced his retirement from football. And, today, as I clean out my locker, my right arm feels as if it’s about to fall off, my legs and feet hurt and my lower back is in a knot. As I slowly head to the shower, I’m walking like Fred Sanford. “Get ready Elizabeth, I’m coming to join you.”

But next March, Lord willing, I’ll be back, paying my $350 just like all the other guys who have been coming for years; some have attended every year that Carbo’s 20-year old camp has been open for business.

I ask Jeff Howell, a computer science professional from Cleveland, Ohio, why he does it. Every year for most of those 20 years, just like clockwork, Howell makes the annual pilgrimage to Mobile, Ala., to attend Carbo’s camp. He and his cousin, Brian Janeway, a pilot from Kentucky, are two of the camp’s regulars.

“It gets better every year,” Howell says. “Bernie is one of the greatest guys in the world and we love being part of his ministry.”

It’s not a baseball camp, Carbo likes to say, it’s a Jesus camp. Sure, there’s a lot of baseball to be played—a Friday afternoon game, two or three games on Saturday (depending how beat up the campers are) and then, if we’re able, two more games on Sunday. But more than anything else, it’s a way for Carbo to raise money for his true passion—telling others about the saving power of Jesus Christ.

“If God can save me, He can save anybody,” Carbo often says. “People tell me that they are too messed up for God to save. Well, they never knew the old Bernie Carbo. He was not a very nice person.”

The unsaved Bernie Carbo beat up a former Reds general manager. He took a baseball bat to a teammate that was always trying to put him in a headlock. He’s used every illegal drug he could find in the 1970s and, even when he hit the greatest pinch-hit home run in history—a three-run shot that tied Game 6 of the 1975 World Series and set the stage for Carlton Fisk’s dramatic home run in the 12th inning—he was high on a bizarre combination of beer, uppers, marijuana and whatever else he could put in his system.

That home run that Carbo hit 40 years ago has given him a unique platform for ministry today. In Boston, or anywhere in New England for that matter, Carbo’s name is still synonymous with magic.

He uses that fame to reach others through Diamond Club Ministries, which he began in 1993 to minister to families through his love of baseball. 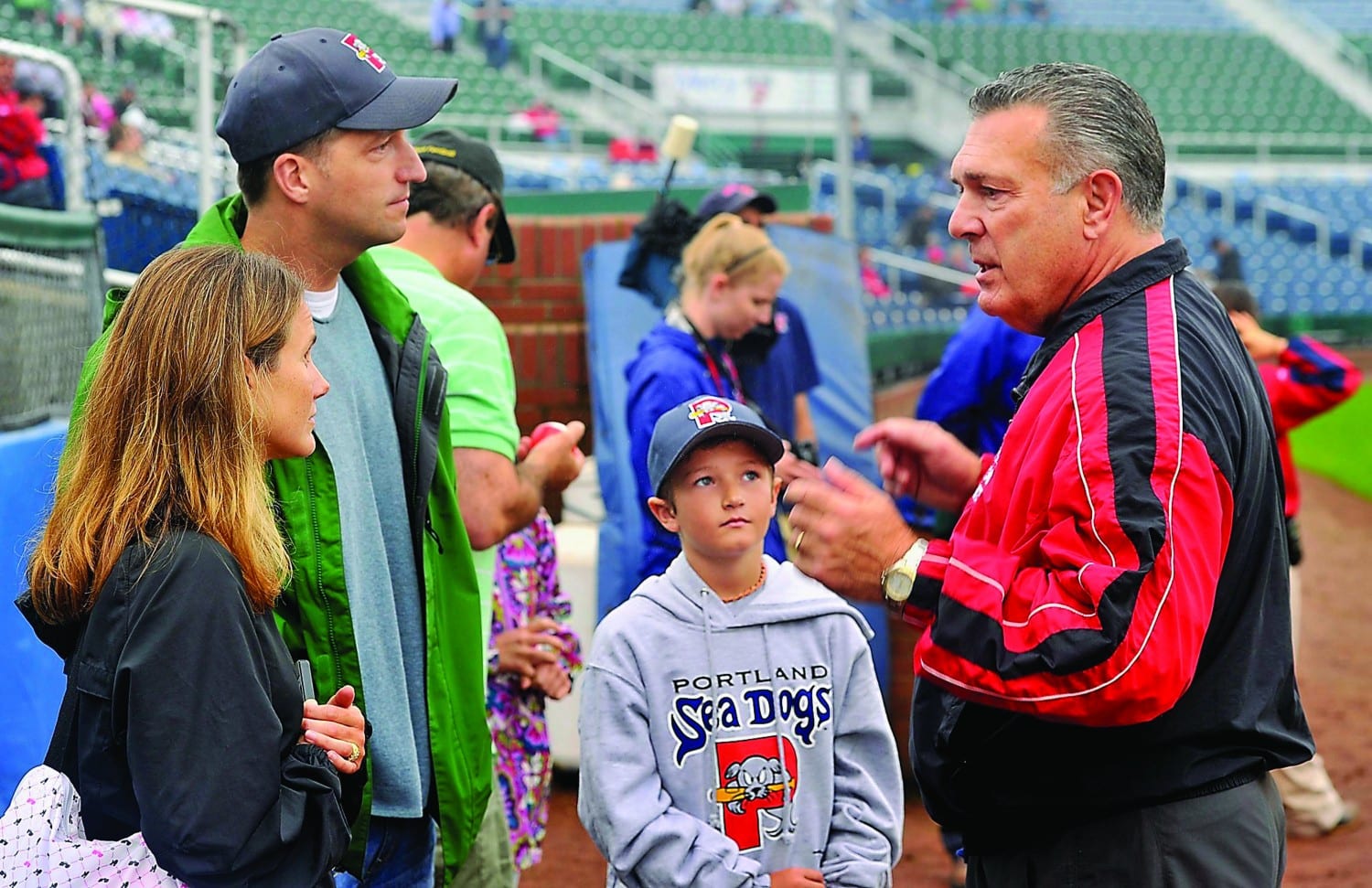 I’m up to bat now and Carbo is pitching.

Like Babe Ruth, I make a big show of pointing to the centerfield wall, calling my shot.

“Be on time for camp tomorrow, Jimmy,” Carbo admonishes from the mound.

“Just worry about trying to get one by me,” I tell the 67-year-old Carbo, laughing.

I drill the next pitch up the middle for one of the few hits I get at the camp and, as I stand on first base, I rub it in.

“Take that Carbo!” I shout and we’re all laughing.

Last year, when I made a routine catch when a ball was hit to right field, Carbo stopped the game, autographed the baseball and gave it to me.

“We’ll have it bronzed for you later, Jimmy,” he said in mock seriousness. “That was a miracle. I didn’t think you’d ever make a catch like that.”

Between games of the Saturday doubleheader, Carbo likes to have what he calls a “Sermon on the Mound.” On Saturday, the day of the doubleheader, a convicted murderer takes the mound. He’s not there to pitch but, rather, he’s there to share how Christ has changed his life.

“I shot a guy and killed him when a drug deal went bad,” said Adrian Young, 39, who is now a pressman at a local newspaper in Mobile, Ala.

“I spent eight years and seven months in prison, and I didn’t think I would ever get out. But, through the grace of God, the power of Christ changed my life. I’ve paid my debt to society and now I want to tell others what Christ has done for me.”

Young had met Carbo at a transition house, a place where prisoners learn a trade or skill that they can use after they have served their time.

“Bernie is an encourager,” Young says. “He always makes you feel good about yourself and what you’re doing. Look at me. I’m a convicted murderer. I got life in prison and, really, I should still be in prison today. But God gave me a second chance. And the fact that Bernie even lets me share my testimony with you guys is a great encouragement to me in and of itself.”

After the second game of the Saturday double header, it’s time to get back to the hotel, change into some dress clothes and get ready for Saturday night’s banquet.

Bernie brings a young man in to give his testimony. Carbo had met him at a local restaurant, led him to Christ, and now Carbo has him sharing his faith with the campers. The young man is unpolished, awkward, yet sincere. As he speaks, you get the idea that this is more for the young man than it is for the campers.

Carbo is all about reclamation projects and, like a good baseball scout, Carbo is always on the lookout for guys who seem to have a natural talent for preaching. Then, he gives them a platform and encourages them.

In past years, Carbo has had barbeque at his banquet. This year, it’s hamburgers.

And, after a hamburger supper, it’s time for the auction.

Carbo, who still has all kinds of ties with ex-teammates and other major leaguers, has a lot of items to auction off.

All of these collectibles are auctioned off and the proceeds are used for Bernie’s annual trip to the East Coast, where he’s still a folk hero in the Boston area.

“Who knew that a home run I hit 40 years ago would give me a platform to share the Gospel of Christ with people today?” Carbo often says. “Every day, I’m just amazed at how God works.” 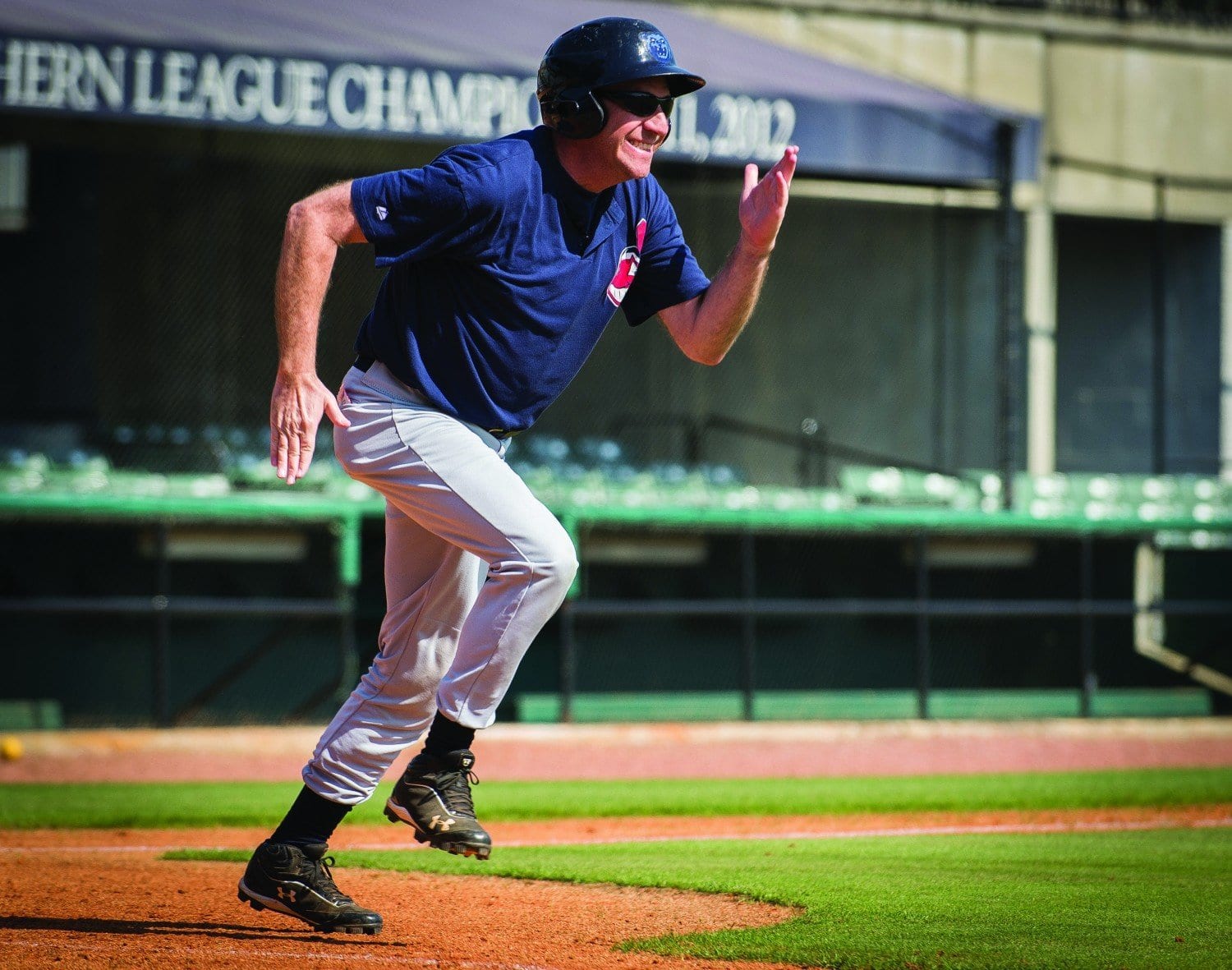 Sunday, we arrive at the park for a chapel service inside the clubhouse and guys open up about needs in their life.

“Can you pray for me and my wife?” says one camper. “I love my wife but there are days when I don’t like her very much.”

Other campers can relate. More guys share some of the problems they face in daily life, struggles and challenges that they will go back to when this fantasy camp has ended. Some have lost jobs, some are battling private addictions, some are wondering what God wants to do in their lives. Some, like me, are so sore and achy that they wonder how they are going to take the field another day.

I felt like I had the flu. Every muscle and bone in my body ached. Baseball seems like an easy sport to play when you watch others playing it, especially on TV. But when you haven’t done it in a while, and then suddenly do a lot of it, your body can take a beating.

I was your classic “good field-no hit” player in high school and college. And, as the years pass, my memories of my playing abilities as a teenager and into my early 20s just keep getting better. I could have been a contender, I tell myself. I could have played in The Show.

But, at 52, I no longer have any illusions of playing in the big leagues. In fact, I’m doing good just to be out here at Camp Carbo, trying not to embarrass myself or, worse, get myself killed.

As I’m roaming the outfield during one of the games, I’m reminded of the time a baseball bounced off Jose Canseco’s head while he was playing outfield for the Texas Rangers in the late 1990s.

While I’m thinking of this ESPN SportsCenter moment, a ball is hit to me in right field. I get to it, then pull up, just short of making the play, and the ball falls in front of me.

Carbo, who was pitching, jogs out toward first base and, meeting me at the first base bag, asks to see my glove.

“Let’s see that glove,” he says, inspecting it like it was used in a jewelry heist. “You see, Jimmy, this is a baseball glove. You’re supposed to catch baseballs with this thing.”

He laughs, then slaps me on the back.

And he’s still laughing a few innings later when the game is over and he calls us all into the infield, where we hear from a camper who shares his testimony about having two heart attacks and almost losing his life before God chose to save him.

There are a few more testimonies, a prayer and, just like that, the Bernie Carbo Fantasy Camp for 2015 has ended.

Carbo is cutting a camper’s hair, I’m in pain and, although I promise myself that this will be my last camp, I’m sure I’ll be back again next year, Lord willing. My dream of making the majors has long since passed, but for at least three days every March I can at least pretend I’ve finally made it to The Show.

Jim Gibbs is a freelance writer from Dallas. He can be reached at gibbsjim@gmail.com. For more information on Bernie Carbo’s Camp, go to www.berniecarbo.com. This feature was published in Sports Spectrum’s Summer 2015 print issue. Log in HERE to view the issue. Not a subscriber? Subscribe HERE to receive eight issues of Sports Spectrum a year.