This story appears in the special 2018 MLB Faith Events issue of Sports Spectrum Magazine, which is being distributed at numerous ballparks this summer. To receive the regular quarterly magazine, subscribe here.

Many players find that baseball is not a distraction from their faith, but rather a catalyst to bring them closer to Christ. Count pitcher Jon Gray in that group. He’s discovered community, accountability and fellowship within the brotherhood of the Colorado Rockies organization, all pointing him toward a deeper relationship with Christ.

But his journey to faith didn’t start in Denver. It began to take root while he waited to be called up from Triple-A to the big leagues.

“I grew up in a Southern Baptist church my whole life,” Gray says. “I had a knowledge of Christianity, but I didn’t really discover what it was about until I was grown and faced with some very challenging circumstances. In 2015, when my world turned upside down, my faith started to grow and my life began to turn around.”

Gray was drafted with the No. 3 overall pick in 2013 by Colorado and spent the remainder of that year in rookie and Single-A ball. He advanced to Double-A in 2014, and opened 2015 with the Triple-A team in Albuquerque, N.M. Nearly everyone, including Gray himself, expected him to be called up to the majors sooner.

Though Gray couldn’t wait to make it to the big leagues, he now sees this delay as a gift from God. 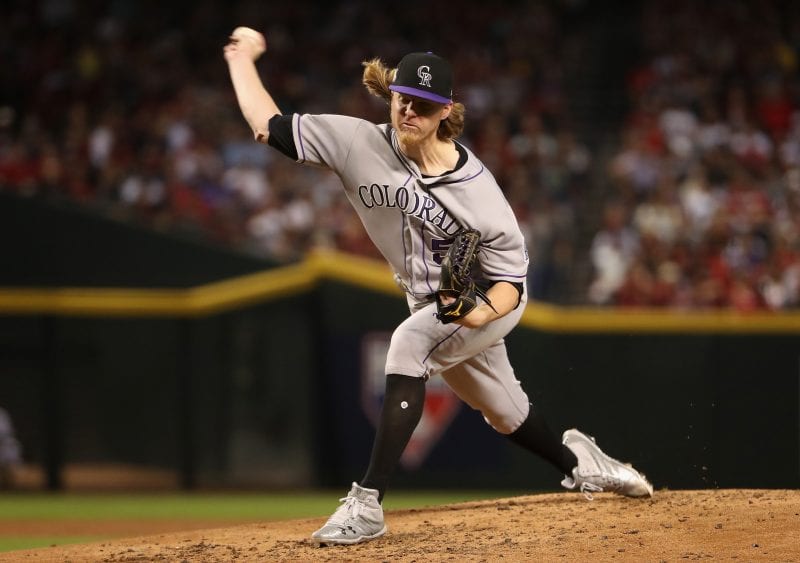 “I was going through some really difficult circumstances during this time,” Gray says. “When I signed, my family started treating me differently. I felt like I became this object instead of a son. It was the money; money can do crazy things to people. It tore my family apart and it still hasn’t been fixed. Deep down I know they love me and I love them too, but there was a time when I thought maybe they never really did love me for me.”

While Gray questioned his family’s devotion, he knew he didn’t have to question his teammates’.

“I kept thinking, ‘Why are these bad things happening to me? I’ve tried to be the best person I can be,” he says. “But thankfully I had an amazing group of guys around me. More than half the guys on the team [in Albuquerque] were strong Christians. They made it easy to open up and talk to them about what was going on in my life. To have these older guys around me that I could lean on was so great; they gave me perspective and comfort.”

Not only did Gray gain a band of Christian brothers, he began to establish a personal relationship with his Savior, Jesus Christ.

“That’s when I started praying a lot. Never before had I spoken to Christ as if He was another person. We didn’t have that type of relationship before. And the more I prayed, the more my faith grew and my fear lessened. No longer did I have reason to fear anything but God Himself,” he says.

The community around Gray strengthened his faith in Christ and stirred up a new desire in him to do the same for others.

“It was because of them that I’m now able to be bold about my faith,” Gray says. “I always believed in Christ, but I never really dropped His name. I was uncomfortable with it, but the boldness and openness of my teammates in Albuquerque was contagious.”

As 2015 went on, Gray realized God had a greater plan for him than he had for himself. Halfway through that season, Gray was called up to the big leagues. He moved his family to the Mile High City to join the Rockies, but he was not the same man. He was changed — matured in faith and filled with confidence in Christ.

“Since that year I’ve set my sight on what’s ahead, not what has happened in my past,” Gray says. “When things turn upside down, I know that nothing will shake what happens in the end. No matter what, I’m in God’s hands. Since that time, my favorite verse has been Luke 6:21, which says, ‘Blessed are you who hunger now, for you will be satisfied. Blessed are you who weep now, for you will laugh.’”

As Gray transitioned to a new team, he was pleasantly surprised to find there was also a strong Christian presence in the Rockies’ clubhouse. Not only did his teammates love Jesus, but many of his pitching coaches did as well. He also found a friend in his nearly 70-year-old chaplain, Bo Mitchell, who often joined Gray and his teammates on the golf course on off days.

Completing his first full major league season in 2017, Gray was able to share the work God’s done in his life with the Colorado fans at Faith Day. But this year, as the event takes place July 29, he looks forward to taking it a step further. 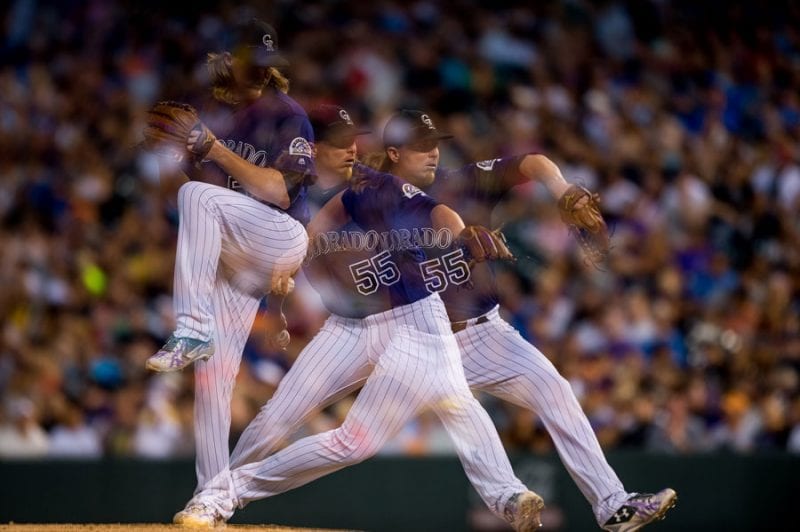 “I was excited to share last year,” Gray said. “I knew that even if I made sense to only a few people it would be worth it, but I did feel like I didn’t say all that I wanted to. This year, I want to share more about fear. The sense of fear continues to leave me the more my faith in Christ grows. No longer do I fear what comes with the world. Bad things happen in life but as Christians, we don’t have to be afraid of them. We have everything to gain by giving up this life in order to gain the next.”

Gray and his wife of two years, Jacklyn, are excited for what this new season has to offer in Denver. Having joined the brotherhood and fellowship of the Rockies, they’ve also linked arms with their friend and pastor, Zach Harris, to launch Colorado’s first Life Church, a satellite campus of the main Life Church in Oklahoma pastored by Craig Groeschel. Eager to share his faith on any platform he can, Gray continues to pursue Christ in a way that pushes others toward faith in Him, just as his teammates in Albuquerque did.

“I have a few teammates I have my eye on — ones I want to be a light to,” Gray says. “If I can only help one person this season, I know that I did my job. But I’m going to extend to reach as many as I can. Life is a test of faith and I don’t believe that it ends here.”

Whether this message is shared in the locker room, on the bench, or in front of a stadium of thousands, the power of God’s saving grace is changing lives. The platform of baseball is just one more avenue through which to do that.

“At some point you are going to be faced with a challenge that you are not equipped to deal with without Christ and the power of the Holy Spirit to help us,” Mitchell says. “On our own, our messes just stay messes. Christ not only heals and restores our messes, He turns our messes into messages, and uses our lives to encourage others who are going through problems like we are.”