It’s been a tough year for St. Louis Cardinals pitcher Adam Wainwright, the 37-year-old three-time All-Star who has not pitched since May 13 because of right elbow inflammation. However, he received good news this week, as it was announced that he’ll return to the starting rotation Monday against Pittsburgh.

He’s only made four starts in 2018, and sits at 1-3 with a 4.00 ERA. But Wainwright has earned another start by not allowing a run in 19 innings over six minor league rehabilitation appearances since Aug. 13.

The injury struggles may have dampened his summer, but Wainwright had yet another big summer off the field, as he continues to spread good throughout the world via Big League Impact, the nonprofit organization Wainwright and his brother, Trey, founded in 2013. BLI works directly with a “community of current and former Major League Baseball players to develop and produce unique, high-impact charitable initiatives that address the most pressing needs facing our world today.”

Post your draft picks and see how you stack up against @UncleCharlie50 out of the 7 hole! https://t.co/trkdQo1FdM

Wainwright, who had the help of his oldest daughter, Baylie, during his draft, said BLI has an opportunity this year to reach more people than ever. His organization is now the official charity partner of Yahoo Sports.

“[Big League Impact] is a brand that people know now, and getting to partner with Yahoo now puts us in front of thousands and thousands more people than we would have had a chance to reach before,” Wainwright told Sports Spectrum.

The money raised by BLI goes to cities and people — in the U.S. and abroad — needing basic essentials.

BLI and its community of professional athletes, actors, musicians and other public figures have raised more than $2 million over the past five years for many charitable causes and foundations. In addition to the fantasy football leagues, it’s held karaoke sing-offs, March Madness competitions, e-sports competitions, and Turkey Bowl challenges. 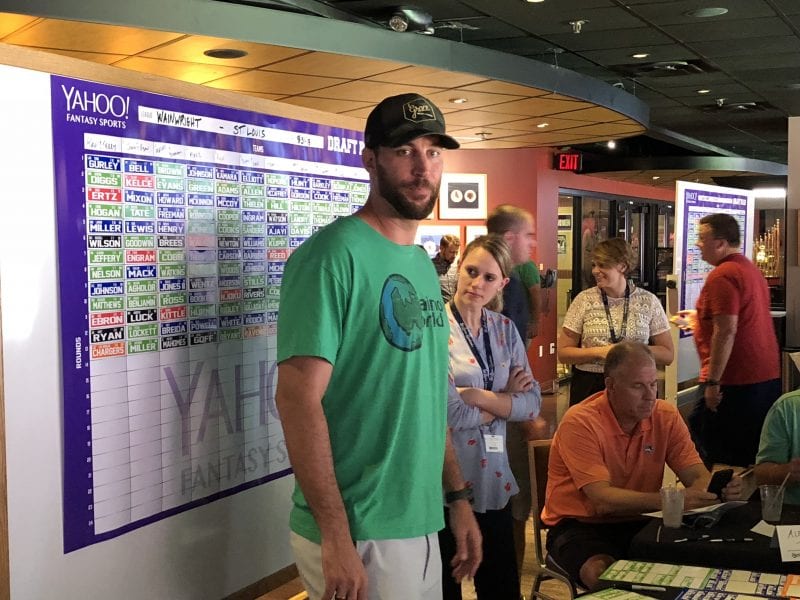 Wainwright’s goal is to see a Big League Impact event in each of the 30 big league cities.

“It doesn’t have to be fantasy football, but it’s my goal to have an event of some sort in every big league city. If we could do 30 different events with the teams to get Big League Impact on the minds of all 30 [MLB] teams, that would make me very, very happy. And we’d make a lot of good with it,” Wainwright said.