Nothing worth having comes easy. At 20 years of age, Jackson Ryan is well aware of this truth. His life, characterized by his unwavering perseverance and drive to be the best he can be, is exemplified by his ability to push through challenges that come into his path. Even when others might lose hope, or make excuses, Ryan looks up to the One who gives him strength and hope to face each day and the challenges it brings.

Since before he could walk, a baseball was in his hand. That’s the way life goes when you grow up the son of a baseball executive and grandson of the only pitcher in MLB history to throw seven no-hitters. With the influence of his father, Reid, currently the executive advisor of business relations for the Houston Astros, and grandfather, Nolan, a Hall of Famer who pitched 27 years in the big leagues, a love for the sport developed in Jackson from an early age.

“I’ve had a passion for baseball since I was a little kid; I can’t even tell you how old I was,” Ryan told Sports Spectrum. “I’ve always been around the game whether it was the Rangers with my grandfather when he was working for them, or the Astros with my dad. I just love the game and have been around it. That’s kind of hard to describe, but I just love everything about it.”

His love for the sport was evident as a 4-year-old in Little League, and still is, as he plans for a career in baseball. Unlike his well-known family members, however, there was an additional hurdle Jackson would have to clear on his way to following in their footsteps as a baseball player. He was born with cerebral palsy.

Cerebral palsy, or CP as it is known, is a condition he was born with that affects the ability of muscles and keeps them tight. That is why as a pitcher, he used the Jim Abbott style of pitching — throwing with his left hand while the glove sits on his right forearm, before quickly sliding the glove onto his left hand after the pitch.

“It’s hard to describe, but basically CP is muscle tone tightness,” Ryan says. “I had it at birth so it’s a brain injury.”

One of the hard parts of living with this condition is the challenges he faces while simply going through his day. For instance, cold weather makes things really hard on him. His muscles tighten even more than usual, making tasks that were challenging from the beginning even harder. However, instead of dwelling on the fact that he may have to do things a bit different, he focuses on the positives, and sees himself as a “normal kid.”

“I’ve had great parents and great people to help stretch me out and people there to support me,” he says. “When you have a support group that will be there for you and get you the best care, it’s really the best thing for me. I would just say I’m a normal kid and I want to do everything normally and help other kids out that have CP, say, ‘Hey, you can do anything.’”

By the time he suited up for the Second Baptist (Houston) Eagles, under head coach Lance Berkman, as a high school pitcher, Ryan had already perfected his keys on the mound. As a result of CP, he could not throw with the speed of some of his pitching counterparts. However, he relied on accuracy and ball movement to strike out hitters, something he proved he could do time and time again during his time with the Eagles. With a sidearm release, he spent two years with the Eagles’ varsity team as a pitcher, showing unwavering poise every time he stepped onto the mound.

In fact, he played well enough to get an offer to continue his career on the diamond with the Division-III University of Mary Hardin-Baylor Crusaders, where he played his first season as a freshman in 2019. In two appearances on the mound, he helped the Cru win one contest over Blackburn College, and faced a total of six batters. Coming into 2020, the situation had changed, and Ryan realized there would not be much opportunity for him to see the field. Despite this disappointing reality, Ryan accepted it, and instead of walking away from the game, he simply shifted his role from player to coach, becoming a student-assistant.

His knowledge and passion for the game only boosted the program as it transitioned into a new coaching era, with Mike Stawski taking the head coaching job, hoping to lead the Cru to the same success he had led Concordia-Chicago to just years before. The Cru got on a roll too, winning their final two games before COVID-19 abruptly ended the 2020 campaign. With optimism in his voice, Ryan noted that they would return better in 2021. As passionate people like Ryan and Stawski guide the program, Crusader fans are sure improvement will occur as they embark on the first full season under their new coach next year.

Both as a player and now student-assistant coach, Ryan has solidified himself as a key part of the UMHB baseball team over the past two seasons. That, along with his work ethic and love for the game, has not gone unnoticed, especially to UMHB’s sports information director, Jon Wallin, who, like many others, has been inspired by this young man.

“Jackson is such an inspiration in everything he does,” Wallin said. “He has a tremendous work ethic and has overcome so much to become the successful student-athlete, student-coach and person that he is. I look forward to seeing what else he can accomplish and what comes next for Jackson.” 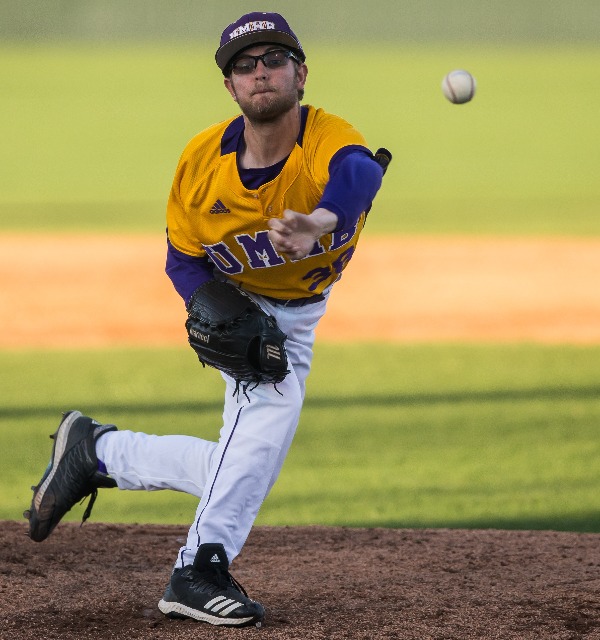 Ryan’s relationship with the Lord was built from an early age, and strengthened through years of growing up with a Christian education and a family who put the Lord first. He remembers how much learning from a Christian worldview added to his faith through middle school, high school and now at UMHB, a school whose goal is “to produce graduates who love God with their whole mind.”

If there’s one verse that has always stuck out to him, it is John 3:16: “For God so loved the world that He gave His one and only Son, that whoever believes in Him shall not perish but have eternal life.” It reminds Ryan to put family first, and make sure his decisions are in line with the Lord.

“If you put your faith in Christ, you’ll be good to go for the future,” Ryan said. “So I always want to make sure I’m making decisions that are best for my family and based on Christian values.”

That strong faith in Christ is not only demonstrated through his words, but actions as well, as he continues to be a positive, Christian influence to everyone he comes in contact with. The way he carries himself, looks on the bright side, and pushes on to help him and others improve is an example of the attitude we should all take on as followers of Christ. It is something he will continue to do as he strives to achieve his goal of one day becoming an MLB general manager, or, better yet, the manager of an MLB team.

“I want to be a GM and work on the opposite side of my dad; he’s on the business side, but I’m more passionate about the baseball side than the business side,” Ryan said. “My main goal is to be the manager of an MLB team someday. I have to take it step by step, though.”

After multiple seasons working with the Round Rock Express, the Triple-A affiliate of the Houston Astros, Ryan has gotten a wealth of experience, and he has not even begun his junior year. His character and maturity is something Express general manager Tim Jackson (who played college baseball at Baylor, not far from Round Rock ) notes, along with his constant drive to succeed. That drive is not limited just to baseball, but all things in his life.

“Jackson is such an inspirational young man,” Tim Jackson told Sports Spectrum. “To see all that he’s accomplished with CP, both on the baseball field and off, and to do so with such an unwavering positive attitude, is a true testament to his character and resolve. Should he want a career in baseball like his family before him, or choose to do something completely different, he’ll find a way to be successful because that’s who he is.”

Regardless of what roles he will take on during his journey to one of those positions, three things will never change, starting with his faith, as well as great work ethic and love for the game of baseball.

While the chaos surrounding COVID-19 does not seem to be slowing down, Ryan’s attitude will remain committed to focusing on the Lord, and making the most of each day. He encourages the rest of the nation to do the same.

“I try to have a positive attitude, especially right now because there is so much negativity going on,” Ryan said. “The more positive people are right now, the better for sure.”