The Cleveland Cavaliers have won 5 straight games, and after a shaky start that saw them lose 7 of their first 12 games, the defending Eastern Conference champions are starting to return to the form that they are accustomed to.

A big reason for that is the play of veteran sharpshooter Kyle Korver.

The 36-year-old has been a key contributor for the Cavs during their five game winning streak, hitting 15 of 36 from three-point range and averaging 12.4 points per game. 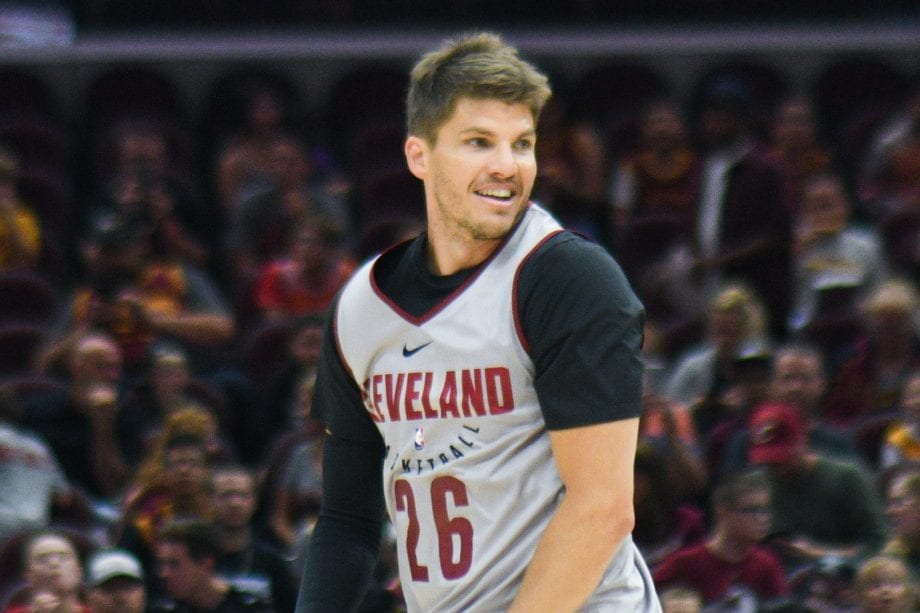 Korver, a devout Christian, is now in his 15th NBA season and says his goal when he first came into the league in 2003, was to play 10 seasons.

The goal was always to get to double-digits,” Korver told CBS Sports earlier this month. “You know? Man, when you’re younger, you’re like, ‘Man if I could play double-digits in the NBA, it would be amazing.’ I feel incredibly fortunate and blessed to be able to keep doing this. It goes back to what we were talking about earlier, though: I try not to think about too much of that right now and just focus on today. It’s been a pattern over my career and it’s probably a good reason why I’m still playing.”

Considered by many to be one of the greatest shooters in the history of the NBA, Korver is fifth all-time in 3-pointers made and his .431 three-point field goal percentage ranks him sixth all-time in the NBA. He says when he is done playing, he feels that it is important to pass on what he has learned about the game of basketball to others.

“I have a hard time imagining a life without basketball,” Korver told CBS. “I feel like you spent so much time and I’ve learned so much, it feels like the right thing to do in life is to try to pass that on to the next generation. It feels like the right thing. You don’t just learn something and then say, ‘OK I’m done with that era.’ Maybe some people want to do that, but I feel like it’s the right thing to try to keep everything going. But I don’t know what that looks like. I hope it has some role in my life going forward, whether it’s just helping my kids, you know, but I think basketball has a role.”

Korver grew up the son of a pastor in Iowa and his faith in Christ was engrained in him from an early age.

“I grew up in a Christian home,” Korver told BP Sports in 2007. “I grew up across the street in the church parsonage. I don’t remember not being a – quote — Christian. I was brought up to fit the mold of the preacher’s kid.”

But Korver says despite growing up in a family of faith, Korver believes he wasn’t pursuing Christ the way he should until he got out of bed one morning and realized that this Jesus thing was something he had to make his own.

“I woke up one morning toward the end of the season and felt empty,” Korver told BP Sports. “I ended up sitting down in my shower in my apartment complex where the hot water never runs out. I sat there on the floor until the hot water actually did run out. I was pouring my heart out, saying to God, ‘I don’t want this any more. I want you to change my heart.’ It’s been a process. It wasn’t a wham-thing like a lot of people have all of a sudden. From that point on, I’ve tried to continually grow and push myself. He definitely worked in my heart.”

Click below to read more on Korver’s journey from a Sports Spectrum article in 2013.