By Sports Spectrum Jun 26, 2019
Marlana VanHoose performs the national anthem before the start of Game 6 of the 2015 NBA Finals. (AP Photo/Tony Dejak)

The “Book of Marlana” is a documentary about Marlana VanHoose — a young lady who has been blind since birth. Being blind is one of the many challenges that Marlana faces on a daily basis, but you won’t hear her complain about her disabilities. In fact, Marlana will tell you that she “focuses on her abilities, rather than her disabilities.” And her abilities are remarkable!

A simple Google search of her name yields thousands of articles and videos of Marlana’s musical abilities. Her rendition of “The Star-Spangled Banner” is what led to her fame, but there’s much more to her than singing the national anthem. She plays a variety of instruments and has produced multiple Christian records, something she gives God all the glory for.

I’ve always admired people who are bold in their faith and Marlana is the boldest person I’ve ever met when it comes to following Jesus. It doesn’t matter who you are or how much time you have with Marlana, she will talk about Jesus at some point in the conversation.

One of those people includes the President of the United States, Donald Trump. Marlana has performed at several presidential events, and during one of their encounters she told President Trump, “The only thing that will make America great again is Jesus Christ and God’s Word with your help.”

Her testimony is as remarkable as her musical abilities, and that’s what this documentary explores. Many news outlets have told her “story,” but very few — if any — have allowed Marlana to talk about her relationship with Jesus and the impact He has had in her life.

Marlana is the epitome of what it looks like to literally walk by faith and not by sight. This documentary was produced to showcase that and encourage others — believers or not — to pursue Jesus.

— Kyle Scott, founder of www.RevivedProductions.com and producer of “The Book of Marlana”

You can purchase “The Book of Marlana” for $3.99 by clicking here. 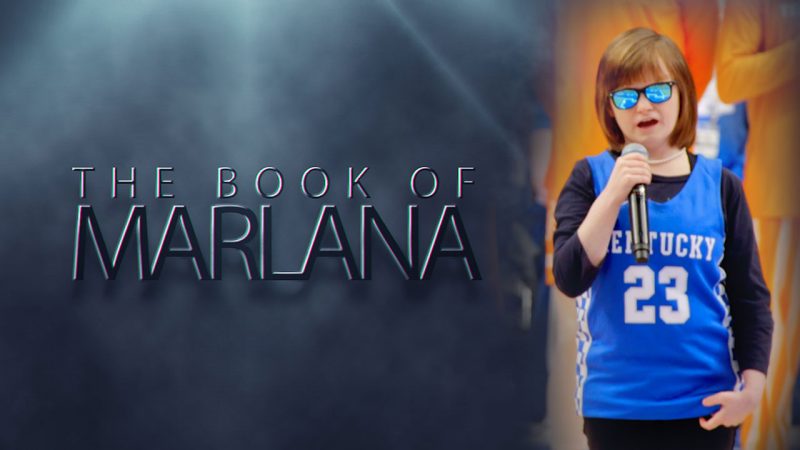 The Book of Marlana (Photo courtesy of Revived Productions)