The humble giant also known as the Baylor athletics program has had a remarkable 2019-2020 season across the board — and the spring sports haven’t even begun. The football team went to the Sugar Bowl under the direction of Matt Rhule and posted one of its best seasons this decade. The women’s basketball team, led by Kim Mulkey in her 20th season, is fresh off a national championship victory, and ranked No. 2 in the country. The men’s basketball team, led by head coach Scott Drew, has ascended to the pinnacle of college hoops, holding the No. 1 ranking for four consecutive weeks.

This men’s team has been one of college basketball’s biggest surprises this season, going 20-1 thus far, and 9-0 in Big 12 Conference play entering Saturday’s home game against Oklahoma State. Baylor’s 19-game winning streak includes back-to-back road wins over No. 3 Kansas and No. 22 Texas Tech.

Drew sums up this determined squad with two simple, yet important words: “Humble and hungry.” His players are hungry for success, never satisfied, yet humble in that success. It’s a key part of what keeps them striving for more and never underestimating an opponent, no matter how certain a win may seem. 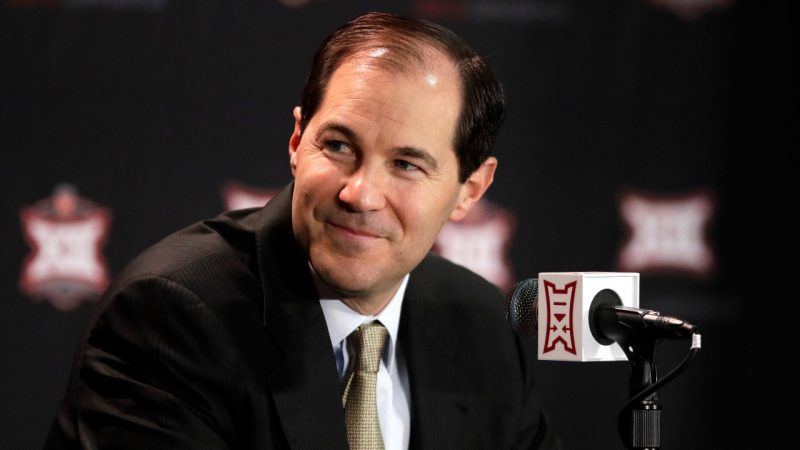 Even in this season’s great success, Drew has remained grounded. He makes sure his faith and his family come first. Even on the particular night that Sports Spectrum caught up with him on the phone, he was on his way to take his daughter to dinner before her game. This is what separates Drew from the rest, as he keeps his priorities in check, even at the height of a season when coaches are running all over the place fulfilling interview requests, meeting with assistants and, of course, leading practices and games.

Like every coach, Drew has a competitiveness and strong desire to win. But ultimately, he cares less about the wins and losses and more about his players growing closer to the Lord, and as young men. In 2017, he was quoted by LifeZette as saying, “… if any of these guys leave without knowing Christ, that would be the real loss.”

That’s one positive aspect of being at a school like Baylor, a Baptist school in Waco, Texas. The coaches are encouraged to live out their faith. Drew and his team pray before every practice and game, host chapel services and a players’ Bible study, both at home and on the road. These are all things that have helped them continue to walk with the Lord despite all the distractions that come in college basketball. Drew’s determined to make sure that even amidst busy basketball schedules, intense classes and off-the-court distractions, his players don’t lose sight of their faith and continue in their walk with the Lord, or maybe grow closer to accepting Him.

“Our athletic director is really big on character, spiritual development and athletics, so it comes from the top,” Drew says. “We do a players’ Bible study, and a chapel service like the NBA. Those are great times for all of us to grow spiritually. And then we begin practice in prayer, and close practice in prayer, and just make sure that these guys get the full thing of everything that we do.”

When talking to Drew, it’s easy to see he is where God wants him to be. Success isn’t earned in one good season, or found in a high ranking, it’s a path forged over years of hard work, ups and downs, and it’s no more true than in the case of Baylor and Drew.

At Valparaiso, he worked under his dad as one of the NCAA’s best recruiters from 1993-2002, then took over the program in 2002-03, when he led the Crusaders to the NIT Tournament. Drew left after one season for Baylor. In Waco, he was taking on a mountain of challenges. The basketball program was going downhill. Fast. Due to a scandal involving a murder within the team, and then covering it up, head coach Dave Bliss resigned, and the NCAA pounded the team with infractions and penalties that would last until June 2010.

Drew arrived in August 2003, just two months away from the beginning of practice. To add to the challenges, many players had transferred, not knowing what the future would hold for Bears basketball. Despite this opposition, Drew led the team to an 8-21 record in his first season. They weren’t clear of trials, however, as the NCAA would later rule that Baylor was banned from non-conference play for the 2005-06 season. They could only begin playing games in January, when Big 12 games began.

It was a mountain to ascend for the entire program, and most certainly for Drew, but when he looks back, he can see how far it’s come, and how much the Lord has blessed him throughout the past 16 seasons. Today, the state of the program doesn’t even look similar to that of the Baylor team in 2003, and much of it is credit to Drew, who came in with a new mindset and a goal to “get this team over the hump.” He aimed to start competing with the best of the best once again.

As a veteran coach, Drew has learned that these young players have a lot to focus on, and are overwhelmed with the stress of Division I basketball, school and personal lives. So in lieu of long motivational speeches on how he wants them to play, he instead chooses to focus the season around a single theme. In 2019, he chose “fearlessness” to be his team’s mantra, not only on the court, but in their daily lives as well. When he heard how playing with fearlessness and boldness led Indiana Wesleyan, coached by former Valpo player Greg Tonagel, to three NAIA national titles in five seasons, it inspired Drew to bring a similar mindset to his program at Baylor for the 2019-20 season.

It goes right along with the Bible verse 2 Timothy 1:7: “For the Spirit God gave us does not make us timid, but gives us power, love and self-discipline.” Whenever Baylor is in action, that fearlessness takes center stage. The Bears play with a certain kind of confidence and teamwork that allows them to make seemingly impossible plays, and defeat teams that seemed unbeatable. “That’s something that we’ve wanted to do,” Drew says. “Play fearless and honor Him. That’s kind of been our theme this year.” 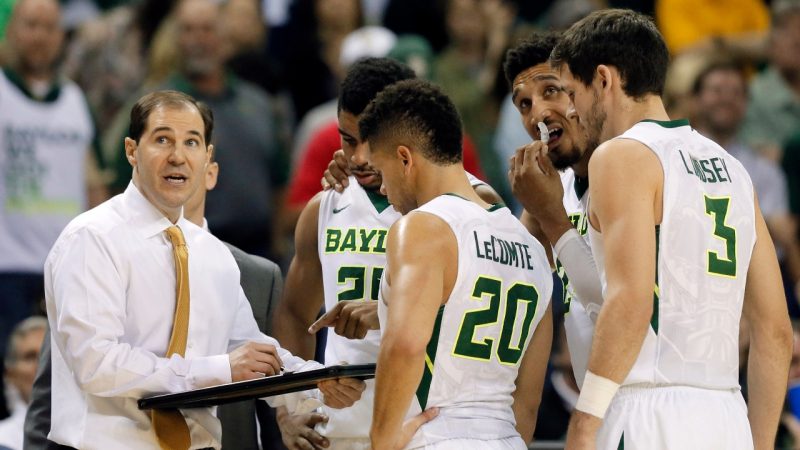 On Nov. 8, a game was played some 3,977 miles from Waco that will stick in Drew’s mind for the rest of the season and many years to come. It was just Baylor’s second game of the season, as it had an opportunity to play in the Armed Forces Classic in Anchorage, Alaska. It also proved to be the Bears’ first and only loss of the season, a 67-64 nail-biter to Washington that ruined their perfect season just two games in.

That’s not what Drew took away from the unique experience, though. The score on the scoreboard may not have gone his team’s way, but he enjoyed the chance to play in front of and interact with members of the military, who were stationed at the Elemendorf-Richardson military facility near Alaska Airlines Arena, where the game was played. In more ways than one, the journey to Alaska made a huge impact on his team, not only in the present, but moving forward.

“There’s been so many,” Drew says with a laugh when asked about a specific moment this season that’s stuck out. “In our last loss against Washington, we had a chance to serve the troops, spend time getting to know them, and play in front of them to honor them and their families in a way that we could thank them for all of their service and sacrifice for our country. We lost that game, but it propelled us for the rest of non-conference play and win the Myrtle Beach [Invitational] and to be able to beat great teams like Villanova, who we played in the championship. It really gave us confidence.”

Confidence indeed, as Baylor has played like a different team since that loss, putting together an impressive win streak of 19, and improving each time it steps onto the court. However, Drew recognizes the importance of focusing on going 1-0 in each game, and not looking too far ahead, especially in the world of college hoops where top-ranked teams are falling like dominoes each week. He doesn’t want his players to be satisfied with what they’ve achieved so far, as the sky’s the limit for such a talented and determined team with so much potential come March. They will seek to go deeper in the NCAA tournament than they ever have during the Scott Drew era, their best performance coming in 2010 when Baylor made the Elite Eight.

“We just try to keep everything focused on the present, going 1-0 each day and each moment rather than looking at the big picture,” Drew says. “In a game, you’re always going to have good moments, bad moments, and you have to be able to handle both. We like to say it’s easier to learn after a win than a loss, and we’ve been blessed to be able to do that.”

Behind their foundation of faith, and mindset of fearlessness, the entire country will be watching as Baylor makes a quest to hold the No. 1 spot the longest of any team this season. It will continue to reach new heights with Drew at the helm, as he keeps the Bears focused on Christ and hungry for success, playing with a sense of joy that can’t be erased.

“Playing with joy is something we try to do,” Drew says. “We have to continue to respect others, then ourselves, and stay hungry and blessed with the platform we’ve been given.”