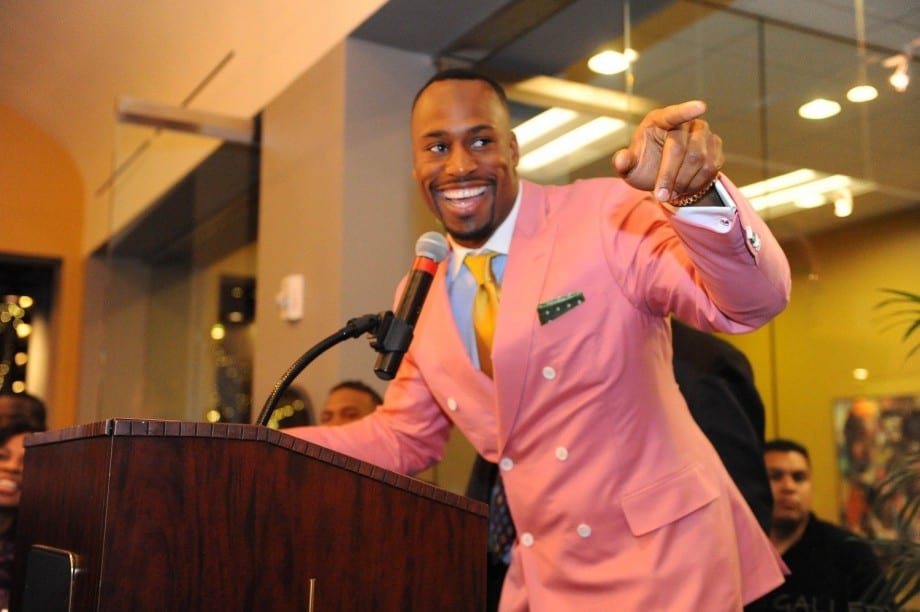 Vernon Davis had just made a seven-yard catch, and after being tackled he slapped the helmet of a Seattle Seahawks defender that resulted in a 15-yard unsportsmanlike penalty.

Normally that would be the end of the story, with a few mentions on ESPN that day or in the sports section the following day. But for Davis it was only the beginning.

As he walked to the sideline on that Oct. 26, 2008, day at San Francisco’s Candlestick Park, with his team headed to a humiliating 34-13 defeat to the Seattle Seahawks and a dismal 2-6 record, newly appointed head coach Mike Singletary, a Hall of Fame player, benched Davis. After thinking a little, though, Singletary went over to Davis and kicked him off the field.

At some point Davis demanded to be traded and Singletary bluntly said he would oblige.

After the game, Singletary stood at the podium in the press conference and let his frustration with the former No. 6 overall pick be known to everyone in a now infamous rant.

“Vernon is just…It was something that I told everybody at the very beginning of the week. I will not tolerate players that think it’s about them, when it’s about the team,” Singletary said. “And we can not make, we can not make decisions that cost the team and then come off the sidelines and be nonchalant. No. You know what? This is how I believe, I’m from the old school, I believe this: I would rather play with 10 people and just get penalized all the way until we gotta do something else, rather than play with 11 when I know that right now that person is not sold out to be a part of this team. It is more about them than it is about the team. Can not play with them, can not win with them, can not coach with them, can not do it. I want winners. I want people that want to win.”

It looked as if Davis would be one of those high-priced draft picks that just didn’t pan out. Someone whose ego was bigger than his helmet.

But that was then.

Fast forward to this season: Davis is in the Super Bowl, and he has acknowledged how much that incident paved the way for his success as a person.

“I came in with the attitude to catch balls and get statistics and things like that,” he said at Super Bowl Media Day this week. “I didn’t care about the team. I was about Vernon, always but now I could care less about catching balls and getting statistics because I understand that the team is much bigger.”

“I didn’t look at it from a team standpoint,” he told USA Today. “I grew. Coach (Mike) Singletary was here, and he helped me make that transition from a boy to a young man. I’m very thankful for that. I thank God for that.”

But events in Davis’ life, on or off the field, aren’t just by chance, he says. God orchestrates everything.

When asked about luck on Tuesday at Super Bowl media day, Davis said the team’s success can’t be tied to something as trivial as that.

“I don’t think that this is a game of luck,” Davis said. “I don’t really believe in luck, I believe in God. I believe that He’s always the way, He’s the answer, so prayer is important to me. So as far as luck, it doesn’t really stick to me.”

That faith in Christ has been a huge part of his transformation.

“My faith as far as keeping me focused kind of works hand-in-hand,” said Davis at Super Bowl Media Day. ”When I’m playing the game my faith is what keeps me going, keeps me humble, it makes me a leader. As far as off of the field I can stay away from the negativity that life brings you and that transforms me into a leader as well because I can go back and implement what I do off of the field to my teammates.”

Vernon Davis continues to surprise people, but it’s not only because of his personal transformation from ego-inflated NFL star to team-first, God-honoring player.

Davis has an artistic side, but he was reluctant to show that as a child who grew up in Washington, D.C. because he thought people would make fun of him. He revealed that side on Dec. 12 in San Jose where he opened Gallery 85 (a nod to his jersey number) to help support the Vernon Davis Foundation for the Arts, which promotes arts education and art appreciation for at-risk youth.

At the invitation-only event, where Davis wore a salmon-colored sports coat, he talked about his love for art while showcasing some of his own work and the works of other artists from that area, including youth. One in particular, Niyjale Cummings, was the recipient of the Vernon Davis Visual Arts Scholarship – another way that Davis is showing his love for the arts.

“This is something I’ve been building toward for years,” Davis told the San Jose Mercury News. “Speaking for the 49ers, we’re proud to be part of one of America’s future cities.”