Dallas Cowboys quarterback Tony Romo is leaving football to pursue a broadcasting career. ESPN reports the 36 year-old has made the decision to step away from the game that he’s played for most of his life.

Dallas is expected to release Romo very soon, freeing him to sign with other teams, but, according to ESPN, the decision to step away from football has been made.

In 2016, Romo went into the preseason expecting to be the starter, but after injuring his back in an August game vs Seattle, Dallas was forced to play rookie Dak Prescott. The Cowboys went 13-3 without Romo and Prescott went on to have one of the most magical seasons a rookie quarterback has ever seen in the NFL. Midway through the season, when Romo saw the writing on the wall, he issued one of the classiest, heartfelt statements you’ll ever see an athlete make. 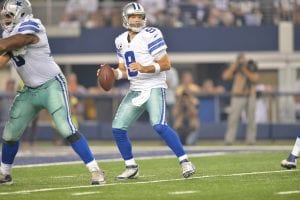 Tony Romo was scrutinized most of his career because he never led his team to a Super Bowl. But Romo had a fantastic 14-year career. He is the Cowboys all-time leader in passing yards, touchdowns, completion percentage and quarterback rating. His success on the field was often overshadowed by the drama that came with being quarterback of America’s Team, but Romo was always classy in defeat and was a big proponent in giving back to the community.

Being an undrafted free-agent in 2003, Tony Romo understood that nobody wanted him coming out of college. If they did, they would have drafted him. For someone like him to not only make it on an NFL roster, but to go on to have the productive career he did, is quite the accomplishment. The odds were completely stacked against him, and he overcame all of them to become one of the best quarterbacks in Dallas Cowboys history. 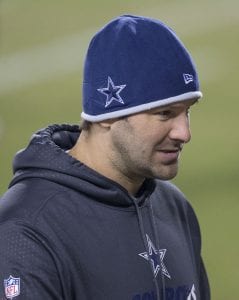 “My faith has grown and I found that always having Jesus makes things a lot easier in my life,” Romo told Sports Spectrum back in 2013. “Having Jesus in your life gives you everlasting peace, which never goes away. It helps you handle the ups and downs of professional football.” 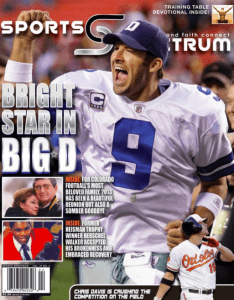 ESPN reports Tony Romo has received interest from CBS, NBC and FOX and can choose to be a color analyst wherever he wants. Either way, his career as a Dallas Cowboys quarterback in the NFL is over.