David Pollack had it all in college. The University of Georgia Linebacker was the SEC Player of the Year in 2004, and a consensus First Team All-American selection in 2002, 2003, and 2004. In his senior year of 2004, he won the Chuck Bednarik Award (Best Defensive college player), the Ted Hendricks Award (Best Defensive Lineman), and the Lombardi Award (Best College Football Lineman).

Pollack was a stud in college and appeared to be destined for greatness in the NFL.

In the 2005 Draft, David was selected in the first round (17th overall) by the Cincinnati Bengals. His rookie season of 2005 saw Pollack rank second on the team with 4.5 sacks and post 28 tackles despite being limited by injuries and playing time.

But as soon as it appeared that his NFL career was starting to take off, it ended. Abruptly.

On September 17, 2006, Pollack’s second season, the Bengals had their home opener against the Cleveland Browns. In the first quarter, Cleveland running back Reuben Droughns took a handoff and started to run hard up the field.

“I hit Reuben Droughns and he hit me harder,” Pollack told Bryce Johnson of UNPACKIN’ it

Suddenly, David Pollack was on the ground. He couldn’t move. After being taken away on a stretcher and evaluated, doctors told him he has a fractured C-6. A broken neck. Within just a second, everything that David worked for was gone.

But instead of having a pity party and asking God why this had happened to him, Pollack looks back and says he wouldn’t be where he is today if he hadn’t suffered that broken neck.

“It’s the best thing to ever happen to me in my life,” Pollack told Bryce Johnson on the UNPACKIN’ it Podcast.

“God slowed me down and told me to be still and listen.”

Pollack says the incident also allowed him to grow spiritually and connect with God in a way that he hadn’t been able to before.

Doctors told David that he was at a great risk if he chose to play football again, so instead, Pollack chose to retire from football and pursue broadcasting.

After officially retiring in April of 2008, Pollack began his broadcasting career that fall working as a radio host in Atlanta and a part-time analyst for ESPNU.

Three years later, in 2011, Pollack joined ESPN’s College Gameday, the show many consider to be the best of the best when it comes to college football. 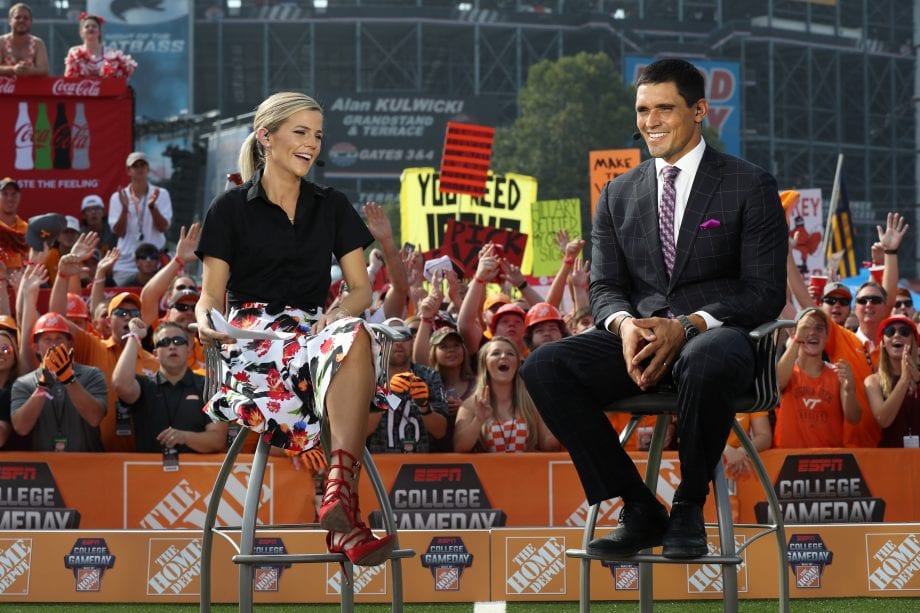 “It’s incredible to hear David explain with such conviction and faith how he embraced pain, uncertainty, and changed plans,” said Bryce Johnson, host of the UNPACKIN’ it podcast. “His excitement for the different life God has given him is truly inspiring.

Pollack realizes that his life, his plans, are best served when they become God’s plans.