Stephen Johnson II is a senior quarterback at the University of Kentucky. Once a projected starter at Grambling State, injuries led Johnson down the junior college path before landing at Kentucky as the projected backup QB for the Wildcats in the 2016 season.

When the starting signal caller Drew Barker was injured in week 3, Johnson stepped up to lead the Wildcats to a 7-6 record (the most wins since 2009) and the program’s first bowl berth since the 2010 season. His signature win was when he outplayed Heisman Trophy winner Lamar Jackson as Kentucky defeated the University of Louisville as a 28-point underdog.

Despite Johnson’s success at Kentucky last season, his biggest victory came before he even entered high school. Through his faith and the power of prayer, Johnson saw his entire future change when he was healed from Tourette’s syndrome.

Tourette’s is a tic disorder that manifests in a variety of ways. For Johnson, it often meant uncontrollable blinking and hiccups. While it made the classroom setting a very difficult place for him, somehow the athletic field provided a reprieve from his symptoms.

“It would be weird because I would recognize it right before practice, and during practice it would stop,” Johnson II told SEC Nation. “Then as soon as practice was done,” he snapped his fingers, “it would start up again. I didn’t know why that was. It was miraculous almost.”

After his parents elected to treat the disorder using holistic methods and prayer to avoid the side-effects of heavily medicating their 8-year-old son, Johnson himself turned to his faith for a cure.

His father, Stephen Sr. told SEC Nation, “When Stephen got on his hands and knees and asked God to heal him, he woke up the next day and said, ‘I am healed.’”

He has not had a single tic since that day.

Stephen Johnson talks about how his faith helps him stay centered in the midst of balancing football and school. pic.twitter.com/OGMKzjgHpq

“Coach’s main thing is the story of Peter. How Peter lost faith when he was out there with Jesus on the ocean,” Johnson told Clayton Abernathy on Sunday. “So I just try to keep faith and stay centered. That’s my main thing.”

Although he now finds himself in a fast-paced, high-pressure environment, Stephen Johnson II continues to be cool, calm, and collected. For him, overcoming NCAA Division I defenses and senior-level courses are nothing compared to what God has already done in his life.

“It was definitely challenging growing up having those things,” he said to SEC Country “but I do feel like I can accomplish anything now.” 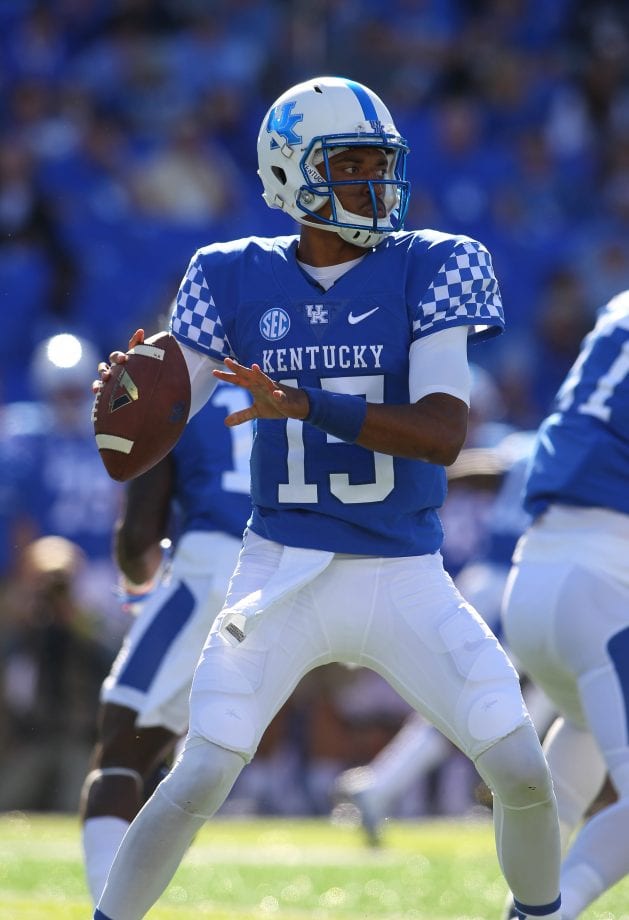