Matt Lawrence played 4 seasons in the NFL with the Seahawks, Bears and Ravens before retiring after the 2011 season due to injuries.

He was a stud running back in college at the University of Massachusetts, where Lawrence rushed for 1,585 yards and 16 touchdowns in his senior season.

Monday morning, Lawrence posted on his Instagram page that he had become an ordained minister. 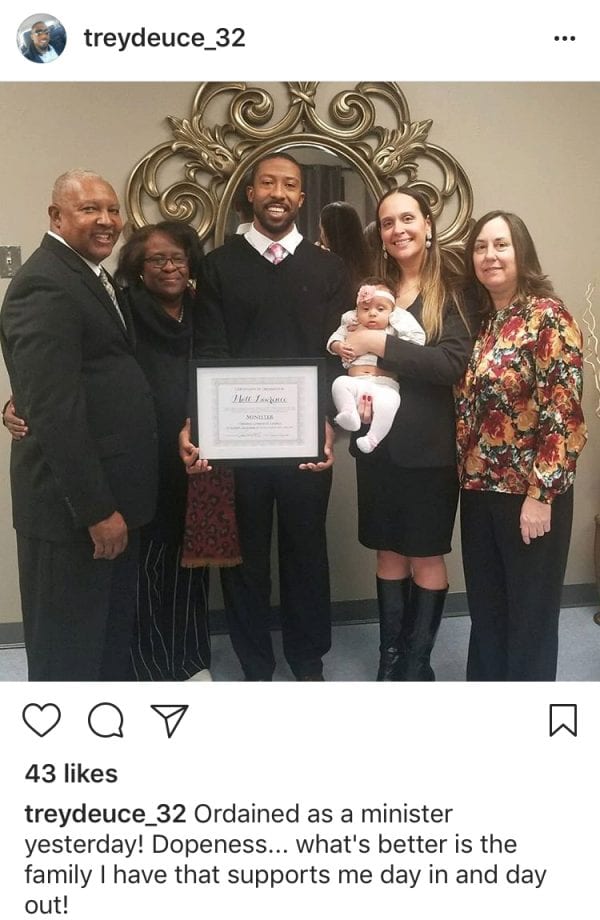 “I’ve always shared the word with my friends but to take the leap to minister didn’t happened until I retired,” Lawrence told Sports Spectrum. “Then my love for sharing the word to teens and young adults took off.”

Matt says that his goal in becoming ordained is to go deeper with his faith to a place where he can pastor and mentor teens and young adults.

“The Lord is calling me to the youth and young adults, ages 14-24,” Lawrence said. “Kids get so much God and then they move out of the house and they don’t see a church again until about age 27 when they start a family of their own. I believe God has called me to speak into their lives and show them Christ.”

Lawrence retired in 2012 after suffering a career-ending concussion. He says the injuries he sustained during his 4-year career still affect him to this day.

“I’m still trying to get healthy in 2017, it continues to remain a struggle. I have constant double vision, ringing in my ears, a compression fracture in my neck. This is my daily reality and when I say I’m totally relying on God I mean it! God holds my cards and spreading the Gospel helps me understand that pain on earth is temporary and I’m not the only one going through something. “

Matt and his wife Jennifer recently became parents to baby Savannah Lawrence and aside from his commitment to God, Lawrence says his priority and motivation are to keep going for his wife and baby girl.