Jason Romano: Patriots 45 – Jaguars 17 – As much as we’d like to think the Jaguars can keep it close, the Patriots at home with Tom Brady as the best QB in football cannot be ignored. New England rolls into their second straight Super Bowl.

Justin Adams: Jaguars 27 – Patriots 23 – I’ll be honest with you. I have no idea how Jacksonville will win. Maybe this is just a gut feeling, but Jacksonville did walk into Pittsburgh and outscored an impressive Steelers team last week. To win at Gillette Stadium, Malik Jackson, Calais Campbell and Dante Fowler Jr. will have to wreck havoc in New England’s backfield. Offensively, Blake Bortles will need to play mistake free football and Leonard Fournette will have to run for two touchdowns and over 100 yards. This will happen, or maybe I’m just dreaming.

Jon Ackerman: Patriots 28 – Jaguars 17 – The league’s No. 1 offense against the No. 2 defense. I could see this being closer than many expect, but the Pats will prevail. Their only real challenge this postseason may not come until the Super Bowl. 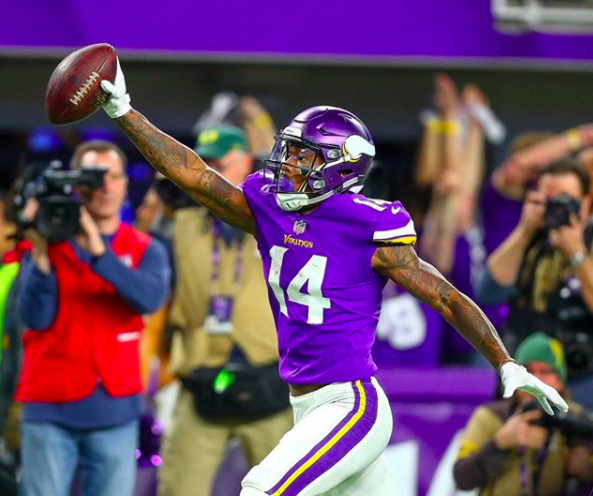 Jason Romano: Philadelphia 17 – Minnesota 14 – The Vikings have a very tough defense and will make it hard for Philadelphia to score many points, but I think a special teams TD will be the difference as the Eagles take care of business at home and setup a Super Bowl rematch from 2004.

Justin Adams: Vikings 20 – Eagles 17 – The Vikings have lost their last five NFC Championship Games, so they’re due. This will be a close game throughout, but I believe Case Keenum will once again lead Minnesota on another last second drive to send the Vikings to the Super Bowl.

Jon Ackerman: Vikings 24 – Eagles 20 – Philly’s offense has struggled mightily since QB Carson Wentz went down; now the Eagles face the NFL’s top defense. The Vikings get the win to become the first team to play a Super Bowl in its home stadium.