But it was in 2008 before the Summer games, that Richards-Ross got pregnant. As she was chasing her dreams of achieving Olympic gold on the biggest stage, Sanya says she made a decision that she would later regret. She chose to terminate her pregnancy.

“I made a decision that broke me,” Richards-Ross writes in her new book Chasing Grace. “And one from which I would not immediately heal. Abortion would now forever be a part of my life.” 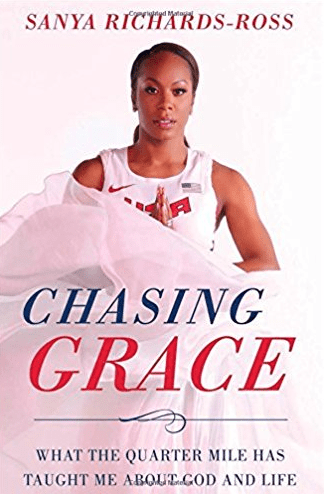 “I literally prayed about revealing it for almost two years because it is something that is really private, and a lot of women don’t talk about it,” Richards-Ross told the the Newsworth with Norsworthy podcast. “It wasn’t an easy story to share. But ultimately, I did it to glorify God and to tell people that you can come back from any decision, no matter how hard it is to make.”

The Olympic gold medalist believes that in revealing her story, it can help create dialogue and conversation on a topic, many feel like they cannot share publicly.

“For me, I’m hoping that this will open up some discussions, especially in helping a lot of young women who are in my situation not experience what I did.”

Richards-Ross also said this was an important time to come forward with her story because she is not the only female track star that has made the decision to have an abortion.

“I literally don’t know another female track athlete who hasn’t had an abortion, and that’s sad,” she told Sports Illustrated Now. Sanya believes that this is a frequent thing in the sport because many runners are afraid to take the birth control Pill due to a consistent belief that taking it will slow them down due to water weight increase. “And then people tell you that when you’re extremely fit you can’t get pregnant because our cycles are shorter,” Richards-Ross said on Glamour.com. “So there’s a lot of miseducation that happens to young women.”

Richards-Ross’ new book released on June 6 and is available everywhere books are sold. She has been married to former NFL cornerback Aaron Ross since 2010 and is expecting child later this year.