Born into a family of talented athletes, named after a football legend, Colombian striker Radamel Falcao has gained an elite reputation for himself within the world of sport. Falcao is currently the captain and top scorer for both the Colombian national team and his AS Monaco club team. The 32-year-old makes his long-awaited World Cup debut Tuesday, when Colombia faces Japan in its first match of the 2018 World Cup.

Though he has become known as one of the world’s top football competitors, Falcao is quick to admit that his satisfaction does not rest in his athletic performance alone.

“We can have everything but if we’re not satisfied spiritually, then it’s as if we had nothing and we feel empty,” Falcao said. “With Jesus Christ, we can be assured that He will never leave us. He’ll always be there. This is something that I have experienced in my own life through His faithfulness and love and through Him showing me that He paid a price for our lives, which was that of His Son, Jesus.”

Having grown up going to church with his family, Falcao made a decision to place his trust in God at an early age. Falcao says it was at this turning point that his desires and outlook on his own career changed. 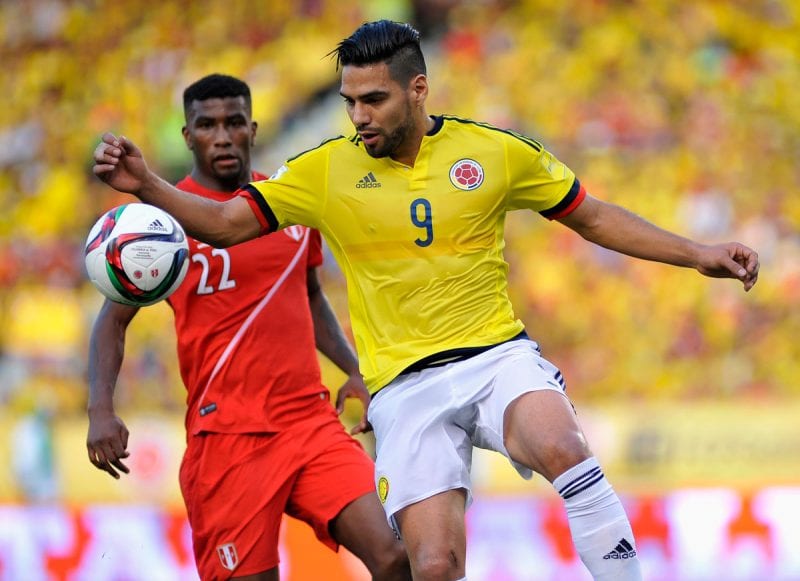 “I understood that He has a plan, which I simply needed to obey because He would go on to fulfill the promises that He had made for my life,” he said. “Players and fans alike enjoy a special moment in football, which is triggered by a goal. I feel truly blessed to have the opportunity to do this.”

He has this opportunity often. His recent 30 goals led AS Monaco, and his 29 goals for Colombia are tops among the team’s active roster.

Falcao began his youth football career at age 15, and in his first year he was labeled “El Tigre” (The Tiger) after a particularly intense game. This is only one of the many nicknames he holds to this day, “King of the Europa League” being another.

Overcoming many obstacles in his career as a professional athlete — including major knee injuries twice — Falcao has persevered and drawn strength from the Bible.

“It’s a manual full of teaching about what God put in place so that we could live vigilantly and be blessed here on earth,” he said. “God is always there to help me. I don’t think there is any situation that can’t be overcome, however testing it may be.”

Falcao began his professional career on home turf in Colombia before moving to Argentina, then to Portugal, where he won his first European title with FC Porto.

“I believe that God used this time for my growth,” Falcao said. “As a professional player, I was able to learn a great deal.”

Falcao once scored 17 goals in 14 games for Porto, setting a new record in the UEFA Europa League for goals scored in a single season. “El Tigre” puts his best foot forward for every competition, entering each game and practice with a prayerful heart.

“I pray for God to take control and as I am part of a team, a workforce made up of many players,” he said. “I also pray for them, for God to look after us, protect us from injuries and other problems. … I try to put all the different areas that make up my life into God’s hands.”

Eager to play in his first World Cup, Falcao saw his childhood dream of competing in the event unfolding — until a serious knee injury ruled him out. Now, four years later, the opportunity to compete in the world’s biggest football competition has once again resurfaced. When Colombia qualified for this World Cup, no one was more emotional than Falcao, who has been working toward this goal for so long.

But his aim for making a lasting impact is not limited to his participation on the field, he applies this to his everyday life.

“God knows the dream of my heart, of being able to play and leave a lasting impact for the future,” he said. “I would like others to see what God can do in the life of a man who has accepted Jesus Christ into his heart. I want others to see the power of God at work in my life and recognize that this is possible for them too.” 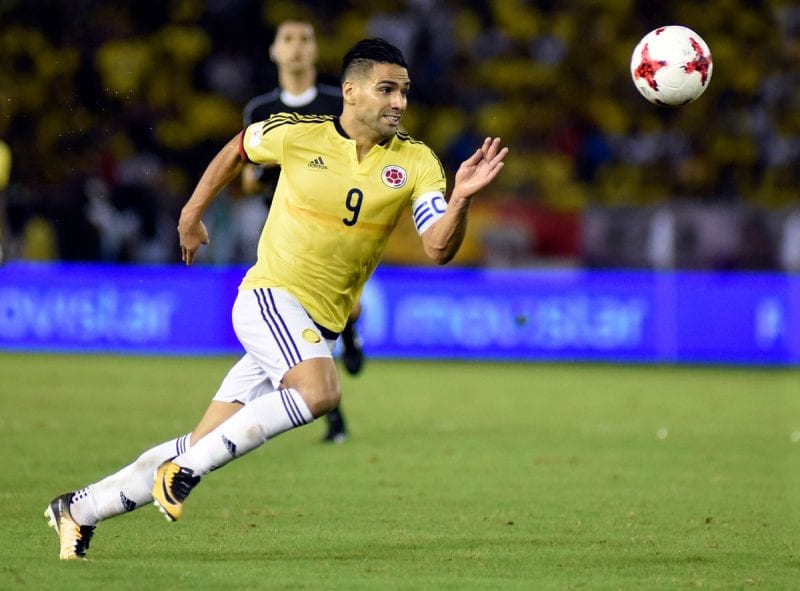 Apart from his life on the football field, Falcao is a devoted husband and father of two daughters. In his own home, Falcao aims to love his family and put their needs before his own.

“I think it’s similar to the love that God has for us, loving us just as we are, He created us and wants to be in relationship with us. He expects nothing in return,” Falcao said.

Falcao’s family has been behind him every step of the way in his football career. Falcao married the Argentinean singer, Lorelei Taron. This young couple seeks to use both of their professional platforms to share their faith in Christ.

“My wife and I share the same principles of wanting to love, obey and please God,” Falcao said. “This means that we can grow together and walk towards the same goal rather than different ones, which is to please God in all that we do.”

Falcao is passionate about sharing his love for the game and love for God with others. Using the international platform of the world’s favorite sport, he continues to impact athletes and fans with his positive outlook on life.

“We have the opportunity to make a difference and show others what Christ has done in our lives,” Falcao said, “which He no doubt wants to do in the lives of others.”

RELATED STORIES:
— Alberto Rodriguez follows Christ as he leads Peru to first World Cup since 1982
— Russia’s Alexander Samedov relies on faith as he leads host nation into 2018 World Cup
— 2018 FIFA World Cup preview: A look at each of the 32 teams